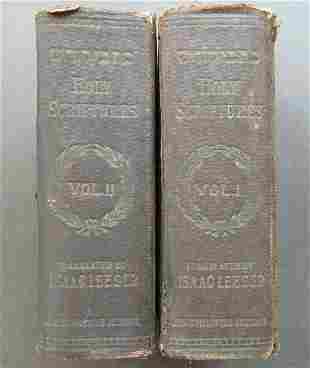 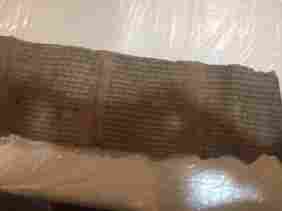 "NO RESERVE" item will sell to highest bidder!THIS RARE MEGILLAT ESTHER WAS PASSED DOWN OVER 200 YEARSm(comes with Appraisal Certificate.EACH PAGE STARTS WITH THE WORD HAMELECH "THE KING" AND IT HAS 1

BOSTON – RR Auction is proud to present the Einstein Archives of Ludwik Silberstein—a remarkable collection of correspondence focused on the theory of relativity. The sale is highlighted by a letter in which Einstein writes his famous equation, E = mc2, the only known example in private hands. The short 1946 letter carries an estimate […]

JERUSALEM — Israeli archaeologists on Tuesday announced the discovery of dozens of Dead Sea scroll fragments found in a desert cave and believed hidden during a Jewish revolt against Rome nearly 1,900 years ago.