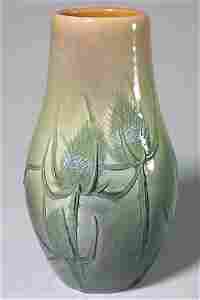 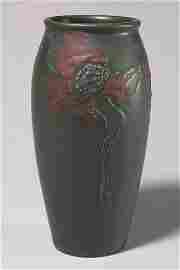 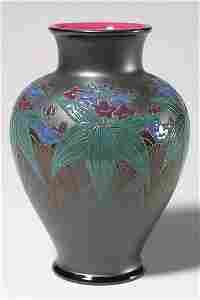 Mat pieces include Vellum scenics by Shirayamadani with birds and one with lotus blossoms, several Arts & Crafts pieces by Barrett and Hentschel, a nice grouping of Z Glaze mat vases and an extremely rare carved lamp base by Shirayamadani with a Tiffany Shade. There is also a fine Painted Mat vase by Wilcox with roses.

Critters abound as usual with several rare sets of bookends including Indians, Seals, Sleeping Man and Turkeys. Other animal paperweights (cats, dogs, a rabbit, a fox, monkeys and elephants) will be available.


Auctions to be held at 225 East Sixth Street, Fifth Floor

Pottery and glass may be previewed on the fourth floor Monday through Friday during regular business hours through the month of October. Additional preview hours are as follows: 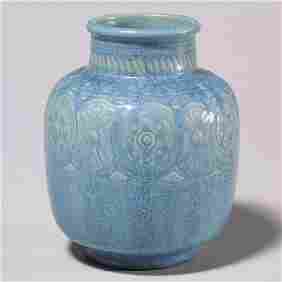 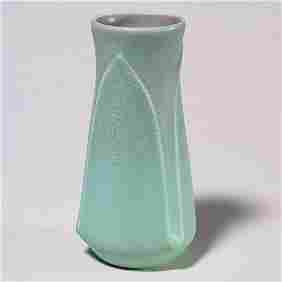 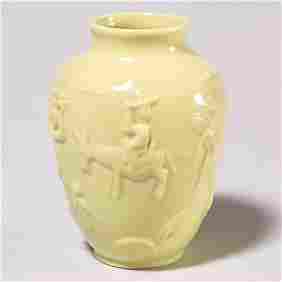 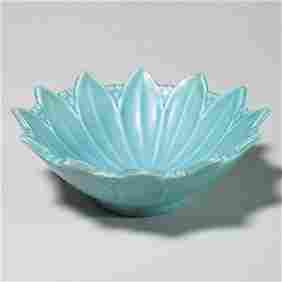 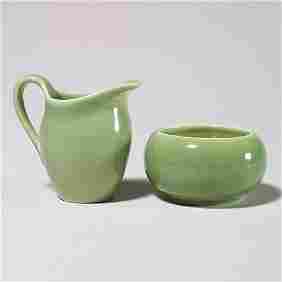 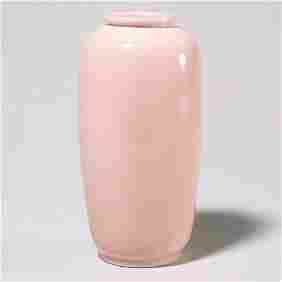 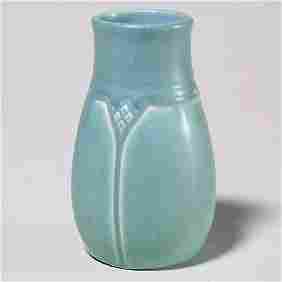 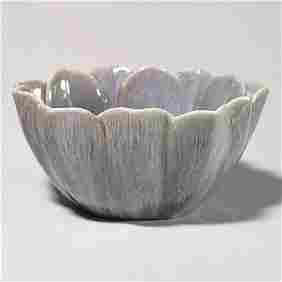 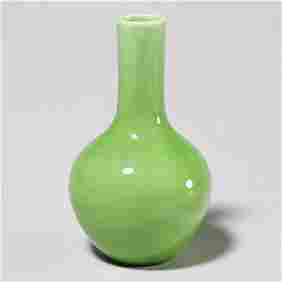 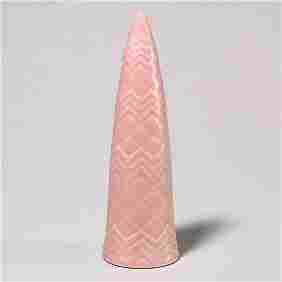 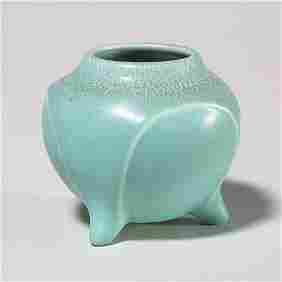 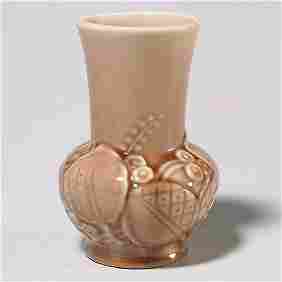 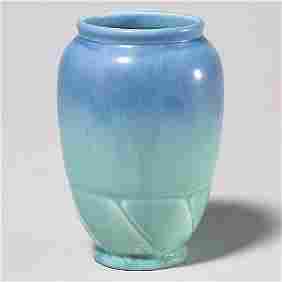 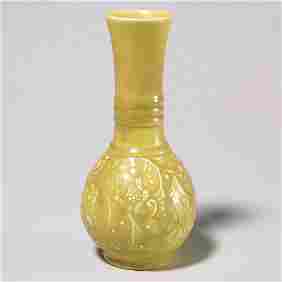 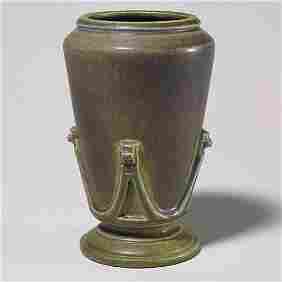 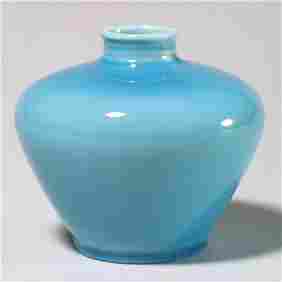 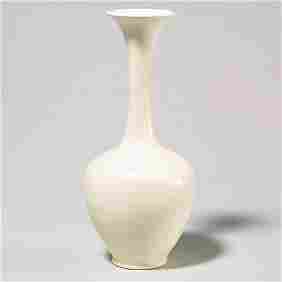 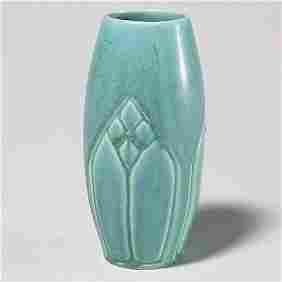 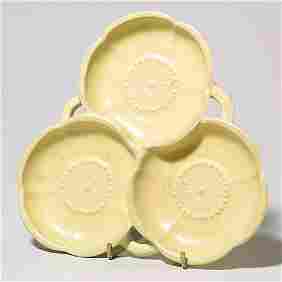 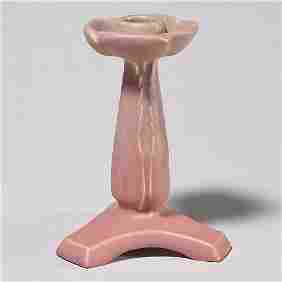 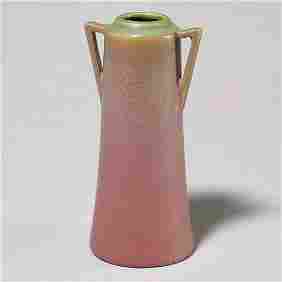 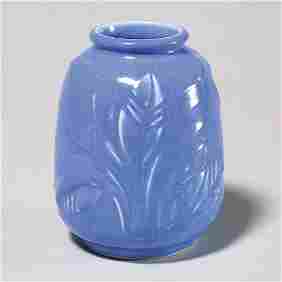 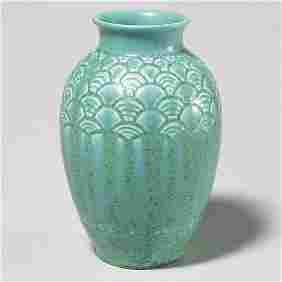 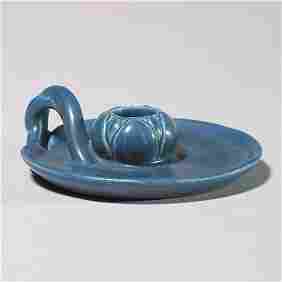 Regular Business Hours during the Month of October.

Terms of Sale The buyer is the person making the final and highest bid. In the event of a disputed bid, the auctioneer shall determine who is the successful bidder, or the auctioneer may resell the lot in dispute, but in all instances the judgment of the auctioneer shall be final.
Sales Tax A 7% Ohio Sales Tax applies to all retail purchases. Ohio Sales Tax exemption forms must be executed and filed with the auction clerk at the time of auction registration. Note: Purchasers of items shipped out of state are subject (where applicable) to report and pay use tax to the state into which the items are being shipped.
Withdrawal The auctioneer reserves the right to withdraw any lot before or at the time of the sale.
Credit, Methods of Payment Cash, Visa(r), Mastercard(r), certified check and bank letters of credit are acceptable methods of payment. If you are known to us, your credit, and your credit only, can be established. Please check with the sale clerk. No company or personal references are accepted. We would appreciate credit arrangements being made in advance of the auction date. Persons not making prior credit arrangements can pay by personal check, but no merchandise can be removed until all checks have cleared. Any packing and shipping expenses will be borne by the purchaser. All items must be paid in full within 72 hours of the end of sale or the Auctioneer retains the right to resell the property, either at auction or by private sale. Purchaser will be liable for any deficiencies and all costs incurred, including collection and legal fees.
Bidding Lots will be sold in the order in which they appear in the catalog. The normal bidding increments are as follows:
0-$200 Bids will increase in $10 increments
$200-$500 Bids will increase in $25 increments
$500-$1000 Bids will increase in $50 increments
$1000-$5000 Bids will increase in $100 increments
$5000-$10000 Bids will increase in $250 increments
$10000+ Bids will increase in $500 increments
The Auctioneer reserves the right to vary the bidding increments. The final bid is the price at which the lot is knocked down to the buyer. This final bid, in all cases, is subject to a 15% buyer's premium (20% if bidding via the Internet), the purchase price being the total of the two sums. If the purchase price is not paid in full, the auctioneer may either cancel the sale, and any partial payment already made shall be there upon forfeited as liquidated damages or the auctioneer may resell the lot, without notice to the buyer.
Absentee, Written, Telephone and Internet bids Absentee bids are welcomed. Absentee bids will be executed as if the bidder were present at the auction with the earliest bid received having preference in case of a tie between absentee bidders. Floor bids will be taken over absentee bids in case of a tie. Absentee, written or telephone bids are subject to the same 15% buyer's premium, and all credit requirements as listed above. Internet bids are subject to a 20% buyer's premium as well as the credit requirements. The auctioneer, Cincinnati Art Galleries, and their employees are not responsible for absentee, written or telephone bids that are not properly executed. We have a limited number of telephone lines available during the auction. These will be reserved on a first come first served basis for telephone bidding. Due to the limited number of lines, we may not be able to accommodate telephone bidding on lots with low estimates of under $500. We will be happy to accept absentee bids on any lots not eligible for telephone bidding. All packing and shipping cost of items purchased by Absentee, Written or Telephone bids will be borne by the purchaser.
Buyer's Premium The final bid ("hammer" price) is subject to a buyer's premium (see "Absentee, Written, Telephone and Internet bids" above). The purchase price is the total of these two sums.
Reserves and Estimates The estimated value of each lot is printed in the catalog, and merely reflects the price range into which a lot might fall. All lots have a reserve price below which they will not be sold. The reserve price is not published in the catalog, but in no case is it higher than the lower amount of the estimated price.
Removal All lots are to be removed by their buyers not later than 9:00 p.m. day of sale. Lots are released to buyers upon presentation of proof of payment.
Packing and Shipping We have made arrangements to assist in packing and shipping your purchases should you desire. We will pack any item and arrange shipping through U.P.S., Federal Express or other shippers, as long as the items are insured. International shipping is likewise available. Packing and shipping will be done on a "time and material" basis and all cost will be billed directly to the purchaser. We fully expect excellent results and moderate prices from our new packing and shipping arrangement.
Guarantee All lots in this catalogue are guaranteed as described and are guaranteed to be free of other problems or repairs. Crazing is only mentioned if objectionable. Sizes are approximate. (See Peck Book II for shape number references). We guarantee the authenticity of all lots in this auction.
Advice to Bidders The Cincinnati Art Galleries staff is available to discuss all lots with potential buyers at all presale exhibitions, or by telephone (513-381-2128) Monday thru Friday 9 a.m. and 5 p.m., Saturday 10 a.m. and 4 p.m.
Prices Realized The list of prices realized at the auction will be mailed shortly after the sale. Lots that have been withdrawn from the sale or that have failed to reach the reserve price will be excluded from the prices realized.