6: A Group of Four Carved and Painted Wooden Figures

See Sold Price
Sell a Similar Item
Don't Miss Your Next Treasure.
Set up a search alert to hear when Advertisements items arrive. 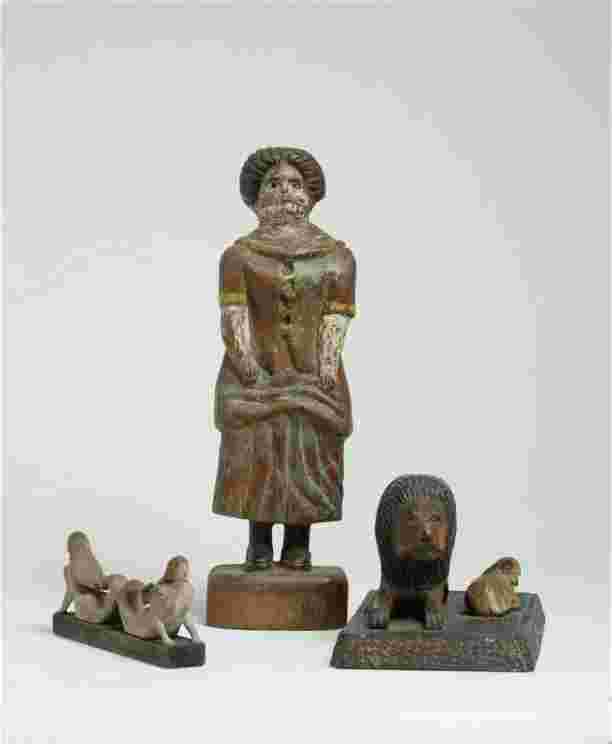 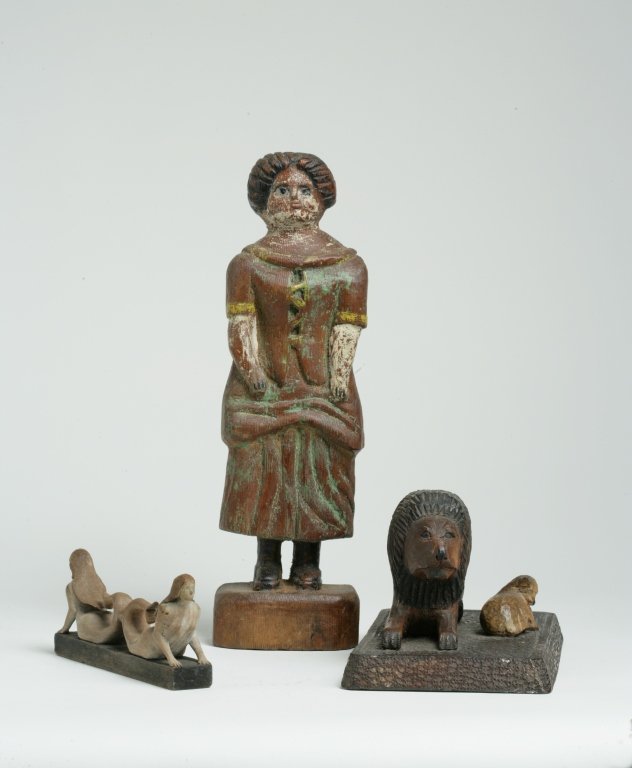 James Abbe, Jr. and his wife Kathryn had identical passions in life. Both had established careers in photography and shared an enthusiasm for art and antiques; their interests meshed perfectly - antiques, old buildings and photography. Mr. Abbe's particular interest in American folk art was first stirred in the 1930s when he saw the Museum of Modern Art's pioneer folk art show; even retaining the catalogue as an adult. During the 1960s Mr. Abbe's passion for antiques prompted his retirement from photography when he opened an antiques shop in Oyster Bay. An early champion of American folk art, he became one of the pre-eminent dealers on Long Island. The couple loved to go on buying trips, to antiques shows and to auctions together.

The Abbes' home is a wonderful, welcoming, sunny place. The splendid, American folk art is everywhere throughout the house: the kitchen, the bedrooms, living room, even in the bathroom, where old advertising signs hang above the sink. The folk paintings depicting young twin girls in identical white empire dresses, dating from circa 1815; their stern expressions showing an edginess which is found in the best American folk art. "What is most impressive about the furnishings is the richness, the sense there are wonders everywhere. The store closed one year before Mr. Abbe's death in 1999, but Kathryn still treasures the many folk art pieces and antiques she and her husband collected through the years. Keno Auctions is honored to bring to auction the tremendous collection the Abbes' assembled with great passion and a discerning eye," concludes Mr. Keno.

Condition: Rooster has an early tin repair and first half 20th century re-paint.

Rooster has an early tin repair and first half 20th century re-paint.

6: A Group of Four Carved and Painted Wooden Figures

New York, NY, USA
90 Followers
Get notifications from your favorite auctioneers.
As Seen On
Shop With Confidence
Since 2002, LiveAuctioneers has made exceptional items available for safe purchase in secure online auctions.
Popular Searches
Artists & Creators
Brands
Style Periods
Origins
Company
Winning
Selling
Â© 2002-2020 LiveAuctioneers. All Rights Reserved.Cookie PolicyTerms & ConditionsPrivacy Policy
This site is protected by reCAPTCHA and the Google Terms of Service and Privacy Policy apply.
BACK TO TOP