See Sold Price
Sell a Similar Item
Don't Miss Your Next Treasure.
Set up a search alert to hear when Decoys items arrive. 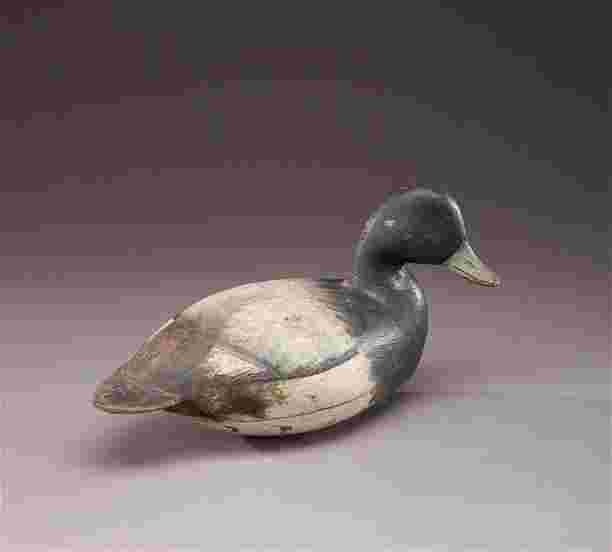 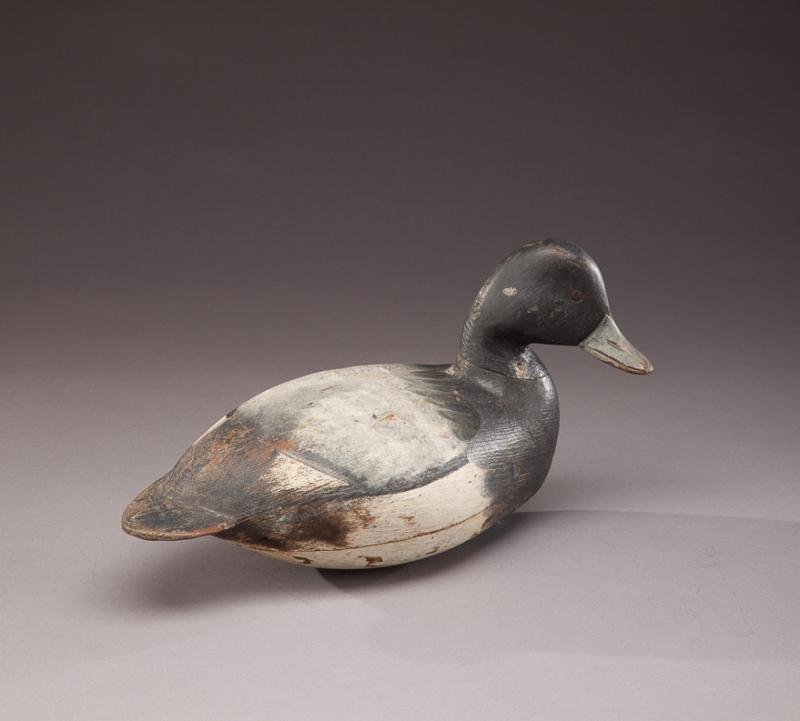 With this exceptional turning bluebill, Ira Hudson has incorporated elements into a decoy that seem to be completely unique to this Southern maker’s work. Every aspect of the bird’s form and paint from tip to tail supports its animation.

Well conceived and executed, the bird’s head is positioned in a turn that is echoed in the curvature of the tail. The extraordinary steps taken by Hudson may have been done to capture the essence of a preening scaup. Upon resurfacing, scaup, which are active divers, will often fluff their feathers to dry off and reach back with their bills to their preen (uropygial) gland. They then use the oil gathered on their bill to dress their feathers.

The asymmetrical paint to the breast, scapulars, and speculums was intentionally applied to denote movement of the wings and body and Hudson’s efforts even extend into to the curvature of the carved ice groove behind the bird’s head. Hudson’s obsession with creating motion in this decoy lead him so far as to take anatomical liberties, even curving the bird’s bill.

The underside has “5-5” stamped into the lead weight and hand painted below the weight. These numbers are believed to be the identification marks of Carter Smith (1898-1971), “the first Southern decoy collector.”

This rare decoy is illustrated twice in Henry Stansbury’s book on Ira Hudson and also appears in Gene and Linda Kangas’ book, Decoys.

This celebrated Hudson is considered to be the finest hollow bluebill by the maker known to exist and ranks as one of the finest bluebill decoys to ever be offered publicly at auction.

Original paint with gunning wear and minimal touch-up to head.

New York, NY, USA
55 Followers
Get notifications from your favorite auctioneers.
As Seen On
Shop With Confidence
Since 2002, LiveAuctioneers has made exceptional items available for safe purchase in secure online auctions.
Popular Searches
Artists & Creators
Brands
Style Periods
Origins
Company
Winning
Selling
Â© 2002-2020 LiveAuctioneers. All Rights Reserved.Cookie PolicyTerms & ConditionsPrivacy Policy
This site is protected by reCAPTCHA and the Google Terms of Service and Privacy Policy apply.
BACK TO TOP