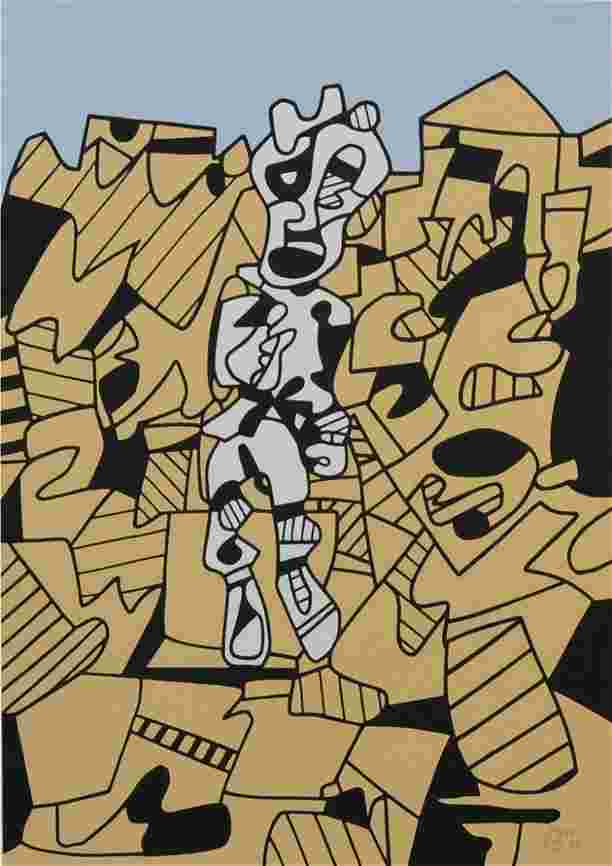 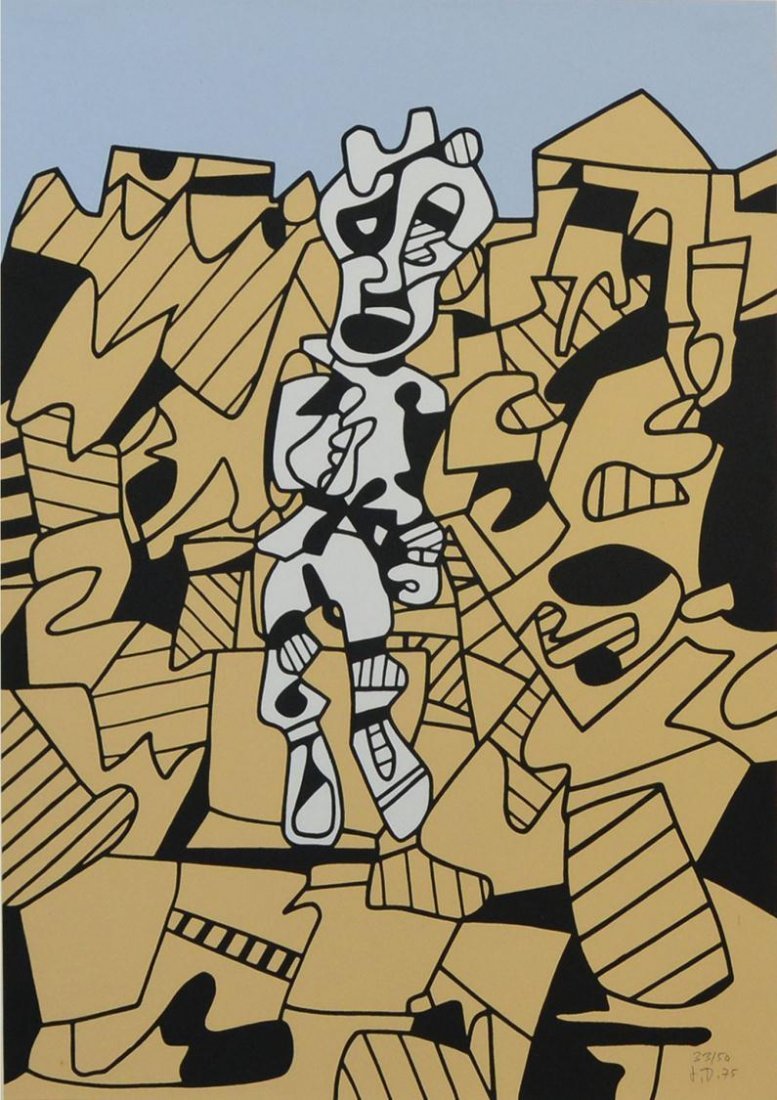 **Provenance: Estate of Vera Habrecht Simons (German/American,1920-2012) was an international artist with a varied background in other disciplines which have greatly influenced her artwork. Her work was featured in group shows alongside her contemporaries, Bruce Nauman, Richard Serra, Andy Warhol and Christo. She studied formally at the Walker Art Center, the Minneapolis School of Art, the Corcoran School of Art in Washington, D.C., and with the artist, Theodore Stamos. During the 1950's she co-founded and owned Winzen Research in Minneapolis, Minnesota. The company was dedicated to the design, construction and flight of high altitude plastic research balloons. She holds four patents on these balloons and became a gas balloon pilot. The balloons were used for atmospheric research, cosmic radiation, and for astronomical studies. Importantly, the company built pressurized, air-conditioned capsules to test animals and humans which were sent aloft to space-equivalent conditions. She is cited by Dr. Tom Crouch of the Smithsonian Institution in the book "The Eagle Aloft: A History of Ballooning in America," as "one of the important early pioneers in the area of plastic balloons." Craig Ryan also mentions her extensively in his book, "The Pre-Astronauts". In 1971 she was chosen for a group exhibition at the Stedelijk Museum in Amsterdam, Holland. In addition, the museum commissioned her to make a gas balloon flight from the museum grounds. She titled the project "Drift Amsterdam" and took time-lapse photographs while floating across Holland. As a result of this experience, she conceived of a project to combine art and science titled, "Project Da Vinci". A series of four manned helium gas balloon flights were sponsored by the Environmental Protection Agency, the National Oceanic and Atmospheric Administration, General Electric, and the National Geographic. On these flights she executed performance pieces, took time-lapse photographs, and dropped messages to interact with viewers on the ground. The scientists aboard collected vital information about the environment and migratory pollutants. In 1986, she created a commissioned work for the roof of the National Gallery of Scotland. This work, titled "Aerial Crown", echoed the facade of the Gallery on the central parapet, and was lit from within. She also created a series of commissioned projects in Germany, Austria, Houston, New York, Albuquerque, and other sites. Her work has been shown on four continents. Her art includes paintings, mixed media works, photograph, large-scale drawings and patterned photo collages. Her art has been greatly influenced by her aerial experiences, her keen interest in the environment, and the creation of her site works. **Please phone Austin Auction Gallery at 512-258-5479 if you would like the complete listing of her gallery exhibitions and shows.** Start Price: $40.00

15,855 Followers
Get notifications from your favorite auctioneers.
As Seen On
Shop With Confidence
Since 2002, LiveAuctioneers has made exceptional items available for safe purchase in secure online auctions.
Popular Searches
Artists & Creators
Brands
Style Periods
Origins
Company
Winning
Selling
Â© 2002-2020 LiveAuctioneers. All Rights Reserved.Cookie PolicyTerms & ConditionsPrivacy Policy
This site is protected by reCAPTCHA and the Google Terms of Service and Privacy Policy apply.
BACK TO TOP