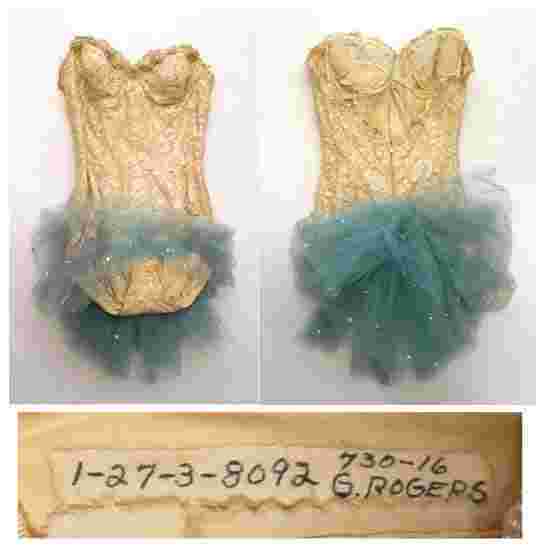 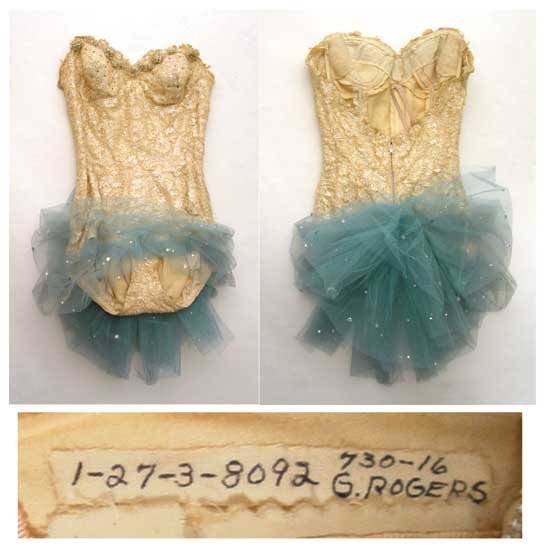 An eye-catching ivory sparkle lace breifer believed to be worn by Ginger Rogers in her starring role as Lottie Marin in the 1954 thriller/drama Black Widow. Created by renowned costume designer Travilla, this piece features a pale blue net draped around the hips which nicely accents the breifer. A handwritten sewn-in wardrobe label on the inside lining reads: "1-27-3-8092 730-16 G. Rogers." In fine condition. This costume is from the prestigious collection of Debbie Reynolds and is accompanied by a certificate of authenticity signed by Debbie Reynolds and Darren Julien of Julien Entertainment. Proceeds from this sale go to benefit The Debbie Reynolds Hollywood Motion Picture Museum.
About The Film:This 1954 Twentieth Century Fox film stared the beautiful Ginger Rogers and teamed her with other greats such as Van Heflin, George Raft and Gene Tierney in a story about a Broadway producer who is suspected of the murder of a ambitious, young girl. A classy "who done it" with glamorous settings and a talented cast.
Click Here To View Auction Items From Barbra Streisand