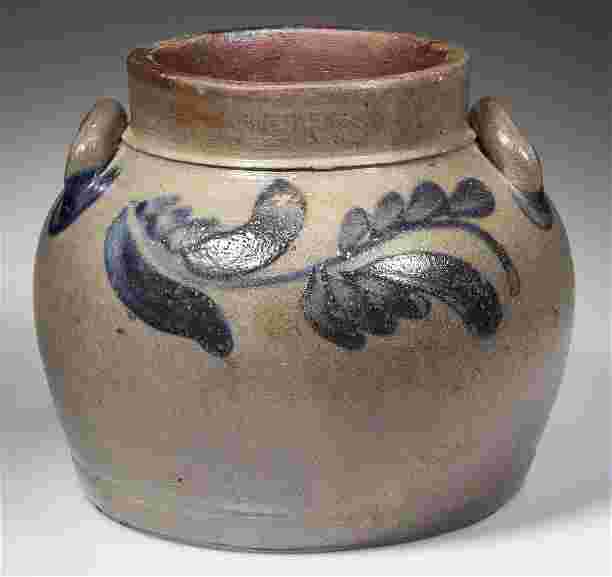 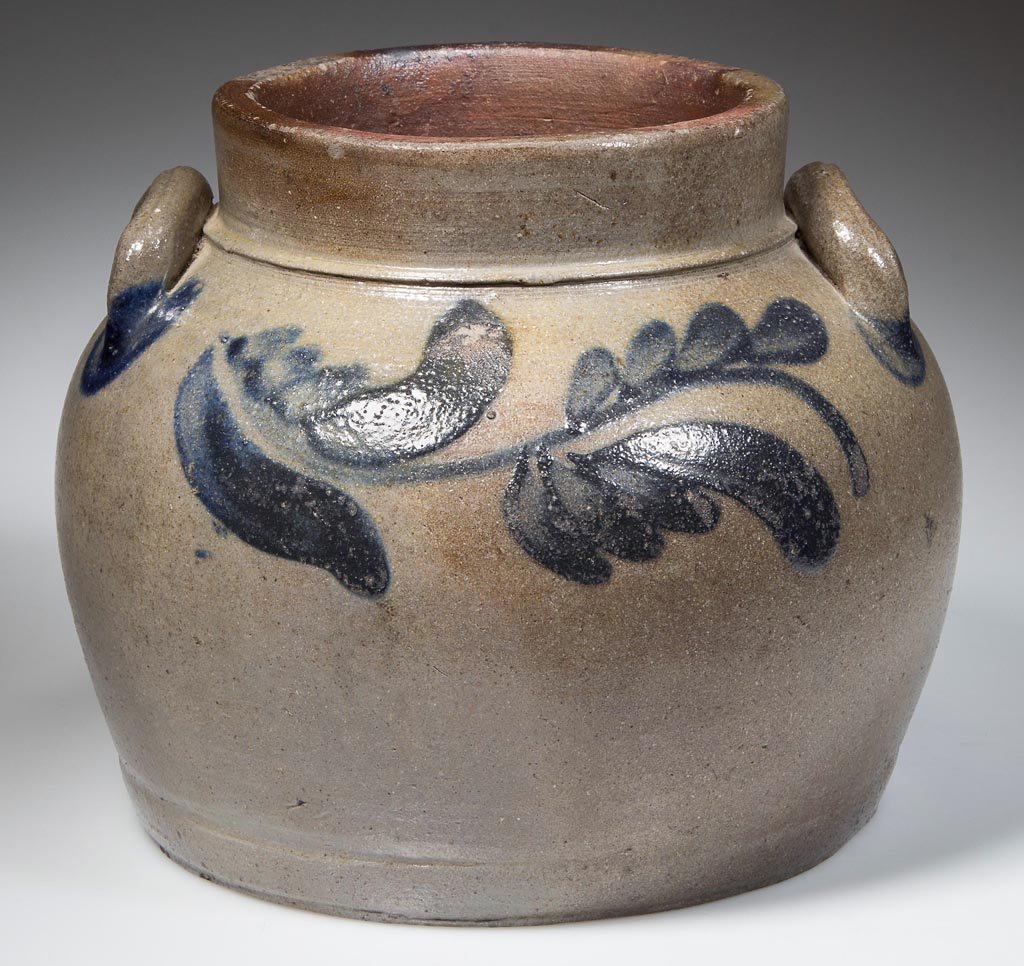 Catalogue Note: This is one of a growing group of pottery attributed to Andrew Coffman's son and/or grandsons in the Elkton area.
Col. Henry H. Miller Jr/III (1797-1873) was the initial owner of the pottery having established it on the Shenandoah River prior to 1859. William S. Coffman and his brothers represent the third generation of Coffman family potters. In the 1870 Rockingham Co. census William is recorded as a potter living with Henry Miller while his father, also listed as a potter, resided next door in the potter's house with his younger sons who were recorded as "Potter's apprentices."
Upon Henry Miller's death in 1873, his son Joseph George Harnsberger Miller took over the pottery and began advertising as the "Riverton Crock Works of Messers Miller & Coffman". Research on the Miller and Coffman family pottery ventures is ongoing.

Small hole drilled just above the base on the reverse, otherwise undamaged.

9,318 Followers
Get notifications from your favorite auctioneers.
As Seen On
Shop With Confidence
Since 2002, LiveAuctioneers has made exceptional items available for safe purchase in secure online auctions.
Popular Searches
Artists & Creators
Brands
Style Periods
Origins
Company
Winning
Selling
Â© 2002-2020 LiveAuctioneers. All Rights Reserved.Cookie PolicyTerms & ConditionsPrivacy Policy
This site is protected by reCAPTCHA and the Google Terms of Service and Privacy Policy apply.
BACK TO TOP