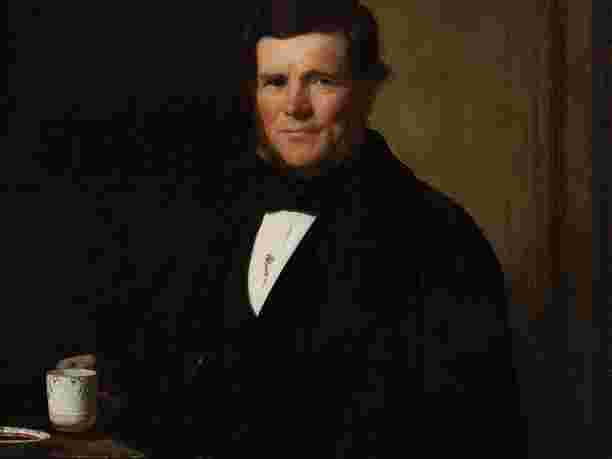 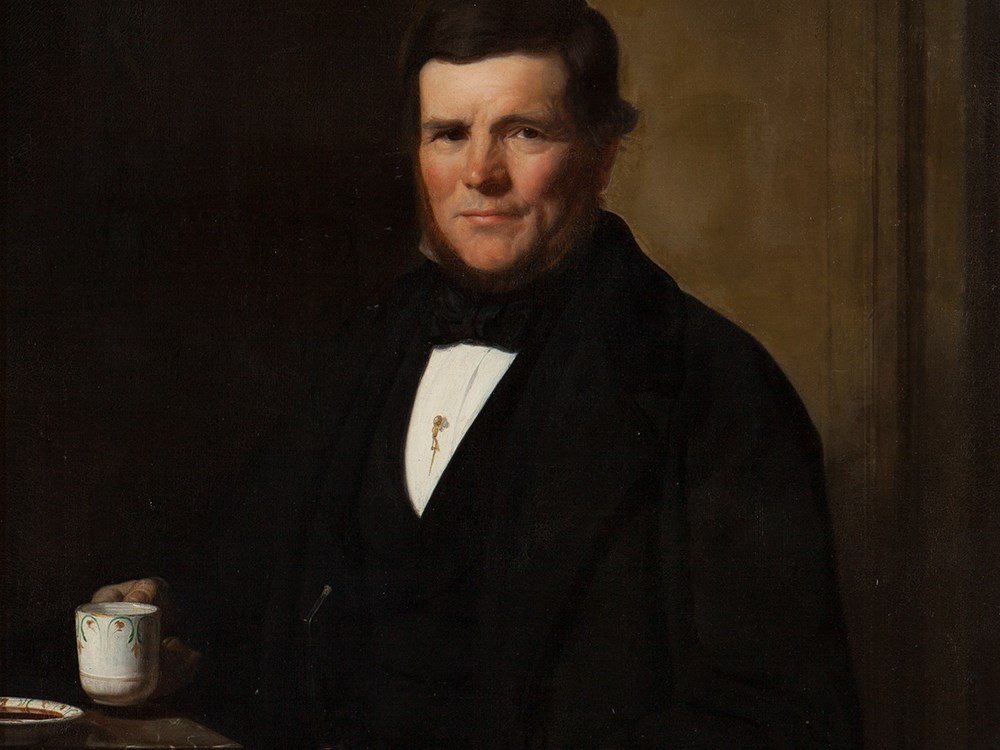 Oil on canvas, relined
France, 1860
Camille Dolard, also named ’le Jeune‘ (1810-1884) – French portrait- and still life painter as well as photographer
Signed and dated ‘Dolard Jeune. 1860’ (central left)
Overall dimensions, framed: 123.5 x 102 cm
This large scale portray of an elegantly dressed gentleman from the late Biedermeier period is characterized by careful execution and vivid representation of the portrayed - paintings by Camille Dolard are rarely on offer and fetch up to more than 9,000 euros at international auctions

This painting by the French painter and photographer, Camille Dolard, also named ‘le Jeune’, was executed in 1860. It depicts an elegantly dressed gentleman, sitting at a table. The sitter, looks towards the viewer, holding a porcelain cup with gold rim and a pipe. The simple interior and realistic elaboration are characteristic for Biedermeier paintings.

The painting is signed and dated ‘Dolard Jeune. 1860’ (central left). It is in good condition considering its age. The canvas has been relined and there is a number of scattered areas of retouching. A slight indentation with minor loss of color is visible in the upper right area. The frame shows slight traces of age as well. The overall dimensions including the frame are 123.5 x 102 cm. The stretcher frame measures 101 x 81 cm.

Camille Dolard, also named ‘le Jeune‘, was born 1810 in Lons-le-Saunier. He was a student at the École des Beaux Arts in Lyon under Renvoil and Bonnefond. During the time from 1855/65 to 1884, his portraits and still lifes were regularly exhibited in the Lyoner Salon.