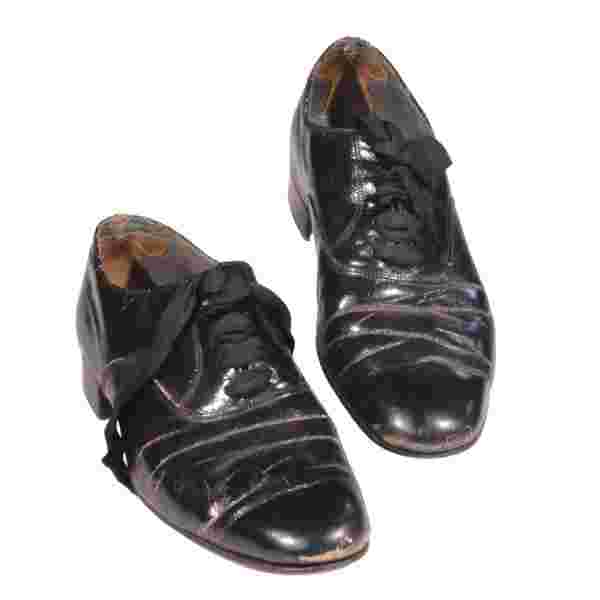 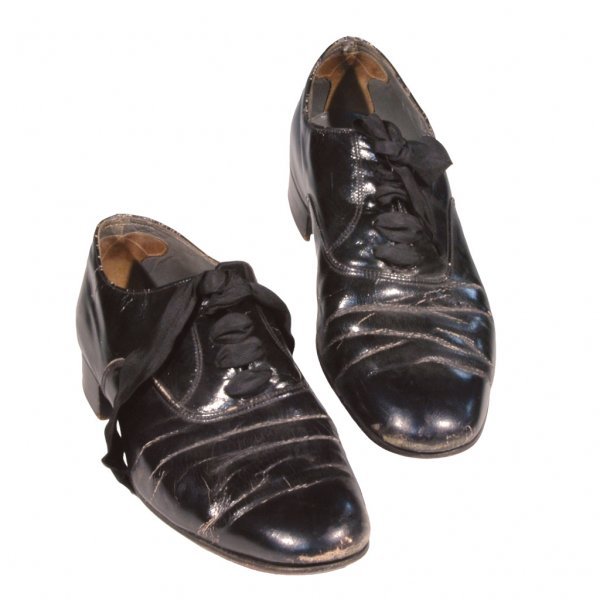 Without doubt, Fred Astaire was the most prolific and influential dancer in cinema history. He constantly created new routines; one of his major objectives was to never repeat himself. In 1979, Fred Astaire played the lead role in a made-for-television movie entitled The Man in the Santa Claus Suit, for which Dick Clark was the executive producer. In it, Mr. Astaire plays many roles: costume shop owner, chauffeur, policeman, cab driver, jeweler, floor walker, choral director, and Santa Claus.

Dick Clark's friend Al Schwartz was hoping that Mr. Astaire would be able to perform for his 50th birthday party celebration on November 30, 1979. Unfortunately, Mr. Astaire was already booked for that day, so movie co-producer Al Schwartz secured a consolation prize for Mr. Clark-a pair of autographed Fred Astaire shoes-presented to him on his birthday. These black leather lace-up dress shoes were manufactured by the I. Miller Shoe Company, and sold by the now-defunct California department store I. Magnin. Miller was a famed chain of theatrical shoe stores founded by Israel Miller in the 20s; they produced high-end shoes until the 60s.

The leather on the uppers are deeply creased, and there are considerable scuffs on the leather soles, indicating that Mr. Astaire probably performed in these shoes on many occasions. The shoes are accompanied by a note card with Fred Astaire's image, dated November 30, 1979 that reads: