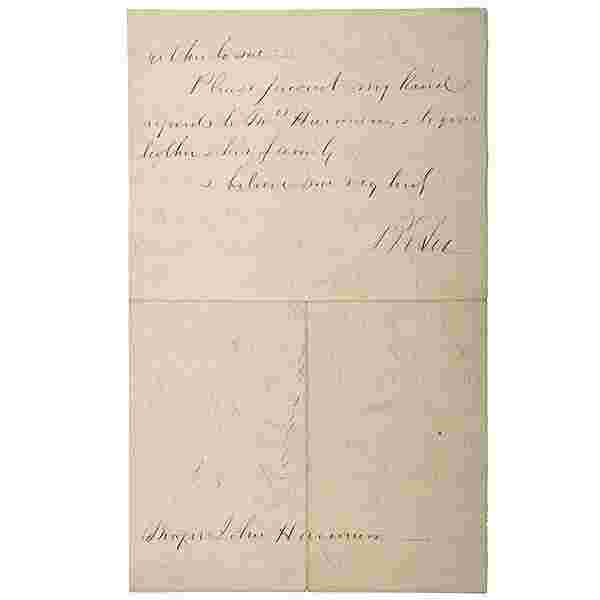 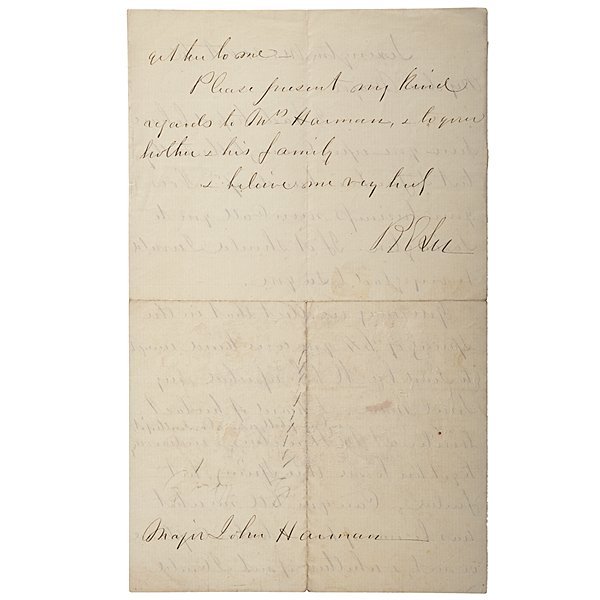 You may recollect that in the spring of '64 you were kind enough to send back to be refreshed my sorrel mare. I heard of her last winter at A.M. Hairston's (in Campbell or some County south of it) endeavoring to get her to me in the spring, but failed. Can you tell me what has become of her, whether captured or not, and whether if not I could get her to me.

One of the most iconic images of the war is an aged General Lee sitting astride his famous gray horse Traveller. What many people do not know is that Lee actually owned and rode two horses alternately into battle during the war, the other being his beloved sorrel mare Lucy Long. General Lee had received Lucy as a gift from J.E.B. Stuart in 1862. General Lee rode Lucy for two full years during the war until, in 1864, when, according to Douglas Freeman, in his work R.E. Lee, pages 306-307:

"Broken down then by hard riding and scanty food, the mare had been sent out to Henry County, Virginia, to recuperate. Lee recalled her before the opening of the Appomattox campaign, but never received her. She got into a stable of government horses and was sent to Danville, where she either was stolen or else was carried off by some soldier when the Confederacy collapsed."

Freeman goes on to state that in 1866, "Lee learned of her whereabouts...and paid for her out of consideration for Stuart's memory." What Freeman doesn't state, nor do we find any other Lee biography is how Lucy Long was found, and this letter gives the rest of the story.

9,996 Followers
Get notifications from your favorite auctioneers.
As Seen On
Shop With Confidence
Since 2002, LiveAuctioneers has made exceptional items available for safe purchase in secure online auctions.
Popular Searches
Artists & Creators
Brands
Style Periods
Origins
Company
Winning
Selling
Â© 2002-2020 LiveAuctioneers. All Rights Reserved.Cookie PolicyTerms & ConditionsPrivacy Policy
This site is protected by reCAPTCHA and the Google Terms of Service and Privacy Policy apply.
BACK TO TOP