brim folded in, having hand decorated butterflies on the outside of each side of the brim, floral and leaf decoration on the

Blenko mid-century glass rose fish vase. Measures at 17 in. long and 7.75 in. tall. No chips, cracks or repairs. Provenance:

Blenko mid-century glass rose fish vase. Measures at 11 in. long and 8 in. tall. No chips, cracks or repairs. Provenance: 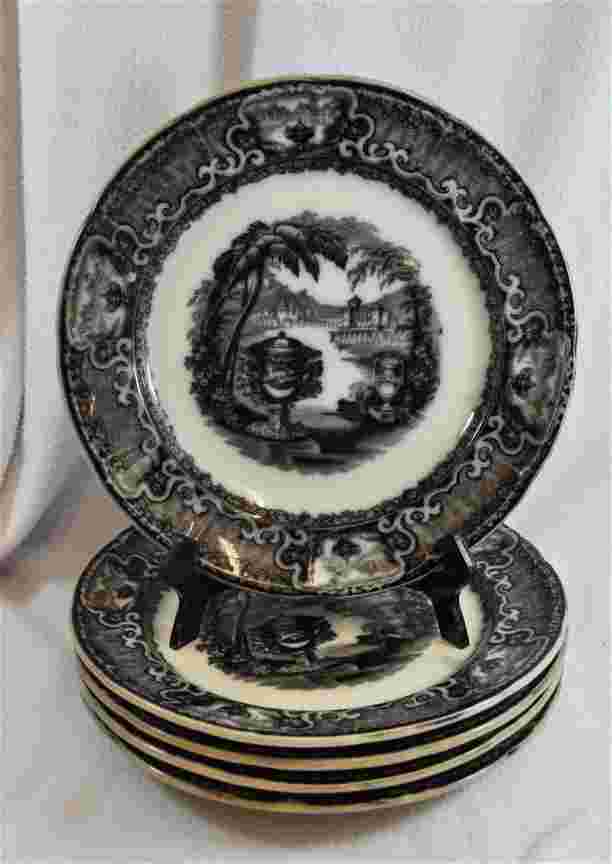 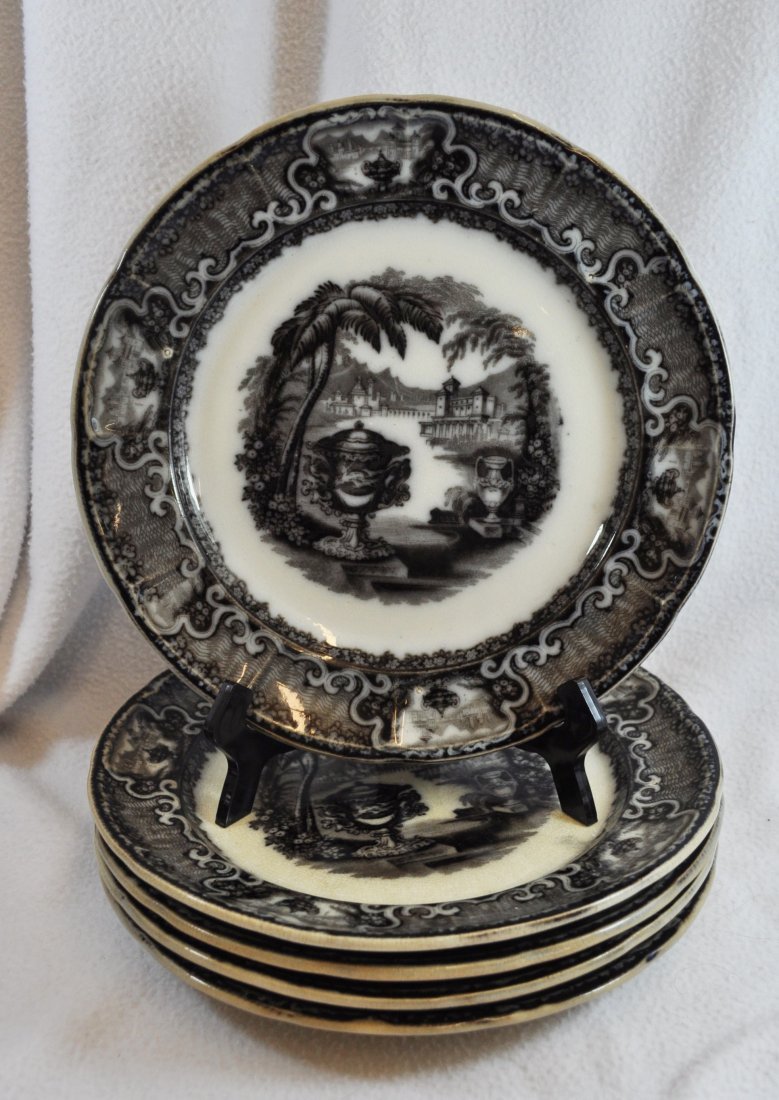 The AEAA is very pleased to present this set of 5 Rare Early Victorian deep flow blue transfer plates from the renowned Podmore Walker & Co. of Tunstall, and Staffordshire, England. These plates are all finished in the valuable Washington Vase Romantic Staffordshire scenic pattern with a lake, palace and large urns front & center. Four of our examples have damage, but one is in VG condition. The pattern was from ca. 1838-1843, and the base P W & Co. oval stamp was used from 1834 to 1859. Our set weighs 5# 6 oz, and sit 9.5 inches in diameter. xxxxxxxxxxx. G. Podmore, Walker & Co. took over the Unicorn Pottery and Pinnox Works on Well Street in Tunstall, Staffordshire in 1834. By 1850, the company had expanded to the Amicable Street works, and in 1853, closed the Well Street factories, moving that operation into the Swan Bank Tunstall, Staffordshire Potteries, which had been vacated by Ralph Hall in 1849. Podmore, Walker & Co. is actually listed by Ward in 1843 as having two factories, Newfield and Tunstall, but both Geoffrey Godden and the Kowalskys date the acquisition of the Newfield Pottery ca. 1856 to 1859, and the initials P. W. & Co. appear on several printed marks, with history recording that the Co. is the Enoch Wedgwood partnership. In late 1859, the firm officially became Wedgwood & Co., when Enoch Wedgwood succeeded the older partnership, and the use of the P & W stamp designation ceased forever. After 1859 the marks WEDGWOOD and WEDGWOOD & CO. were used, and Chaffers illustrates a mark of a Unicorn with WEDGWOOD & CO. on a blue-printed plate, PLUS, as this includes the words Trade Mark, it denotes a date after 1860. In post 1860 examples, Wedgwood & Co. also used the trade name PEARL STONE WARE.

SHEFFIELD, AL, USA
22 Reviews
128 Followers
Get notifications from your favorite auctioneers.
As Seen On
Shop With Confidence
Since 2002, LiveAuctioneers has made exceptional items available for safe purchase in secure online auctions.
Popular Searches
Artists & Creators
Brands
Style Periods
Origins
Company
Winning
Selling
© 2002-2020 LiveAuctioneers. All Rights Reserved.Cookie PolicyTerms & ConditionsPrivacy Policy
This site is protected by reCAPTCHA and the Google Terms of Service and Privacy Policy apply.
BACK TO TOP