AUTOMATON MUSICAL CLOCK MADE FOR THE CHINESE MARKET 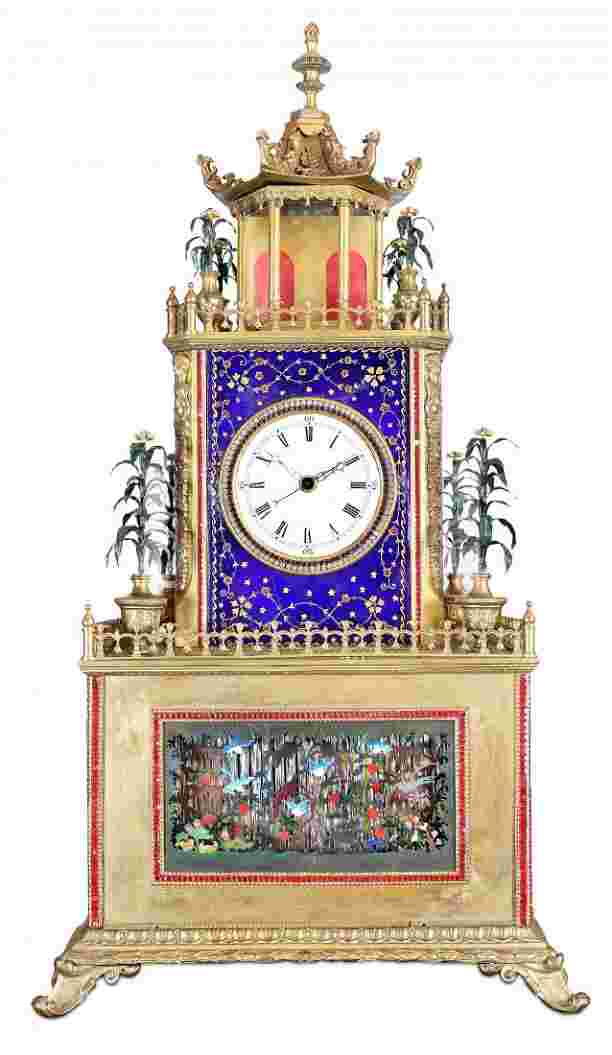 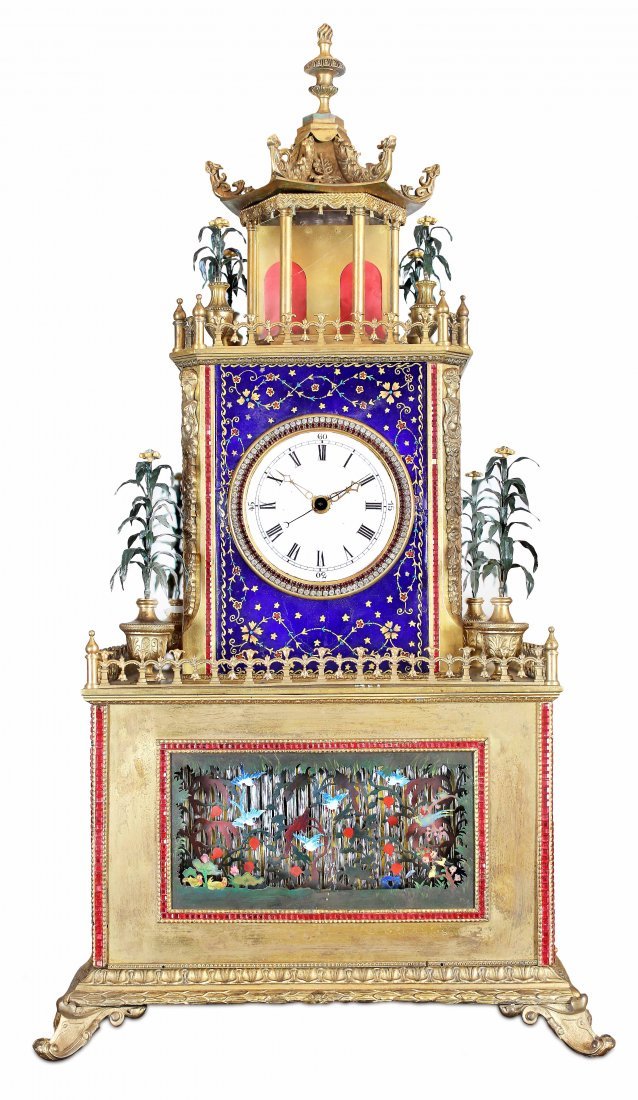 For similar clocks please see the two clocks made for the Chinese market in the Imperial collection of clocks from the Forbidden City.

From the time the first clocks were brought to China from Europe around 1582, the Chinese Emperors were fascinated with European mechanical clockworks. As objects of curiosity and items of luxury, these early clocks incorporated mechanisms including music and animated figures. European clocks were called 'zimingzhong' or 'self-sounding bells' by the Chinese for their musical chimes and striking bells and known as 'singsong' clocks by the British.
Contemporary sources suggest that by the end of the first quarter of the eighteenth century, clocks in the Palace numbered in their thousands. The Qianlong Emperor (r. 1736-1795) in particular was an avid collector of all types of timepieces and automatons and his enthusiasm for both European and Chinese-made clocks and watches was limitless. He had thousands of European and Chinese clocks in his collection that were aimed at mesmerizing the beholder and prized for their novelty and design. More than 4,000 examples existed in the Imperial Palaces and their chiming was heard throughout the day.
These magnificent timepieces rank among the most extravagant clocks ever made, combining Western and Chinese decorative elements. The cases, of highly decorative ormolu, were often further embellished with brightly colored enamels and paste gems, the rich designs matching equally elaborate and complex clockworks and mechanical movements including musical movements and automata. Representing the Emperor's power and status, they were also regarded as the epitome of 'Western' style and design. By the middle part of the eighteenth century, the fashion for Western clocks had disseminated from the Imperial Court to the elite of Chinese society, often rivaling the Emperor's own collection of clocks.
Many of these magnificent timepieces were inspired by the fabulous musical and automaton clocks commissioned by the English clockmaker James Cox. A large number of his works were exported to the Far East during the second half of the 18th century. While Cox's fortunes declined in the later part of the 18th century, a number of other clockmakers such as Henry Borrell, John Marriot, Timothy Williamson, William Vale, John Vale, William Carpenter, William Hughes, Benjamin Ward, Robert Ward, Edward Wicksteed, Robert Philip and Barbot continued making clocks for the Chinese market and for the Imperial court. Borrell was the maker of a smaller automaton clock presumably presented to the Emperor Qianlong by Lord Macartney in 1793. Another automaton ormolu clock made by Borrell for the Chinese market sold at Christie's, Hong Kong, May 27, 2008, lot 1515 ($791,717)

AUTOMATON MUSICAL CLOCK MADE FOR THE CHINESE MARKET