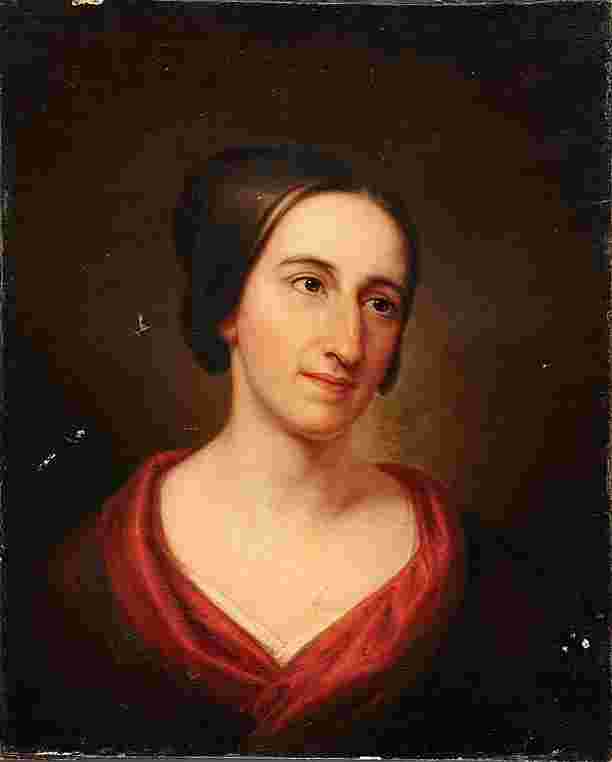 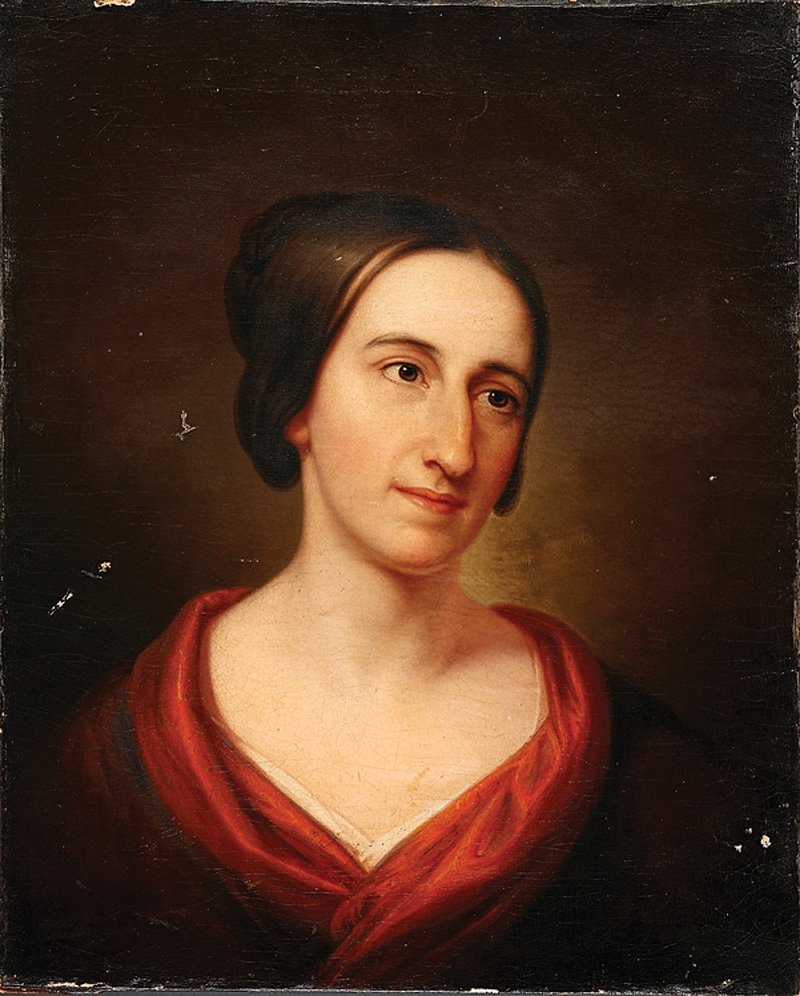 Attributed to Rembrandt Peale (American, 1778-1860), "Mary Davenport Kimball", oil on canvas, inscribed labels en verso, 21 in. x 17 in., unframed. Provenance: The collection of the sitter, Mary Campbell Davenport Kimball; to her daughter, Anna Harper Kimball Lex; to her daughter Frederica Lex Pearson Abbott; to her daughter Mary Frederica Pearson Monahan; to current consignor.
Note: Working in the Neoclassical style of artists such as Jacques-Louis David, Rembrandt Peale followed in his father's footsteps as a portraitist. Among his sitters are such notable figures as George Washington, Thomas Jefferson, and John Marshall; however, his main clientele were wealthy patrons from Philadelphia, Baltimore, Washington D.C., and the surrounding areas. In his portraits of our nation's leaders and its citizens, Peale infuses dignity, emotion, and a sense of gravitas, which can be noted in the current lot, a portrait of Mary Davenport Kimball (1814-1868), wife of Stephen Kimball (1807-1870). The Kimballs were a wealthy Philadelphia family with three children, George Peabody Kimball, Edward Stephen Kimball, and Anna Harper Kimball; in the 1870 United States Federal Census, the Kimball children, having inherited their father's estate, are listed as living in the 24th district of Philadelphia. Edward Kimball is known to have enrolled at the University of Pennsylvania in 1860, although he left during his first year (most likely to join the war effort). This lovely portrait of their mother, Mary, illustrates many of Peale's strongest qualities in portrait painting. The indistinct background with a halo of light around the sitter's head, the emotional expression in the eyes, and the red, heart-shaped lips all bear a resemblance to Peale's portrait of his daughters Rosalba and Eleanor in his 1826 painting The Sisters.

7,853 Followers
Get notifications from your favorite auctioneers.
As Seen On
Shop With Confidence
Since 2002, LiveAuctioneers has made exceptional items available for safe purchase in secure online auctions.
Popular Searches
Artists & Creators
Brands
Style Periods
Origins
Company
Winning
Selling
© 2002-2020 LiveAuctioneers. All Rights Reserved.Cookie PolicyTerms & ConditionsPrivacy Policy
This site is protected by reCAPTCHA and the Google Terms of Service and Privacy Policy apply.
BACK TO TOP