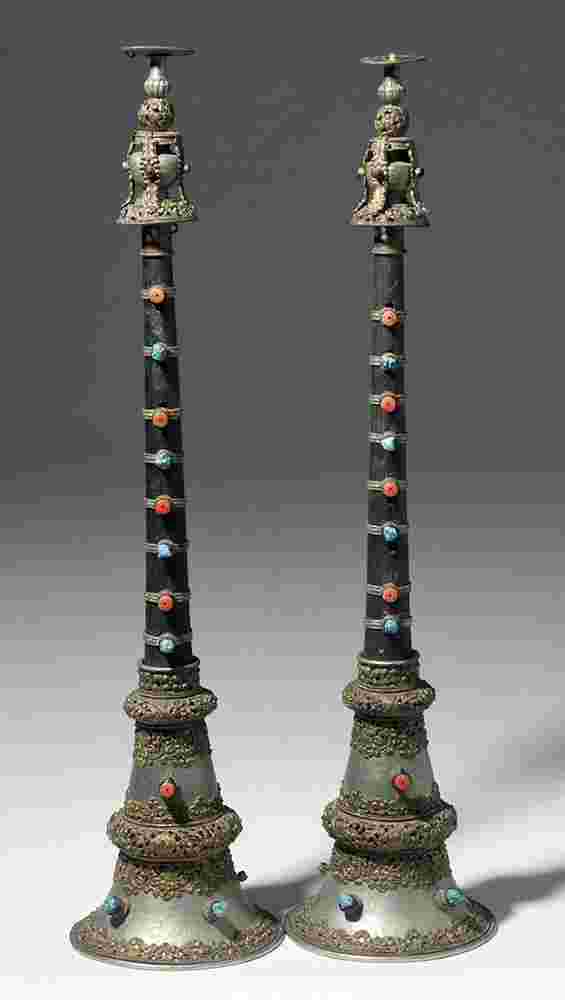 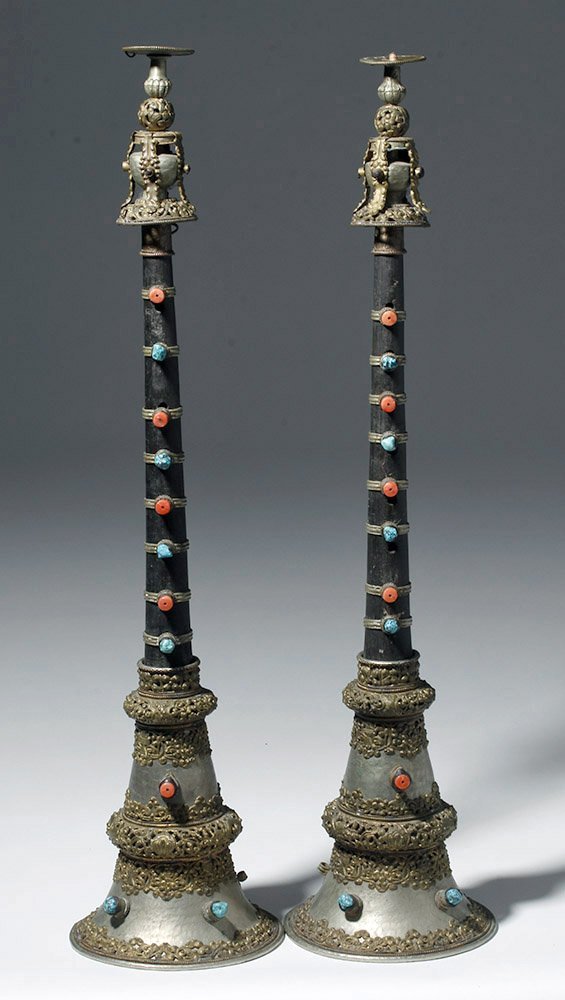 Central Asia, Tibet or Nepal, ca. 19th century CE. A rare pair of Tibetan ritual hobos or Gyaling (literally meaning "Indian trumpet") comprised of a hardwood body with seven fingerholes, white metal horn, mouthpiece and fittings, impressive brass filagree decoration, and lovely turquoise and coral stones set in ring mounts, most likely created in Nepal given their impressive metalwork; however the woodwork may have been done in Tibet or Nepal. These are rare and sacred musical instruments - ritual hobos (double reed, wind instruments that were predecessors to the western oboe) similar to Shanai from Persia and shaped like a French Bombarde. Gyaling are played in pairs and mainly used in Tibetan monasteries during puja (recitation of daily prayers and chanting). Despite the extremely loud sound they produce, they are associated with peaceful deities and devotion. In fact, the musical part of the Gyaling is believed to elevate the sacred spirit of the ceremony. In addition, they play a significant role during musical processions and offerings such as the Homa (fire) offering. Instruments like these are highly revered and were traditionally commissioned by wealthy elite to be given to monasteries where they typically resided for the rest of their musical lives. Hence, they are quite difficult to come by. In addition, they require great skill to play as they can only be played via circular breathing. This said, they are known to produce quite a sound! What's more, such instruments are always used in pairs, and we are so fortunate to have a matching pair. Size: 25" H (63.5 cm)

Two small silver chains of the instruments are missing, a few of the ring-like fittings have slipped down the body a bit, and one of the wood bodies slips. Overall very good and rare to come by.