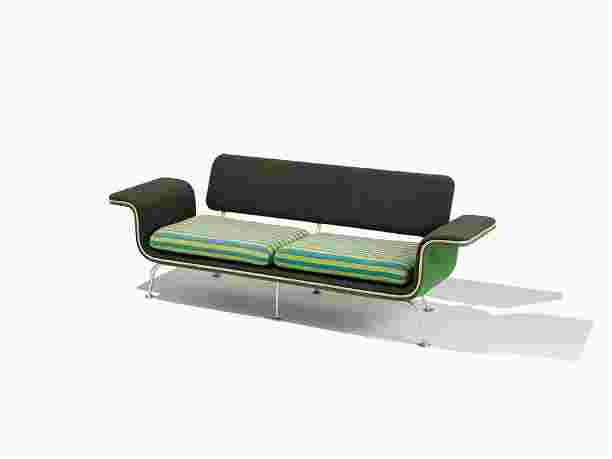 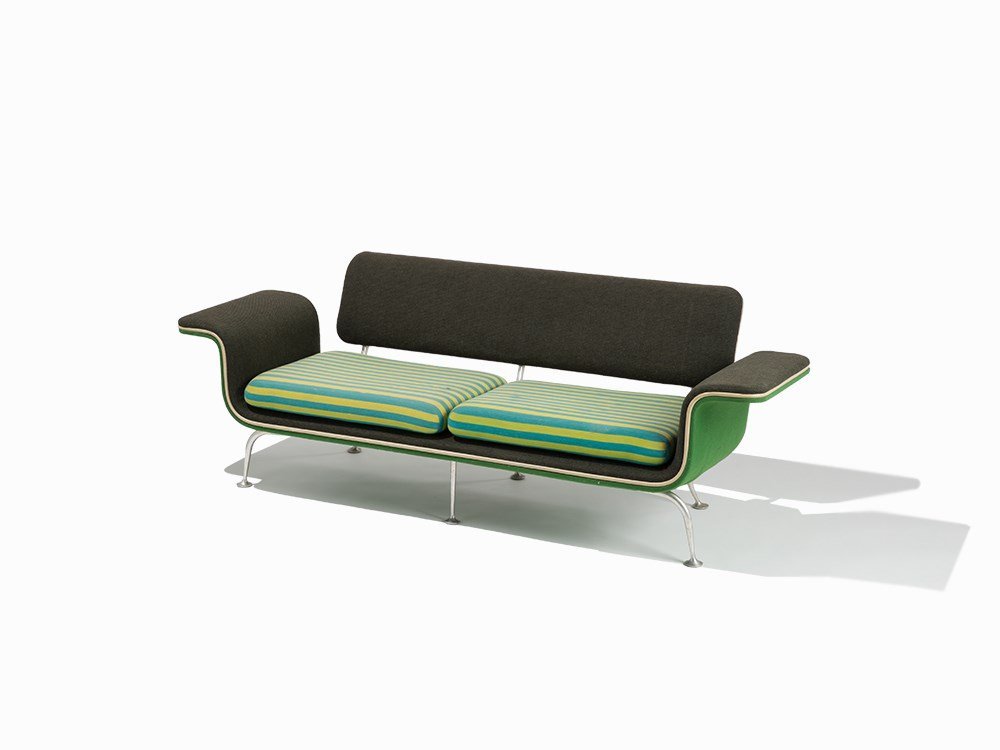 Girard a designer across many areas, he was a skilled architect, interior designer, industrial designer, furniture designer, and textile designer. He is particularly noted for his work while working for Herman Miller between 1952 and 1975. While at Herman Miller, he created fabrics for furniture designs by George Nelson as well as Charles and Ray Eames. Girard’s work is noted for his clean use of geometric lines and color, drawing from architectural training. One of his most respected bodies of work is his design work for Braniff International Airways campaign “The End of the Plain Plane”. As part of that project, Girard worked on everything from textiles to graphics for sugar packets. Girard also designed a line of furniture for the airlines ticket offices and lounges. That furniture line was also made briefly available to the public by Herman Miller.

There is soiling and scuffs to the vinyl and upholstery with some skinning to the fabric and one worn hold on a seat. In overall good vintage condition.