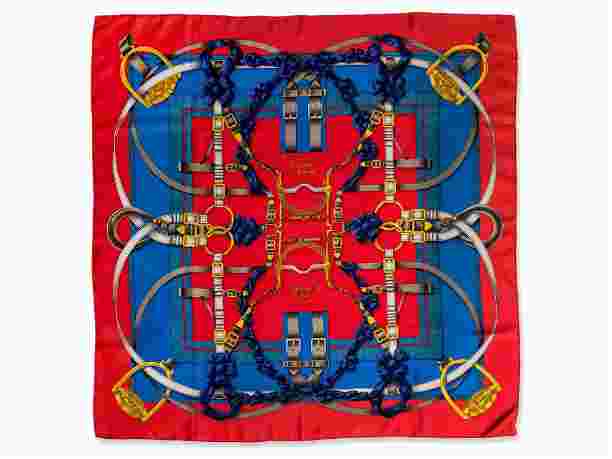 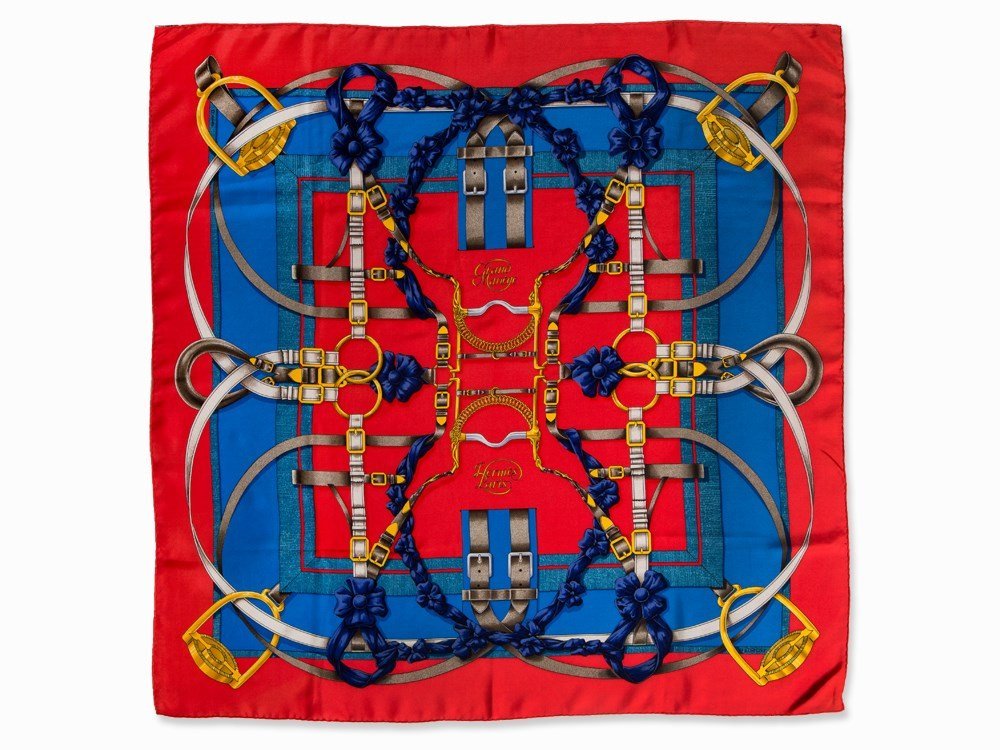 The scarf is in good with minor traces of wear. The dimensions are c. 87 x 87 cm.

The company Hermès, based in Paris, was founded in 1837 by the saddler Thierry Hermès (1901-1878) as a business for riding accessories. Under Thierry's son, Charles-Émile Hermès, the product range was extended to cases and leather bags as of 1878. Handbags were introduced in the 1920s. Finally, in 1951, the company launched its first perfume. The high quality and durability of the Hermès products quickly became known throughout Europe. Today, Hermès is known worldwide for its high quality craftsmanship.

It was not until the 1930s when Hermès started producing their famous scarves and opened a scarf factory in 1937. Over the years, freelance artists have been employed to design the scarves, allowing different designs and motifs for every type of collector. Today, Hermès’ scarves are a widely collected symbol of success and are the epitome of Parisian luxury. (kre)

402 Followers
Get notifications from your favorite auctioneers.
As Seen On
Shop With Confidence
Since 2002, LiveAuctioneers has made exceptional items available for safe purchase in secure online auctions.
Popular Searches
Artists & Creators
Brands
Style Periods
Origins
Company
Winning
Selling
© 2002-2020 LiveAuctioneers. All Rights Reserved.Cookie PolicyTerms & ConditionsPrivacy Policy
This site is protected by reCAPTCHA and the Google Terms of Service and Privacy Policy apply.
BACK TO TOP