Terracotta Jar in Shape of a Hintha, Majapahit, 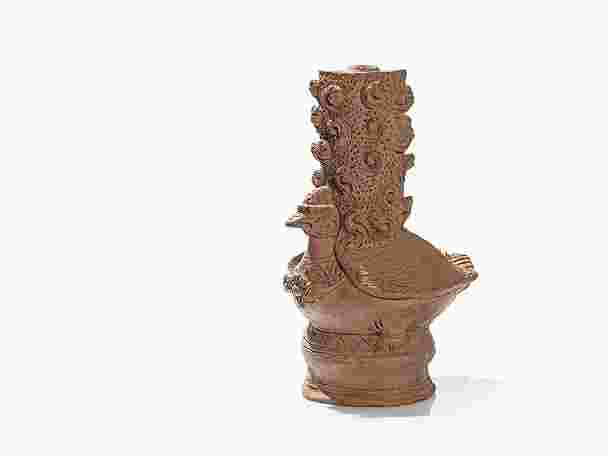 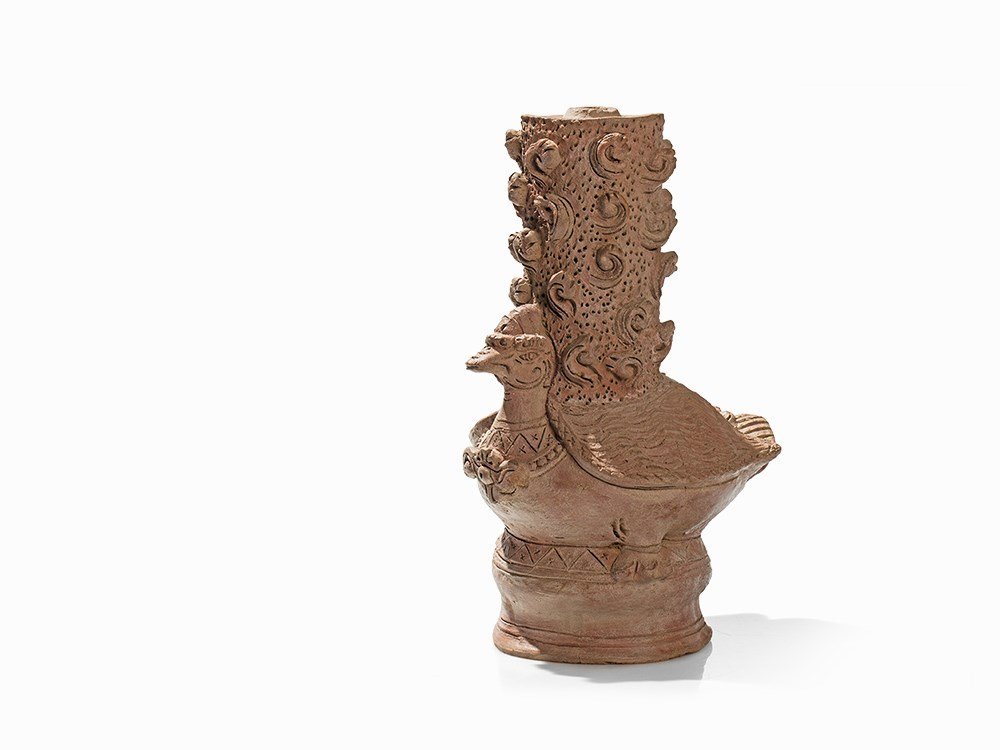 Many Majapahit terra-cotta artifacts found at the shrines on mount Penanggungan (strato vulcano), near Trowulan and Mojokerto, East Java. The craft of terra-cotta pottery was an important activity during this era.

The figure is in age related condition with usual slight signs of wear. Partly restored, chips at the base and fire cracks at the lower area. The height measures c. 41 cm.

The hintha, as it is called in Burmese, or hama is a decorative element and symbolic icon that is in use since the 16th century. In Hinduism the duck is the mount of Brahma and other deities and decorates the coins of the ancient kingdom of Pegu, known today as Bago in Burma. The 18th and early 19th century show the bird as a sleeping duck, which is often interpreted as a swan. In the 19th century the animal is depicted in an ostentatious shape. The hintha is often shown with an insect, pearl or branch in its beak and is a symbol of unity, balance and life.

Terracotta Jar in Shape of a Hintha, Majapahit,