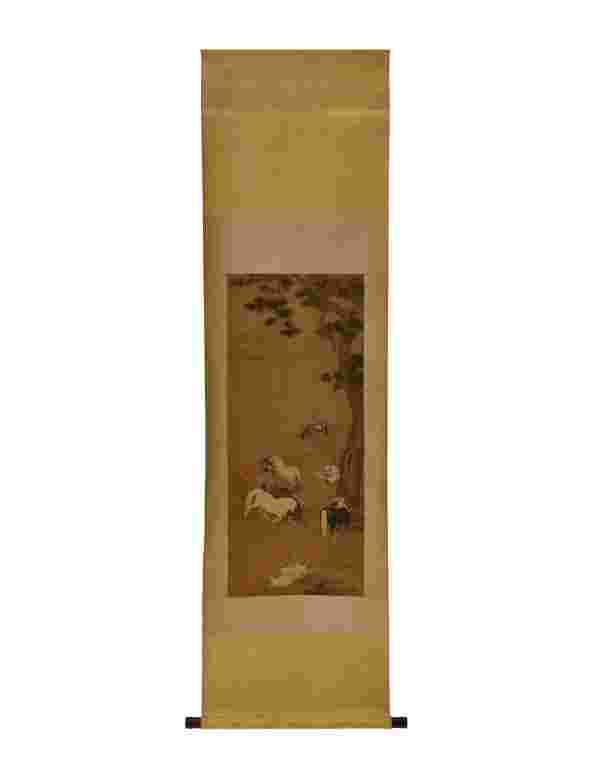 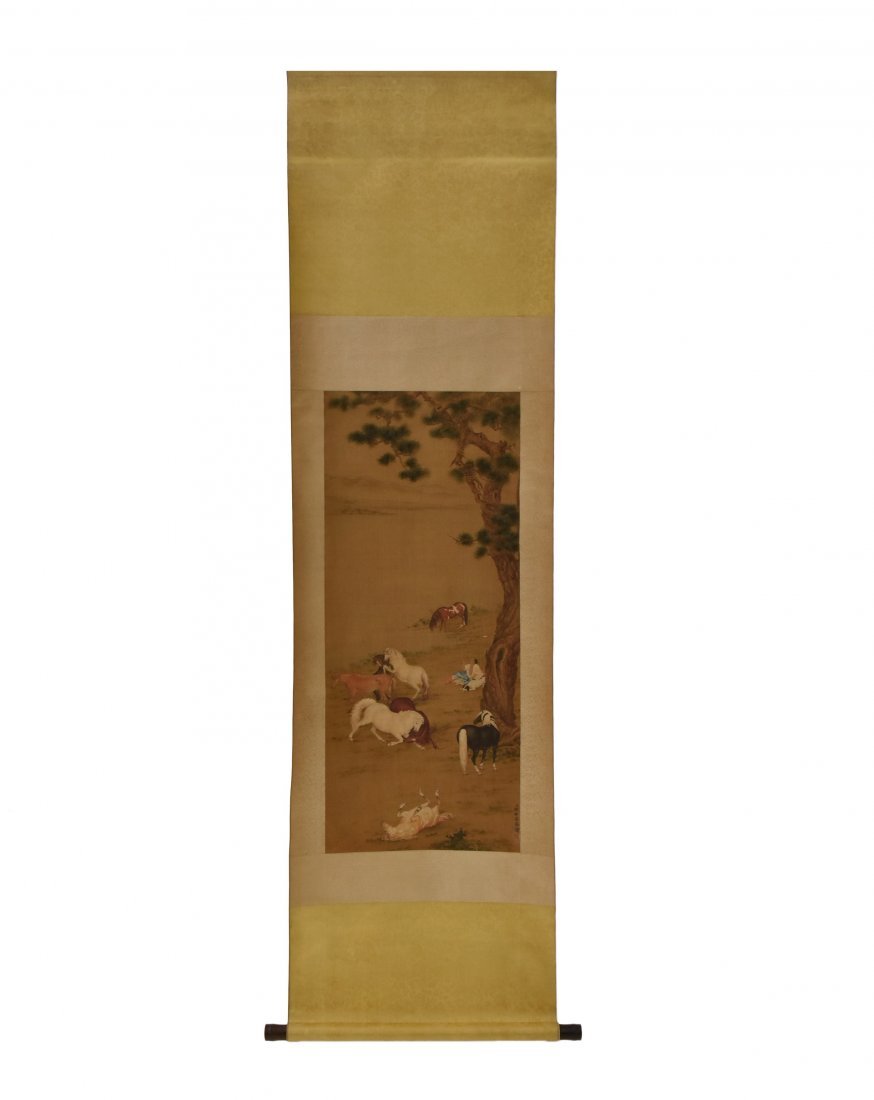 Giuseppe Castiglione, also known as Lang Shining, was born on July 19, 1688, in the central San Marcellino district of Milan, Italy, the site of a renowned Botteghe degli Stampator painting studio. As a youth, Castiglione learned to paint from Carlo Cornara at the studio, and he also came under the influence of the famous painter Andrea Pozzo, a member of the Society of Jesus at Trento. In 1707, at the age of 19, Castiglione formally entered the Society and traveled to the prosperous city of Genoa for further training. By this time, he had already achieved some repute as a painter and was invited to do wall paintings at Jesuit churches. At the age of 27, he received instructions to go to China, and, on the journey, did wall paintings in Jesuit churches in Coimbra (Portugal) and Macao.
Castiglione's style was based on the emphasis on color, perspective, and light found in Italian Renaissance art. In China, where Castiglione went by the Chinese name Lang Shining, he came to the attention of the Qianlong emperor (r. 1736-1795) and served as an artist for the court. Castiglione eventually became a respected painter and earned the appreciation of the Qianlong emperor, which was a considerable honor for a foreign artist at the time.
Following the taste and tradition of painting in China, Castiglione was able to forge a new style that combined elements with his Western training in art. His paintings were done with Chinese materials but often incorporate Western techniques of shading and atmospheric perspective, imparting a sense of realism to the native themes.

Over all in EXCELLENT Condition. Natural imperfection on the medium (paper or silk), regardless from any major damages; includes light blooms, discoloration and minor fading. Consider normal due to the ages.
The bidder assumes responsibility for ensuring that the condition of the item(s) meets with their satisfaction prior to bidding. Any condition statement is given as a courtesy to a client, and is only an opinion and should not be treated as a statement of fact. EDEN Galleries shall have no responsibility for any error or omission. The absence of a condition statement does not imply that the lot is in perfect condition or completely free from wear and tear, imperfections or the effects of aging.