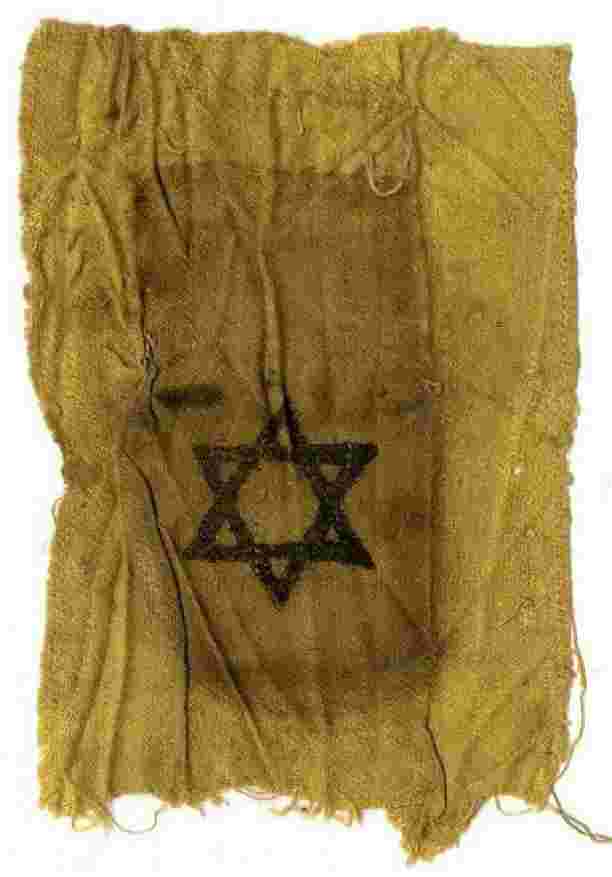 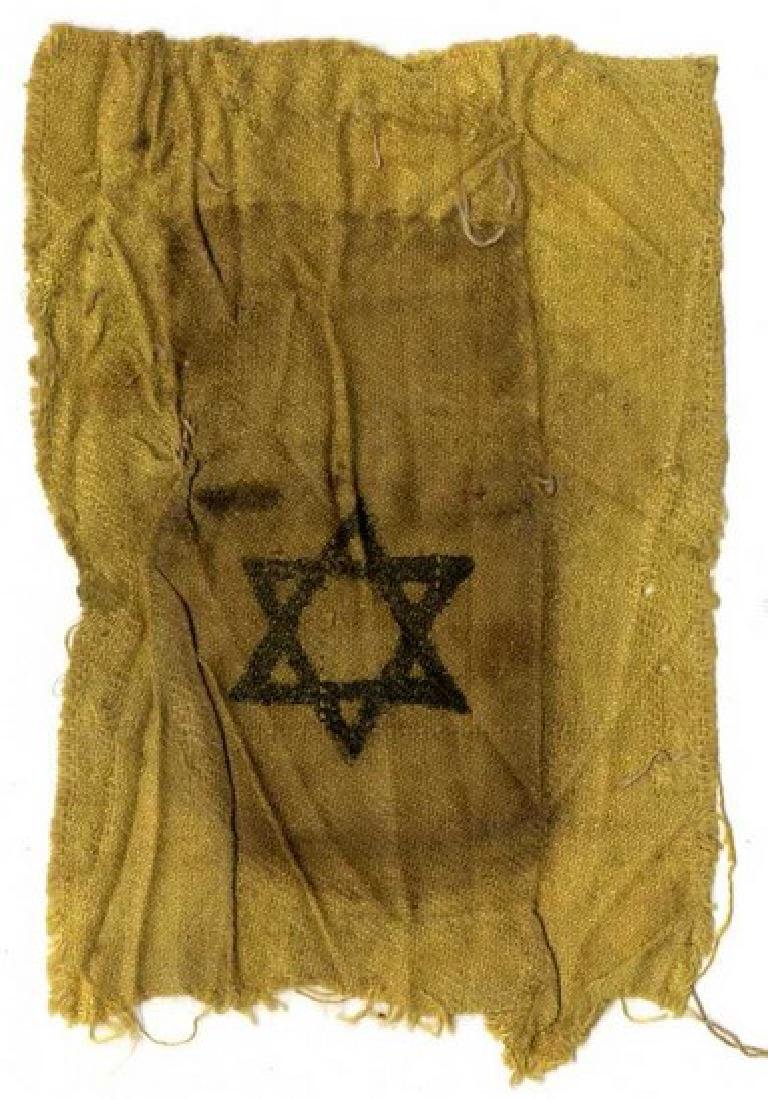 Cloth yellow patch with a black star of David at center. The patch was worn on the clothes of jewish [b. 1925], from inÂ NiÅ¡ [Yugoslavia], during the Holocaust years.
In his youth, he worked for the Yugoslavian train company. During the Second World War, when deportations to the camps and gas chambers began, he managed to evade the Nazis with forged documents and a foreign name. in fact, he and his family were the only Jews from the Jewish community of Nis who survived the Holocaust. He immigrated to Palestine in 1948 and established a family. When he retired, he strengthened national remembrance of the Holocaust by lecturing to IDF soldiers.
According to German Reich regulations of 1938, every Jew in the German occupied zone must wear a yellow badge. It was determined that the patch would be at least 10Â centimeters in size. It was designed in the shape of a Star of David and included the wordÂ 'jude' or Star of David only. The patch is carried on the garment on the left side of the chest, or on the right arm under the armpit. Jews who forgot the yellow patchÂ when they went out on the street, or ifÂ heÂ did not conform to the orders, were officially liable to fines and imprisonment. At the entrances to the houses in Warsaw there were warnings not to forget the yellow patch. In a notice issued by the Judenrat in Bialystok on July 26, 1941, it was reported that, "according to the authorities' warning, Jews who do not carry the yellow star on their chests will be severely punished - to death by shooting."
Along with his handicapped certificate and biography written by his son.
Size: 6x10 cm. Slightly stained.