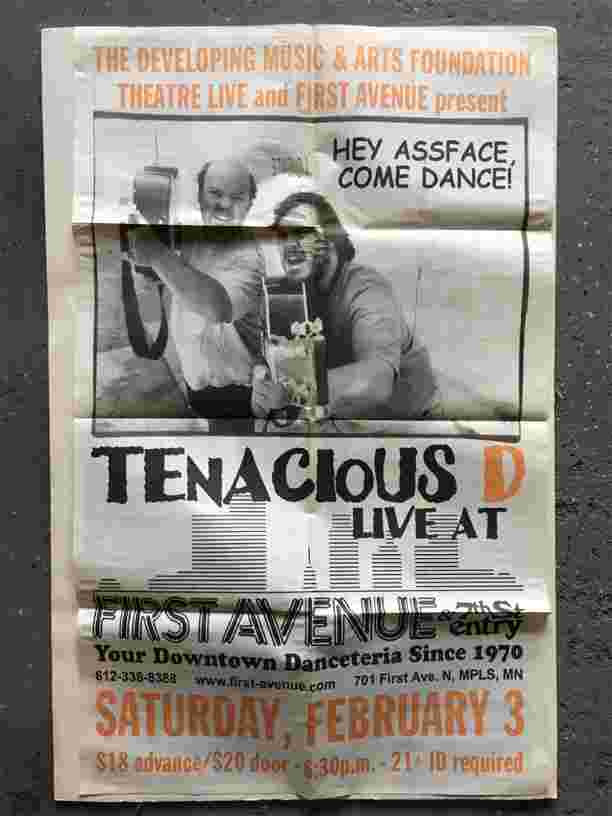 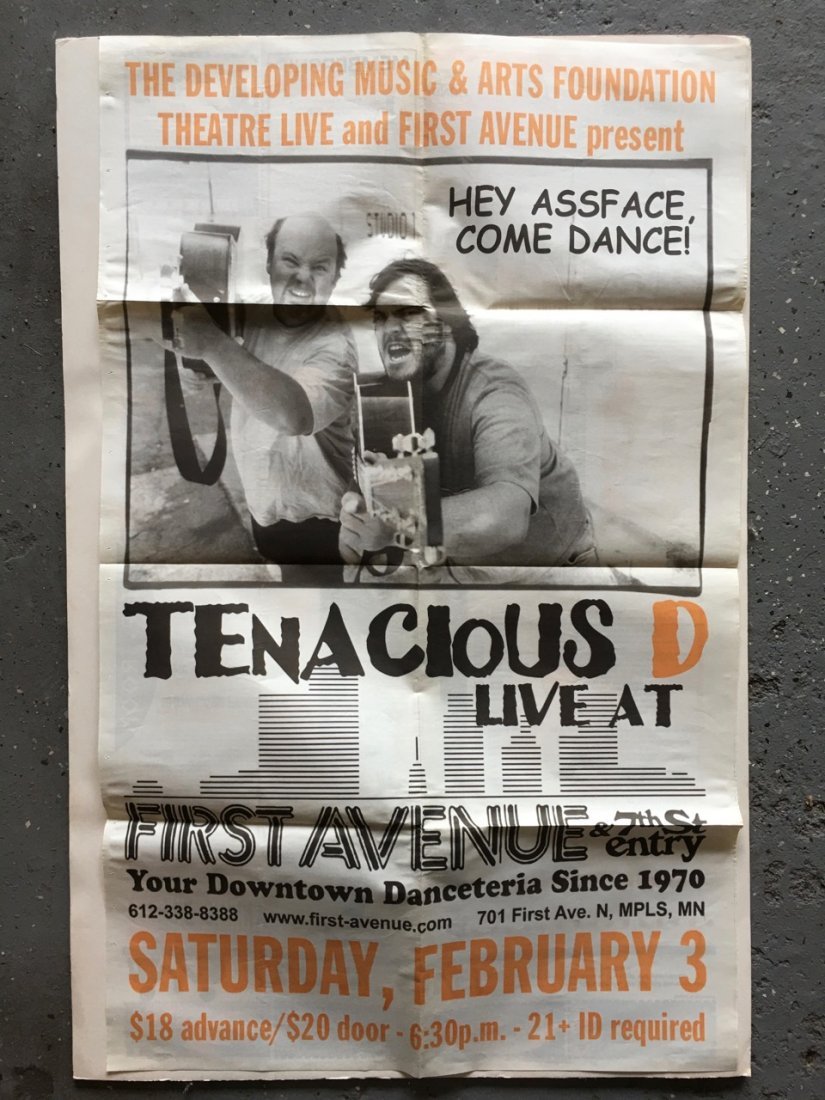 Tenacious D is an American comedy rock duo that was formed in Los Angeles, California in 1994. Composed of lead vocalist and guitarist Jack Black and lead guitarist and vocalist Kyle Gass, the band has released three albums – Tenacious D (2001), The Pick of Destiny (2006) and Rize of the Fenix (2012). Tenacious D's studio releases, and (as of 2006) its live performances, feature a full band lineup, including such musicians as guitarist John Konesky and bassist John Spiker. Drummer Dave Grohl (Foo Fighters, Nirvana) has played on every studio release.

The band first gained popularity in 1997 when they starred in their eponymous television series and began to support large rock acts. In 2001, they released Tenacious D, their debut album featuring a full band. The first single, "Tribute", was the band's most successful achieving their only Top 10 in any chart, until they released "The Metal", which was shown on Saturday Night Live. In 2006, they starred in, and recorded the soundtrack for, the film Tenacious D in The Pick of Destiny. In support of the film, the band went on a world tour, appearing for the first time with a full band. They released their newest album Rize of the Fenix on May 15, 2012.

Tenacious D's music showcases Black's theatrical vocal delivery and Gass' acoustic guitar playing abilities. Critics have described their fusion of vulgar absurdist comedy with rock music as "mock rock". Their songs discuss the duo's purported musical and sexual prowess, as well as their friendship and cannabis usage in a style that music critics have compared with the storyteller-style lyrics of rock opera

These posters were sent to members of the 1st Ave. mailing list and are machine folded. You can iron out the folds and frame this poster for an excellent art history piece.