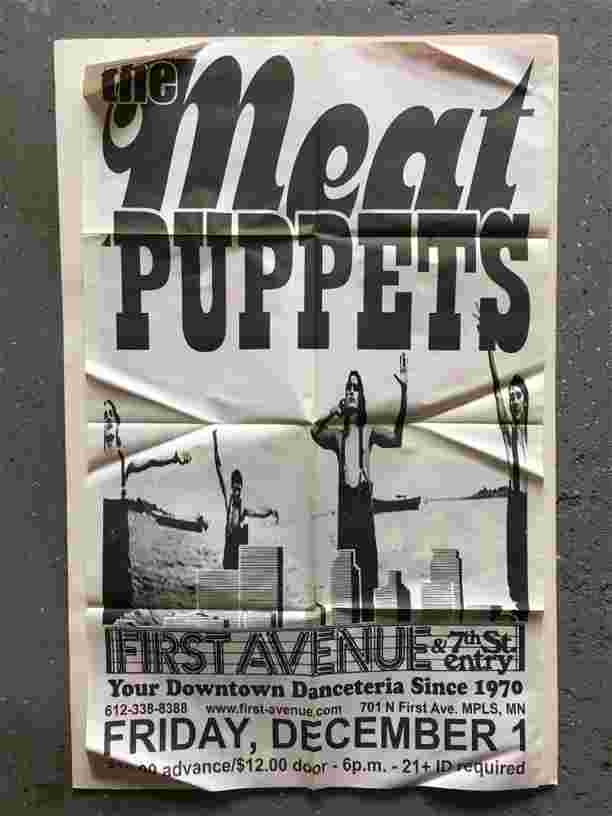 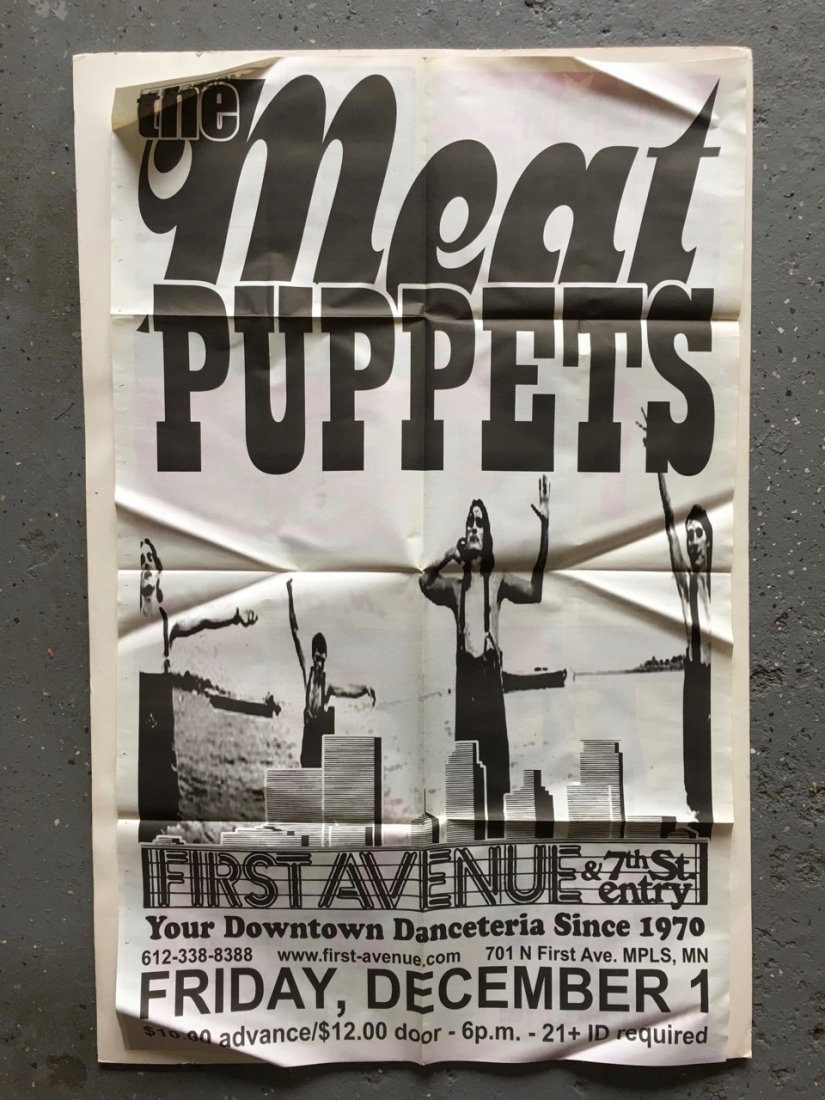 Original local run poster for a with THE MEAT PUPPETS at FIRST AVE IN MINNEAPOLIS - 22 x 35.

Meat Puppets is an American rock band formed in January 1980 in Phoenix, Arizona. The group's original lineup was Curt Kirkwood (guitar/vocals), his brother Cris Kirkwood (bass guitar), and Derrick Bostrom (drums). The Kirkwood brothers met Bostrom while attending Brophy Prep High School in Phoenix. The three then moved to Tempe, Arizona (a Phoenix suburb and home to Arizona State University), where the Kirkwood brothers purchased two adjacent homes, one of which had a shed in the back where they regularly practiced. Meat Puppets started as a punk rock band, but like most of their labelmates on SST Records, they established their own unique style, blending punk with country and psychedelic rock, and featuring Curt's warbling vocals. Meat Puppets later gained significant exposure when the Kirkwood brothers served as guest musicians on Nirvana's MTV Unplugged performance in 1993. The band's 1994 album Too High to Die subsequently became their most successful release. The band broke up twice, in 1996 and 2002, but reunited again in 2006.Meat Puppets has influenced a number of rock bands including Nirvana, Soundgarden, Dinosaur Jr, Sebadoh and Pavement.