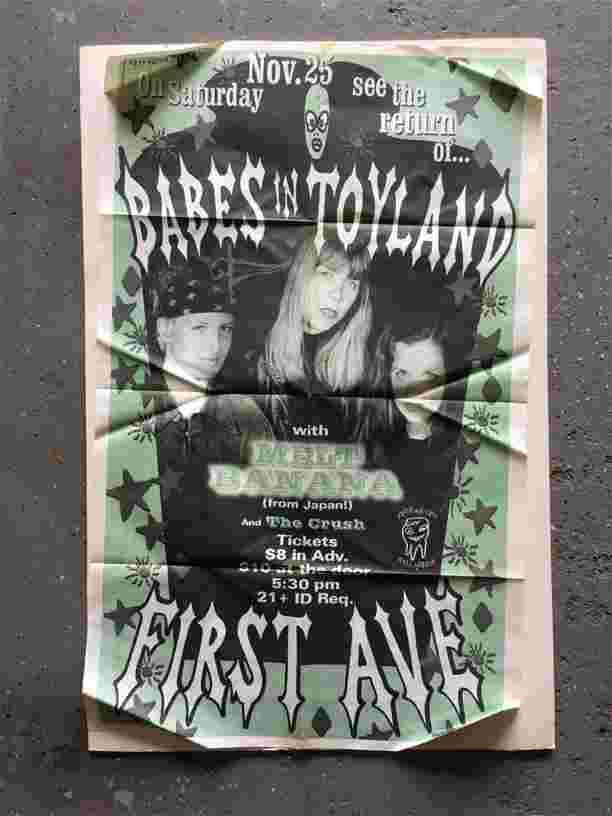 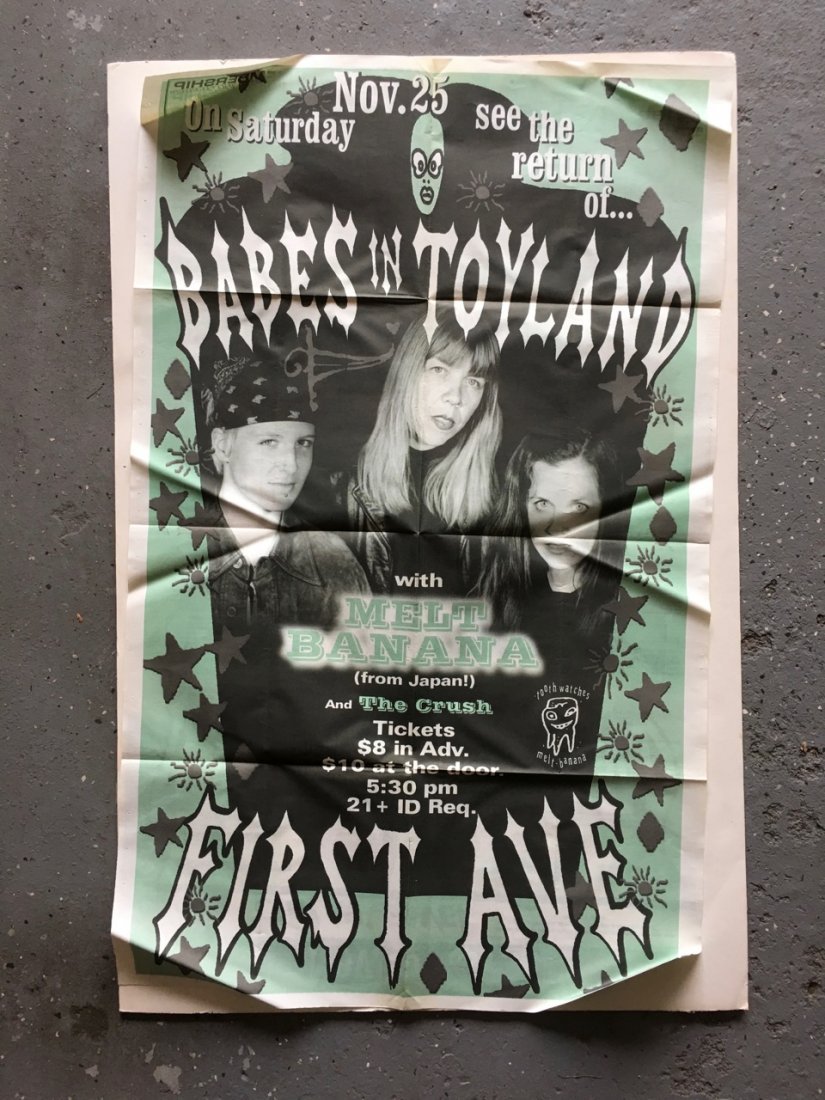 Original local run poster for a with BABES IN TOYLAND at FIRST AVE IN MINNEAPOLIS - 22 x 35.

Babes in Toyland is an American punk rock band formed in Minneapolis, Minnesota in 1987. The band was formed by Oregon native Kat Bjelland (lead vocals and guitar), with Lori Barbero (drums) and Michelle Leon (bass), who was later replaced by Maureen Herman in 1992.
Between 1989 and 1995, Babes in Toyland released three studio albums; Spanking Machine (1990), the commercially successful Fontanelle (1992), and Nemesisters (1995), before becoming inactive in 1997 and eventually disbanding in 2001. While the band was inspirational to some performers in the riot grrrl movement in the Pacific Northwest, Babes in Toyland never associated themselves with the movement.
Veteran critic Richie Unterberger noted that Babes in Toyland were "considered something of a joke band even within the underground". Kathleen Hanna of Bikini Kill in a 2010 interview emphasized the importance of the band to her and worried that the history was being erased. In August 2014, it was announced that Babes in Toyland would be reuniting.