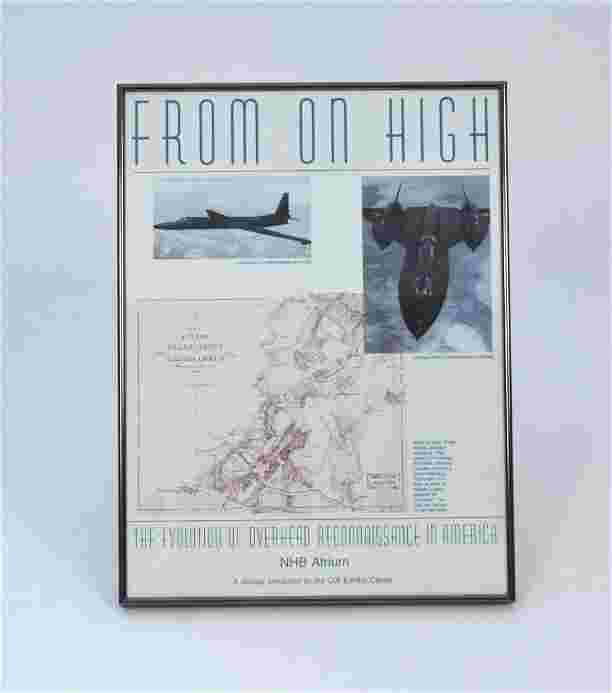 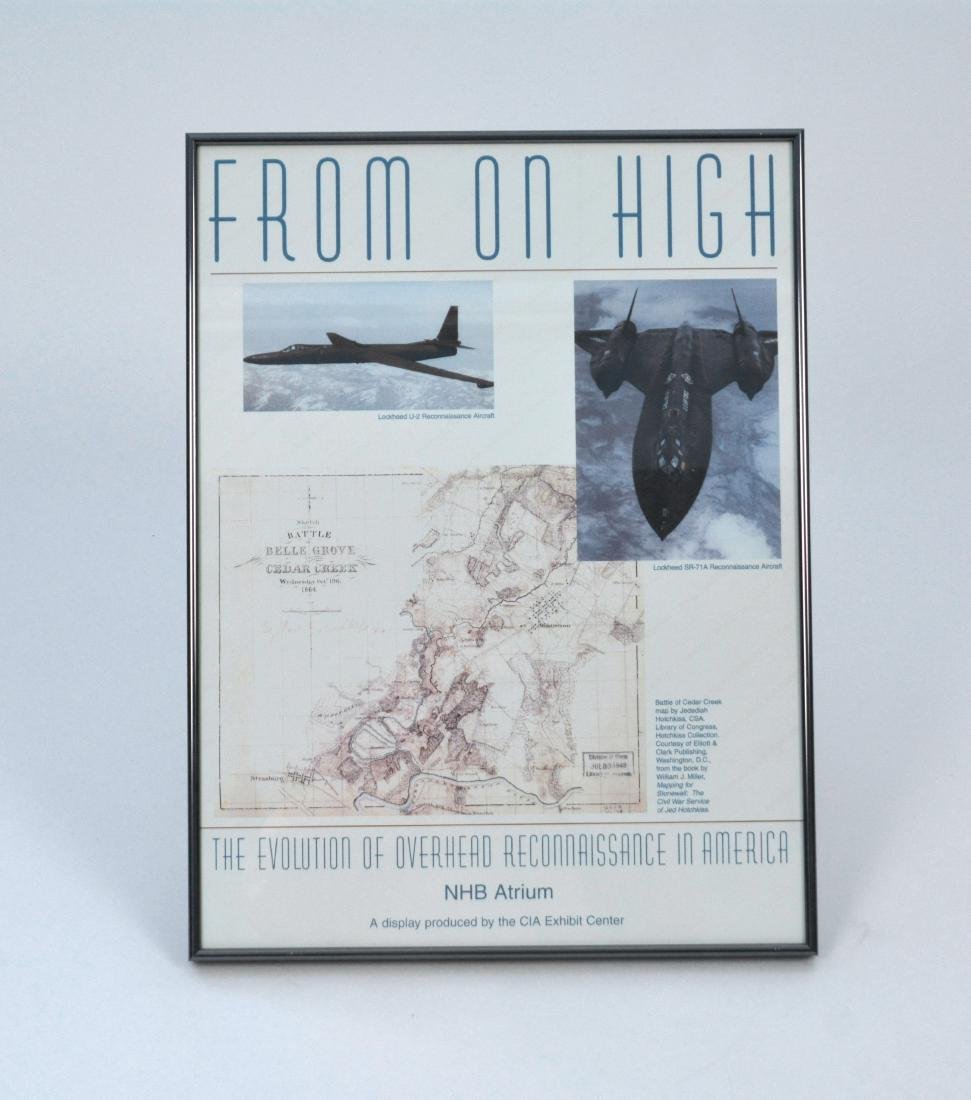 A rare CIA commissioned poster, framed, measuring 20 x 15.5''. The Central Intelligence Agency created this poster for an exhibit entitled "From on High: The Evolution of Overhead Reconnaissance."

Its focus is on cinematic color photographs of the Lockheed U-2, and SR-71A reconnaissance jets, in mid-flight, soaring above the clouds. Below is a map of Jedediah, one of the sites surveyed with these planes.

These posters were internally distributed by the CIA Fine Arts Commission and were never made available to civilians. This particular poster pertains to U-2 flight history and directly relates to the famous Lockheed jet Francis Gary Powers was flying when he was shot down over the Soviet Union. It represents a connection to both Francis Gary Powers and the general history of high altitude aviation.

2,048 Followers
Get notifications from your favorite auctioneers.
As Seen On
Shop With Confidence
Since 2002, LiveAuctioneers has made exceptional items available for safe purchase in secure online auctions.
Popular Searches
Artists & Creators
Brands
Style Periods
Origins
Company
Winning
Selling
Â© 2002-2020 LiveAuctioneers. All Rights Reserved.Cookie PolicyTerms & ConditionsPrivacy Policy
This site is protected by reCAPTCHA and the Google Terms of Service and Privacy Policy apply.
BACK TO TOP