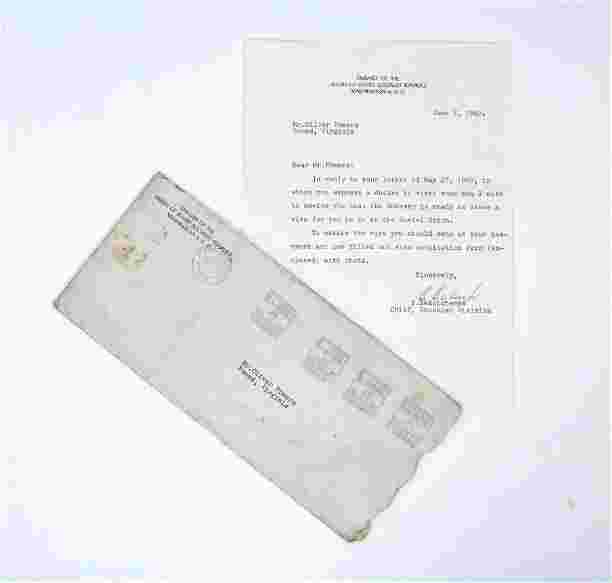 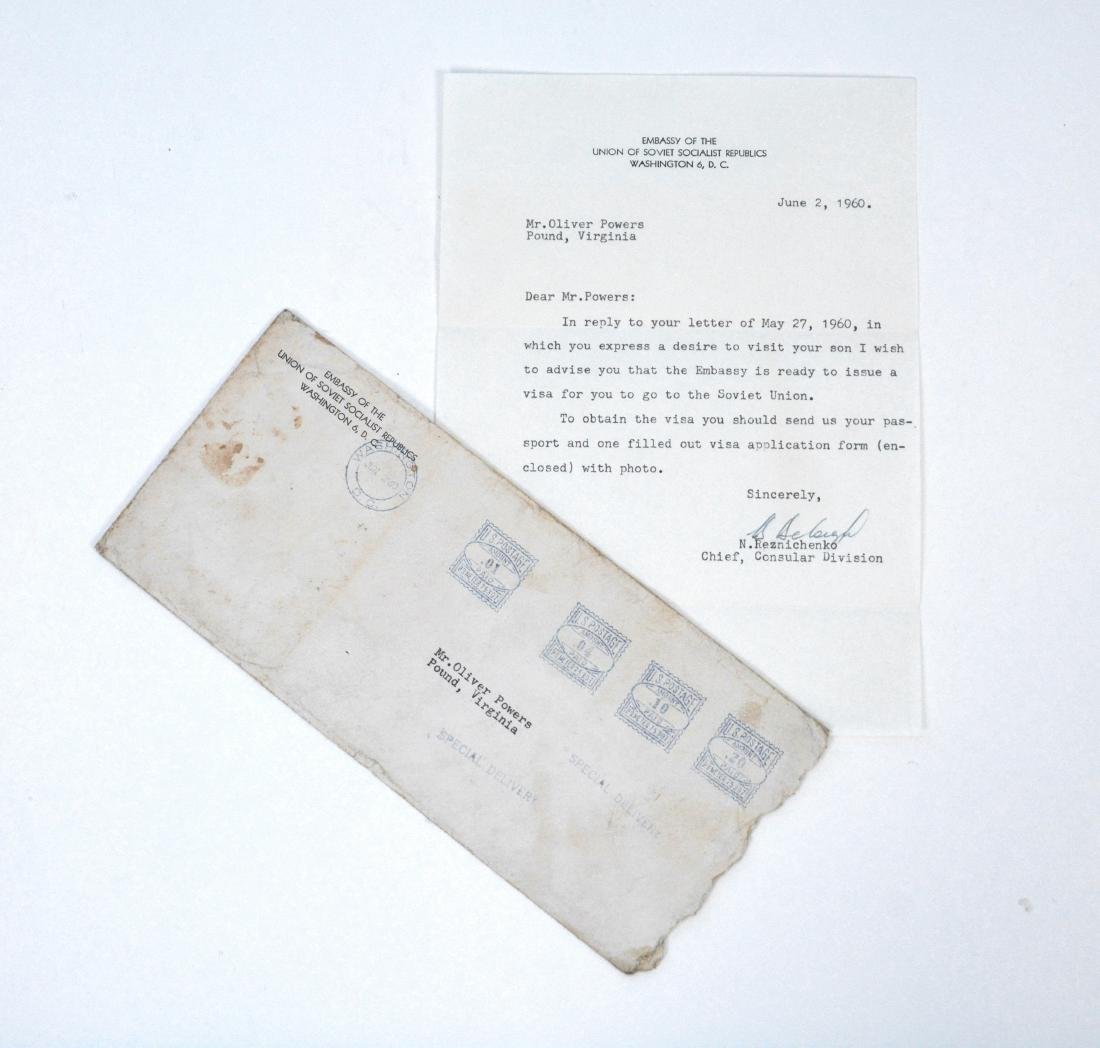 The 9 x 6.5" letter is typed on 25% US cotton fiber paper and has the Soviet Embassy's letterhead atop the note. It is dated "June 2, 1960" and hand-signed by "N. Reznichenko," the acting Chief of the Consular Division at the time.

The letter states that the Embassy approves Mr. Oliver Powers' request, made in May, to visit his son, and that they are ready to issue a visa should he send in the proper paperwork and a photograph. The original envelope, containing four rare stamp markings and special delivery request, is also included in this lot. The envelope is worn but in good condition.

Letter is in excellent coniditon .
Envelope is worn but in good condition.

2,063 Followers
Get notifications from your favorite auctioneers.
As Seen On
Shop With Confidence
Since 2002, LiveAuctioneers has made exceptional items available for safe purchase in secure online auctions.
Popular Searches
Artists & Creators
Brands
Style Periods
Origins
Company
Winning
Selling
Â© 2002-2020 LiveAuctioneers. All Rights Reserved.Cookie PolicyTerms & ConditionsPrivacy Policy
This site is protected by reCAPTCHA and the Google Terms of Service and Privacy Policy apply.
BACK TO TOP