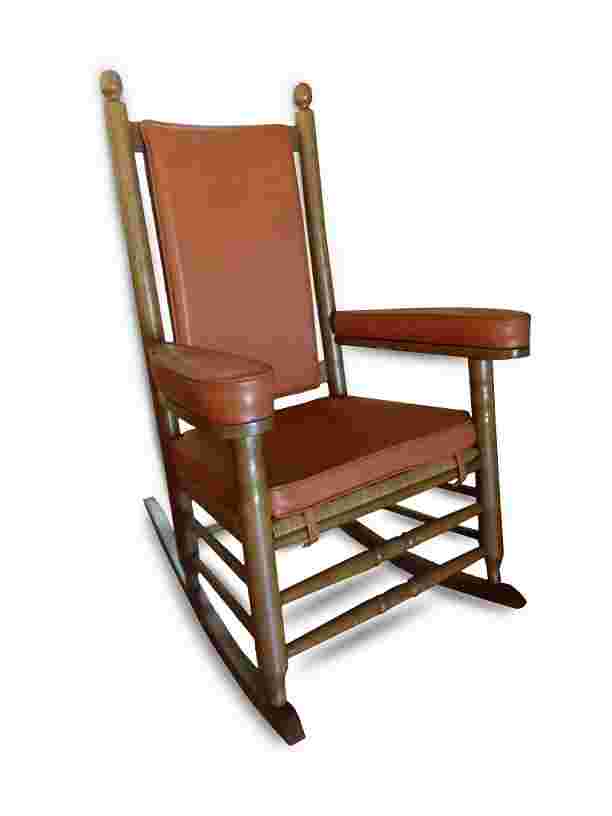 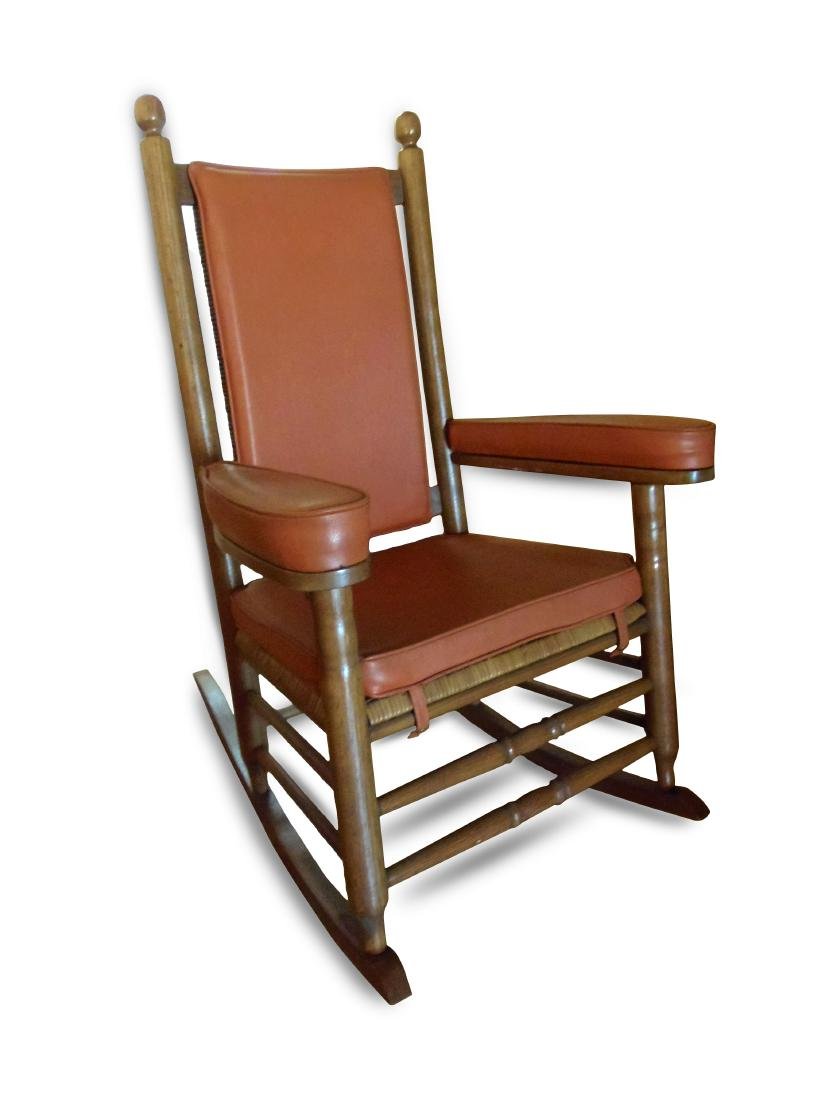 Rocking chair owned and used by John F Kennedy. As has been well documented, John F Kennedy suffered from lingering back problems from a war injury. In 1955 while Kennedy was a young senator in Massachusetts, his physician Dr. Janet Travell, recommended the use of a rocking chair as therapy to ease his pain. She believed that a rocking chair would release tension in his lower back by keeping the muscles moving – constantly contracting and relaxing – from the back-and-forth motion. The chair that JFK used was especially designed for him to the specifications of Dr. Travell. As President, Kennedy made the use of the old-fashioned rocking chair fashionable again. Hundreds of photographs were made of him, sitting in the Oval Office, at ease in his rocking chair as he consulted with heads of state and other dignitaries.

Kennedy’s United States Senator card, signed “Jack Kennedy,” is affixed to the underside of the chair seat – a clear indication that this may well have been the very first rocking chair Kennedy used. In addition to this card, attached with multiple upholstery nails is the tattered card of Larry Arata, showing a McLean, Virginia address and the wording “White House Upholsterer – 1961 to Present.” Portions of the card have been worn away, likely due to extensive use and the passage of many years, indicating that the chair probably accompanied the Kennedy’s to the White House, where it was reupholstered for their new residence.

Larry Arata, an upholsterer from Hyannis, Mass., was brought to Washington by Jacqueline Kennedy in the early days of the Kennedy Administration to assist in the redecoration and restoration of the White House. He became the official White House upholsterer at $5 an hour, working with the priceless antiques and English silks and Italian brocades.

In December 1984, Jacqueline Kennedy Onassis gifted this rocking chair to New York City Mayor Ed Koch on the occasion of his 60th birthday, telling him that it had been at the Kennedy’s Hyannis Port compound where it had been used by JFK. Jackie and the Mayor had been close friends, having worked together with the City’s Landmarks Preservation Commission and other projects. However, Koch didn’t want the rocking chair in City Hall, fearing that it would make him look old or that he had health issues. Several days after receiving the rocker, and unbeknownst to Jackie, Koch gave the chair to an executive assistant who kept it in her Queens, NY home until her death in 2013, when it was then inherited by her son.

Included is a black and white photograph of Mayor Koch, signed by Koch and inscribed "To Rose," his executive assistant and recipient of the chair; plus two of the "Big Apple" lapel pins.