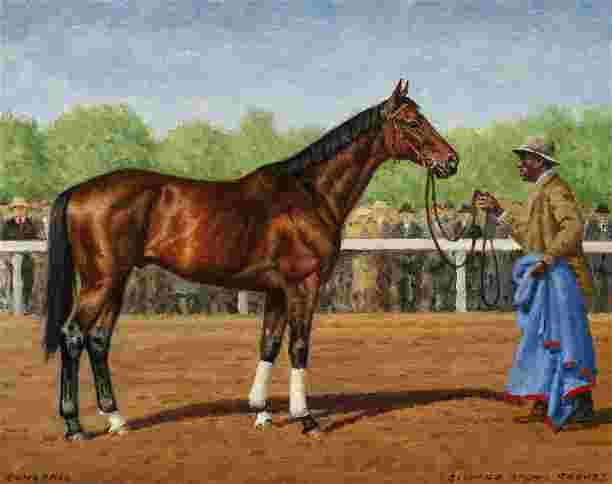 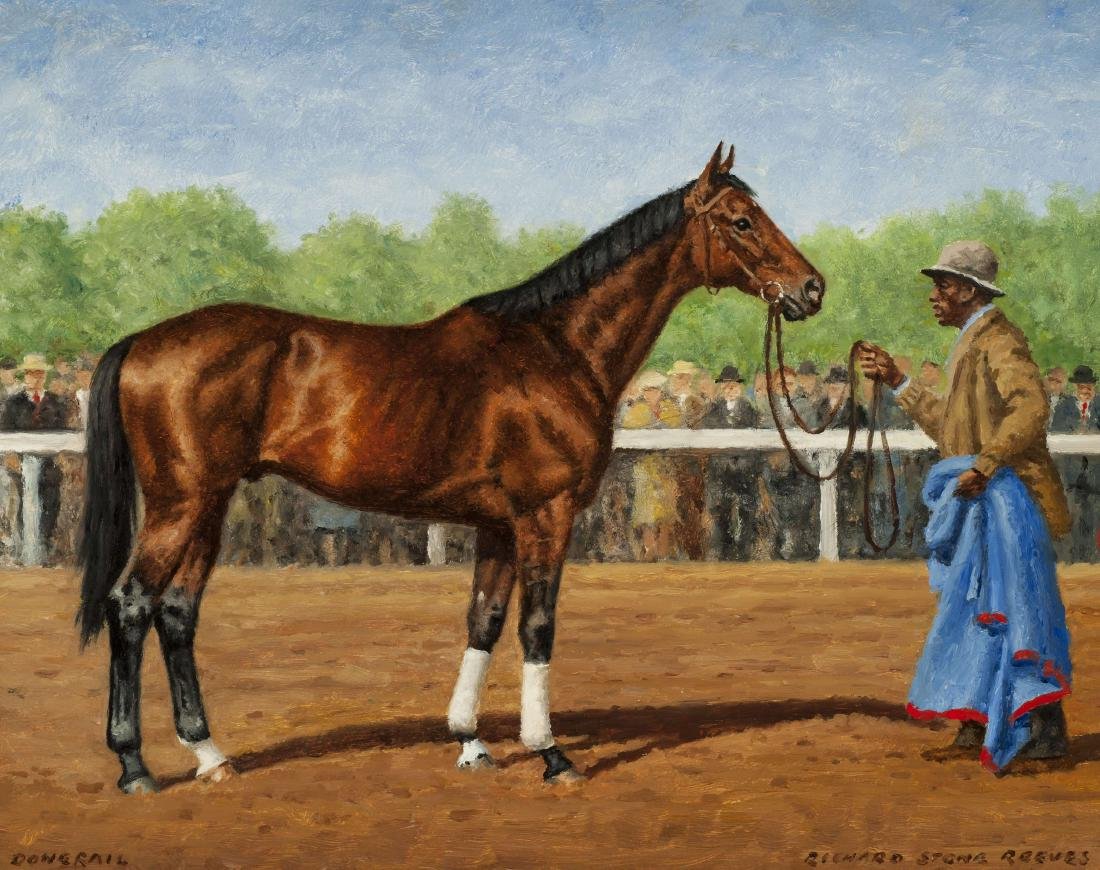 Oil on board, 11" x 14", 10" x 14"
Signed, inscribed
DONERAIL winner of the 1913 Kentucky Derby.
Donerail holds the distinction of being the longest shot to win the Kentucky Derby. Donerail provided his supporters with a $184.90 payout for a $2 wager. Jockey Roscoe Goose kept Donerail in contention as the early lead changed hands and in the stretch took aim on the favorite, Ten Point, to win in a track record of 2:04 4/5. Donerail was bred in Fayette County, Kentucky, by Thomas P. Hayes and named for a nearby depot community on the Cincinnati Southern Railway. Hayes remains the only breeder, owner, and trainer of the same Kentucky Derby winner.
EXTERMINATOR winner of the 1918 Kentucky Derby, 1922 Horse of the Year.
Exterminator was never confused with a beauty queen. He passed through the Saratoga yearling sales with little fanfare and was described by his purchaser, trainer J. Calvin Milam, as Òtoo lean and growthy.Ó Even though his sire McGee had sired the Kentucky Derby winner Donerail just two years before ExterminatorÕs birth, Exterminator was so lanky and coarse as a 2-year-old he was gelded. By the end of his eight-year career, Exterminator had earned the nickname "Old Bones" because of his bony, aged appearance. But beauty is as beauty does, and Exterminator won 50 of his 99 starts, including the Kentucky Derby. Exterminator was elected to the Hall of Fame in 1957. He retired in 1924, kept company by a series of ponies, all named Peanuts.