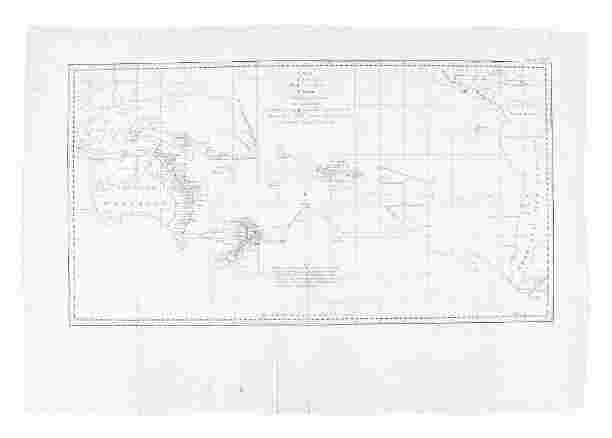 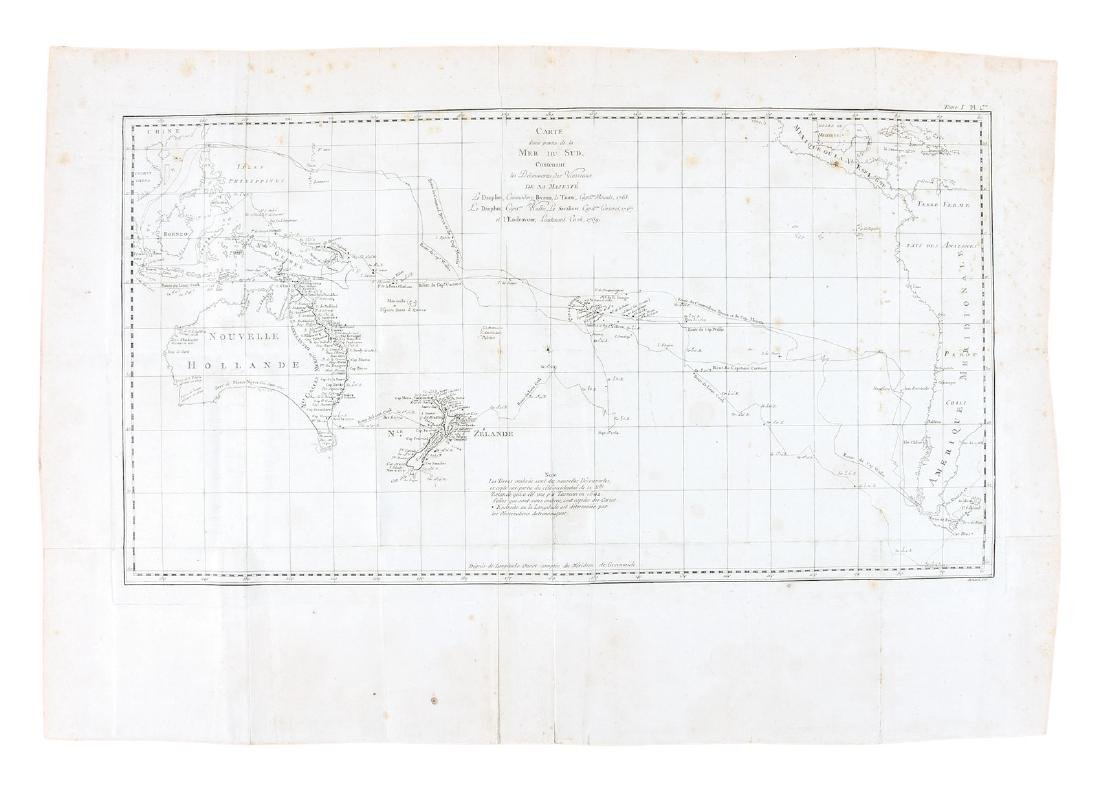 General chart of the South Pacific, engraved by Robert Benard for the French edition of Hawkesworth's official account of James Cook's first voyage of exploration into the Pacific Ocean and around the world. During the voyage he charted New Zealand and the eastern coast of Australia. Besides the voyage of Cook, the routes of Byron, Mouats, Wallis, and Carteret are also delineated, with indications of the dates of their travels and their discoveries. A notation on the map indicates that the shaded coastlines are the new discoveries of these explorers. The southeastern tip of Australia is still connected to Tasmania, and the inland area is blank as it was still unexplored at the time. Printed on thick paper. Provenance: H. Lawrence Wilsey of Pebble Beach, California.