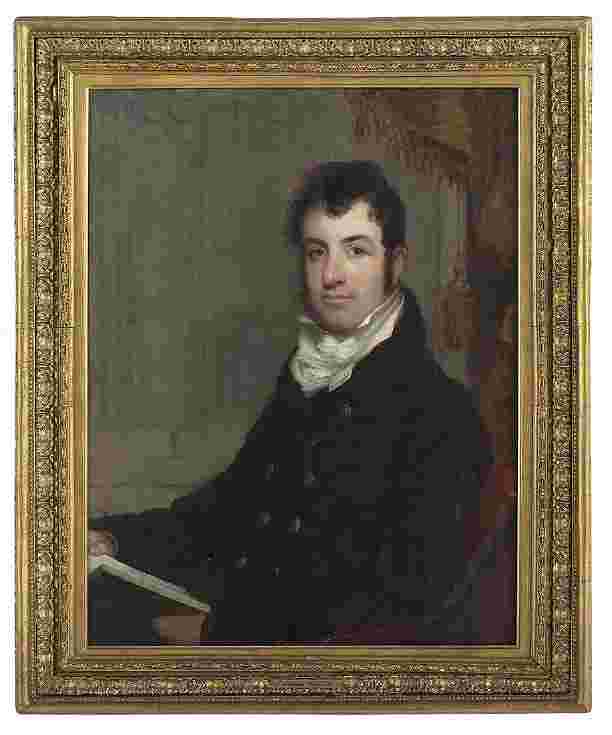 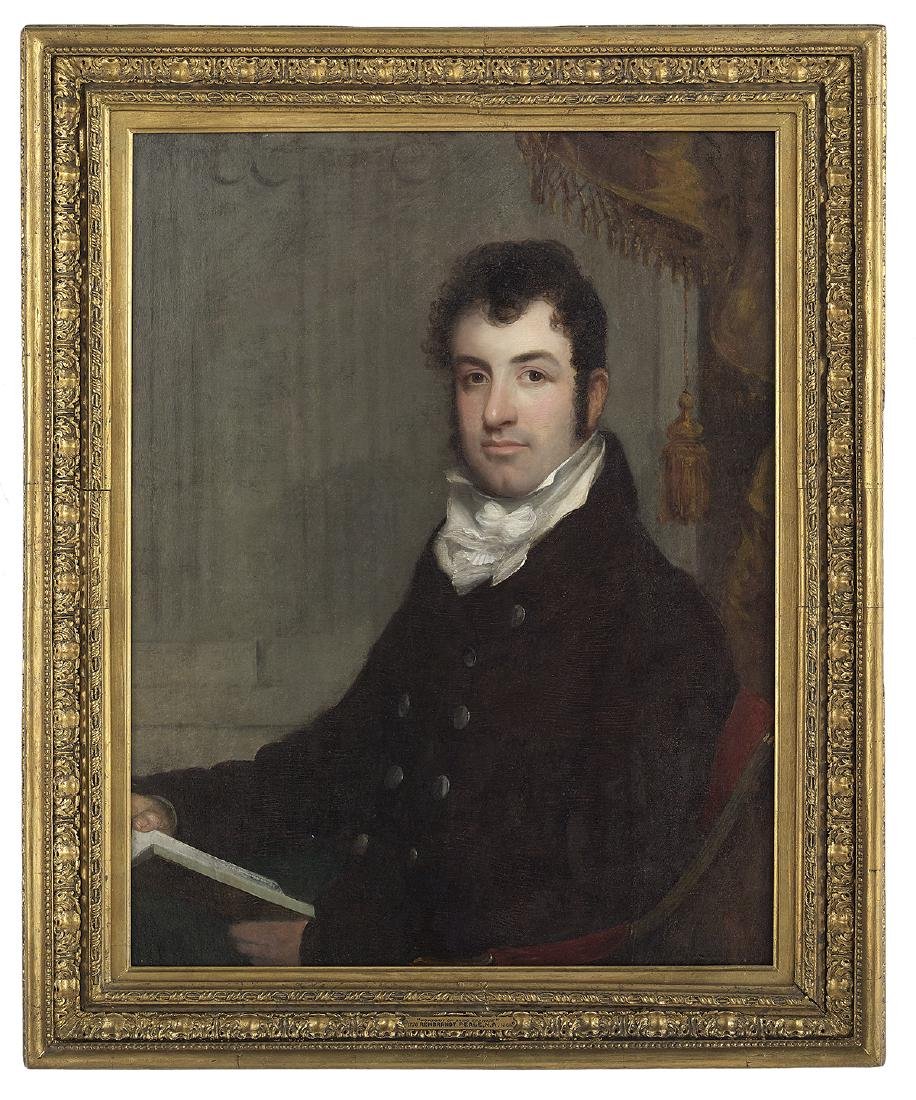 Provenance: This portrait was in the collection of noted Aurora, Illinois businessman, art collector and native Tennessean, James M. Cowan (1858-1930). Cowan donated sixty-three pieces of art from his collection to Nashville's city art museum the Parthenon in 1927. This portrait descended in the Cowan family and sold at Cowan's Historic Americana Auction, February 18, 2006; Estate of Dr. Carroll Ball, Jackson, Mississippi.

Notes: Born in New York City, David and James Codwise were sons of George Codwise, a merchant and ship owner who was engaged in West Indies trade, and his wife, Anna Maria Van Ranst Codwise. David graduated from Columbia University in 1798, became a successful lawyer, and married New York socialite Martha "Patty" Livingston. A man of cultivated taste, David Codwise built Cottage Orne, designed by architect Alexander Jackson Davis in 1835 near New Rochelle, New York. The plan for the Cottage Orne was published in Davis' book Rural Residences, Etc. in 1837 and the original plan is in the Metropolitan Museum of Art collection. Martha Codwise was a founding member of The Women's Hospital in 1855 which was "intended exclusively for the treatment of diseases peculiar to women."
David's elder brother James Codwise married Rebecca Rogers, daughter of John and Agnes Rogers of Mt. Victory Plantation, St. Croix, West Indies in 1797. James and Rebecca inherited her father's sugar plantation and slaves. The two brothers remained close despite the distance and their differing perspectives on slavery. In 1818, Rebecca Codwise traveled with her children from St. Croix to visit her brother and sister-in-law in New York City. David and Martha Codwise did not have any children of their own, but were instrumental in the raising of his brother's children. With mounting debts and creditors, James and Rebecca lost the sugar plantation and many of their slaves by 1848. The couple continued to live on the island and ran a boarding house. Several of their children eventually left St. Croix and moved to Alabama and Michigan. The conflicting viewpoints on slavery remained in the Codwise family dynamics and during the Civil War, three of the grandsons served in the war, two on the side of the Confederacy and one with the Union forces.

The brothers commissioned prominent American artists for their portraits. David selected Rembrandt Peale, the son of famed artist Charles Wilson Peale and an acclaimed artist, to paint a distinguished and elegant portrait of him with book in hand and seated in front of a swagged curtain. While James and Rebecca selected John Trumbull, renowned artist and student of Benjamin West, to paint their pendant portraits that are in the New York Historical Society collection.

7,893 Followers
Get notifications from your favorite auctioneers.
As Seen On
Shop With Confidence
Since 2002, LiveAuctioneers has made exceptional items available for safe purchase in secure online auctions.
Popular Searches
Artists & Creators
Brands
Style Periods
Origins
Company
Winning
Selling
Â© 2002-2020 LiveAuctioneers. All Rights Reserved.Cookie PolicyTerms & ConditionsPrivacy Policy
This site is protected by reCAPTCHA and the Google Terms of Service and Privacy Policy apply.
BACK TO TOP