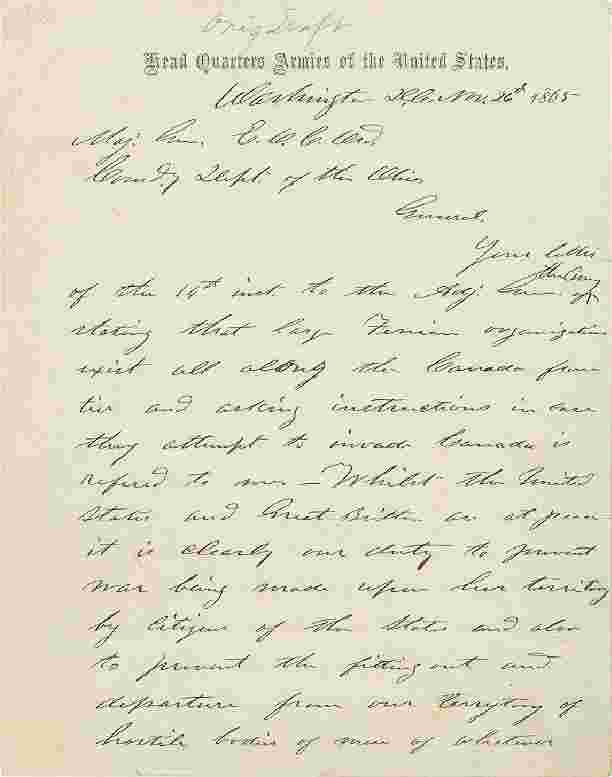 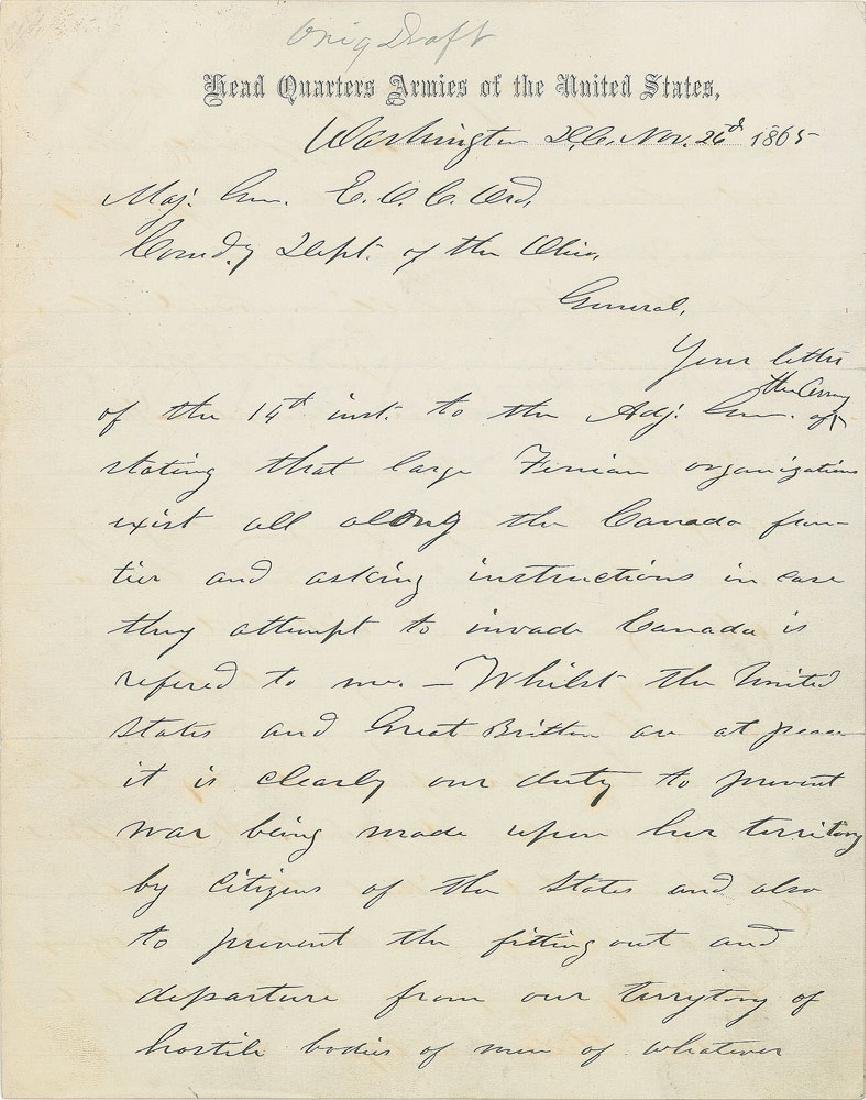 Handwritten letter from Commanding General U. S. Grant, unsigned, three pages on two adjoining sheets, 7.75 x 9.75, Head Quarters Armies of the United States letterhead, November 26, 1865. Letter to Major General E. O. C. Ord, Commander of the Department of the Ohio, in full (spelling and grammar retained): "Your letter of the 14th inst. to the Adj. Gen. of the Army stating that large Fenian organizations exist all along the Canada frontier and asking instructions in case they attempt to invade Canada is refered to me. Whilst the United States and Great Britten are at peace it is clearly our duty to prevent war being made upon her territory by Citizens of the States and also to prevent the fitting out and departure from our terrytory of hostile bodies of men of whatever Nationality they may be. Great Britten, or British officials have not observed this rule very closely towards us during the existence of the late rebellion. But this wrong doing is no justification for our following their example. You will therefore prevent all armed and equiped military organizations going from the United States into Canada where you can. It will not be necessary even for you to know that they are going for the purpose of making war upon a country with which we are at peace. It is sufficient to know that without the invitation of the Canadian authorities no organized Military Companies have a right to enter their country.
You must understand however that the force at your command is not to be used as a police force to discover the designs of the so called Fenians. The power of raising and organizing Military Companies exists all over the country. Militia or independent companies are being drilled every day. The scare got up about the Fenians need not attract our attention in the least. It is only when they or any Militia or other body of armed men attempt to go into another country, or out of ours, that you need interfere.” Concluding blue pencil subscription and signature of Grant written by in a secretarial hand. In fine condition, with splitting to the hinge and folds, and two small tape stains to the lower blank area of the second page.