Group of Photographs and Letters Some Signed
See Sold Price 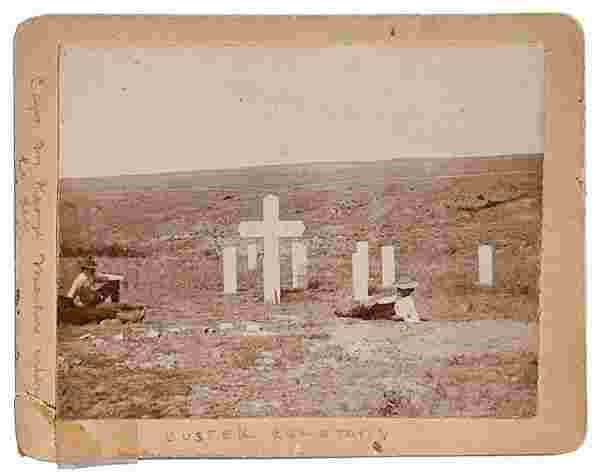 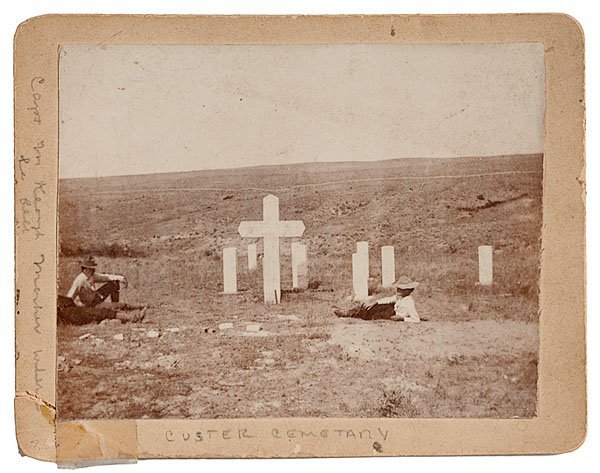 According to the consignor, the Crittenden and Keogh grave photographs were originally part of a collage of items that came from the collection of Sergeant William Capes who served with the 7th Cavalry Regiment, Company M in 1876. This company was a part of the garrison at Fort Rice, Dakota, until they marched to Fort Lincoln on May 5 and joined the regiment to take part in the Sioux expedition. The regiment then left Fort Lincoln on May 17 and Company M was part of a scouting party that Lieutenant Colonel George Custer took up the Little Missouri for 22 miles and returned on May 30. Company M did participate in the Little Big Horn River fight, and 12 from the company were killed, 2 died as a result of wounds, and 12 were wounded during this battle. Capes was on detached service from June 15, 1876, at Yellowstone Depot, Montana Territory, and he did not join the company until July 30, 1876. Thus, he did not participate at Little Big Horn (Hammer, 1972: 243-246).

9,994 Followers
Get notifications from your favorite auctioneers.
As Seen On
Shop With Confidence
Since 2002, LiveAuctioneers has made exceptional items available for safe purchase in secure online auctions.
Popular Searches
Artists & Creators
Brands
Style Periods
Origins
Company
Winning
Selling
Â© 2002-2020 LiveAuctioneers. All Rights Reserved.Cookie PolicyTerms & ConditionsPrivacy Policy
This site is protected by reCAPTCHA and the Google Terms of Service and Privacy Policy apply.
BACK TO TOP