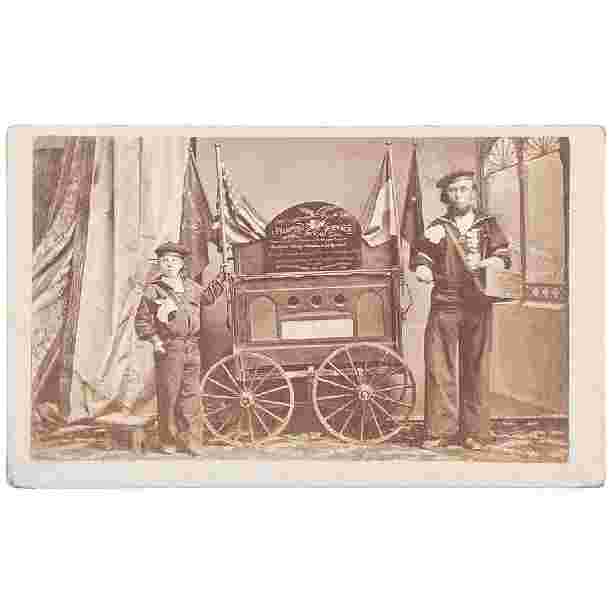 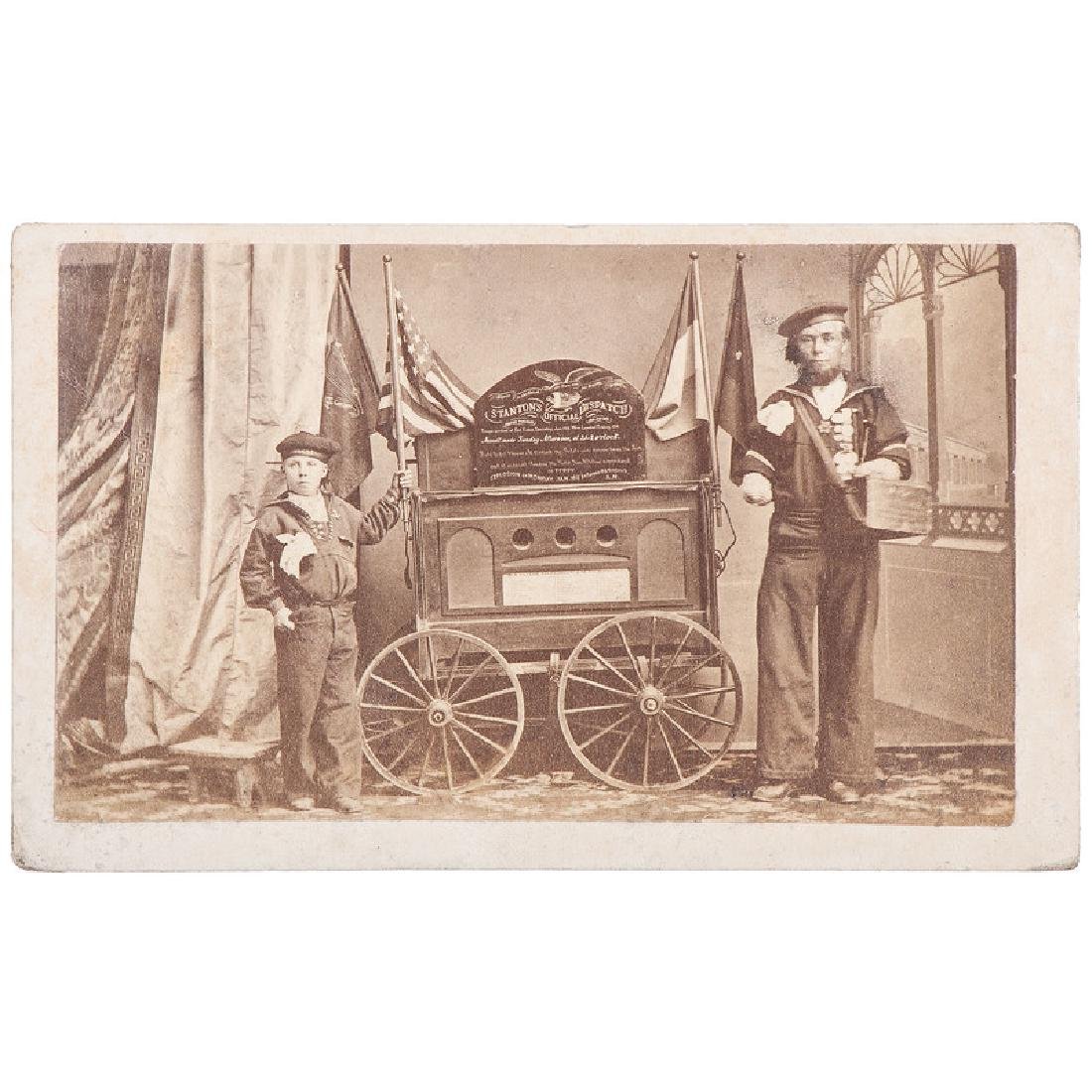 Carte featuring uniformed sailor and double amputee Bernard Toby/Tobey (named spelled variously), with both arms missing below the elbow, having ribbons on his shirt and a strapped "hurdy-gurdy," or hand organ, at his hip. He is posed next to a small cart flying an American flag, with a similarly uniformed young boy (possibly Toby's son) posed on the opposite side. The cart clearly shows a sign reading, in part, "Stanton's Official Dispatch," and proclaiming the victory at the Second Battle of Fort Fisher. Credited to Fetter's New Photograph Gallery, Logansport, IN on verso. Verso also bears a printed copy of Stanton's Official Dispatch, dated January 17, 1865, announcing the fort's fall. It reads, in part, "Troops arrive at Fort Fisher, Thursday, Jan. 12th; were landed Friday, Jan. 13th; assault made Sunday, at 3 1/2 o'clock P. M.; fight lasted seven hours...Explosion on Monday, Jan. 16th, between 6 and 7 o'clock, A.M."


Bernard Toby, a Dutch-born Crimean War veteran, moved to the United States with his wife in 1856, and enlisted in the US Navy after the Civil War broke out in 1861. Service in the war did not come without its personal tragedies, and Toby was no exception. On January 16, 1865 a powder magazine exploded while he was inside the surrendered Fort Fisher. Two-hundred men were killed or wounded in the accident, including Toby, who lost both of his arms. In need of extra money, Toby thought of a creative way to make the most of his situation. He purchased a hand organ and used it to perform concerts around the country with his son. These events, along with photographs such as the one featured in this lot, provided additional income for his family. This CDV is a fascinating reminder of the cost of war and a sailor who bore that cost with courage and ingenuity.

10,003 Followers
Get notifications from your favorite auctioneers.
As Seen On
Shop With Confidence
Since 2002, LiveAuctioneers has made exceptional items available for safe purchase in secure online auctions.
Popular Searches
Artists & Creators
Brands
Style Periods
Origins
Company
Winning
Selling
Â© 2002-2020 LiveAuctioneers. All Rights Reserved.Cookie PolicyTerms & ConditionsPrivacy Policy
This site is protected by reCAPTCHA and the Google Terms of Service and Privacy Policy apply.
BACK TO TOP