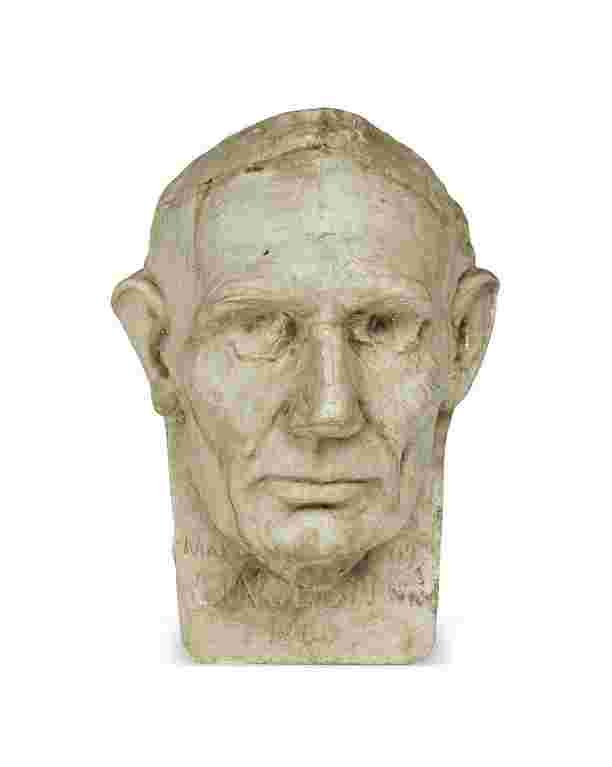 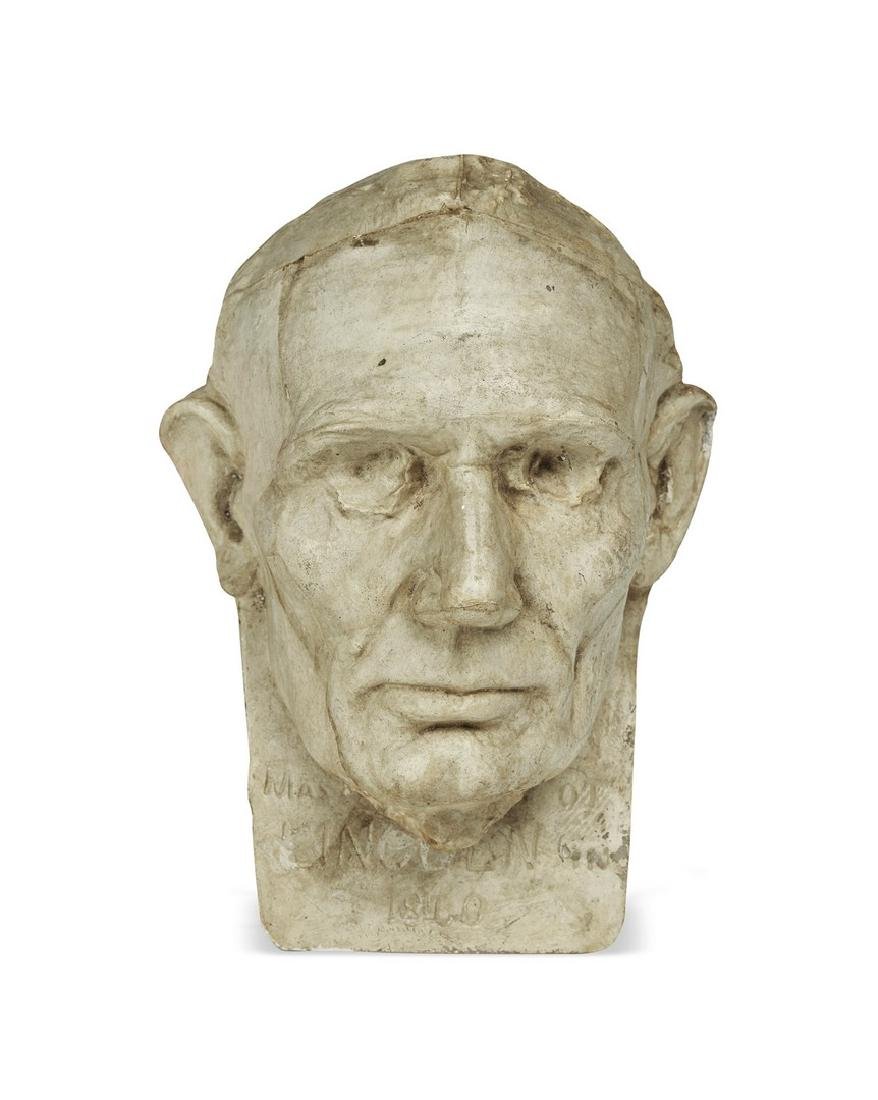 This Caproni casting of the 1860 Volk life mask of Abraham Lincoln was owned by prominent Lincolniana Collector Harold Holzer.


In the spring of 1860, sculptor Leonard Wells Volk (1828-1895) asked Lincoln to sit for a bust. The artist began by doing a life mask, and Lincoln found the process of letting wet plaster dry on his face “anything but agreeable.” Volk had opened a studio in St. Louis in 1848 and married a cousin of Stephen A. Douglas. With Douglas’s assistance, Volk studied in Rome for two years in the mid-1850s, then settled in Chicago.

To make the life mask, Volk applied light oil to the face, matted down the hair with clay or lard, then applied plaster of Paris to the face with a spoon, covering everything but the nostrils and eyes. When the plaster sets, it becomes quite hot, so the sitter endures about half an hour of discomfort. When the plaster is thoroughly hardened, it is removed from the face. After it dries completely, liquid plaster of Paris is poured into it, which in turn hardens, and the outer mold is chipped off, revealing the reproduction of the face in plaster of Paris. In this case, according to Volk’s later reminiscence, Lincoln himself bent his head low and worked off the mold without break or injury, though it pulled out a few hairs about the temples, which made his eyes water.

The Volk life mask is one of only two completed of Lincoln; Clark Mills did the other in February 1865. In May 1860, Volk followed up his request with a separate request for a casting of Lincoln’s hands in Springfield, which Lincoln allowed.

Volk used the piece for later works, and other artists such as Augustus Saint-Gaudens and Daniel Chester French studied this life mask for their own sculptures of Lincoln.

Italian brothers Pietro Caproni (1862-1928) and Emilio Caproni founded P.P. Caproni & Brother in 1892 in Boston. Their company made and sold plaster copies of sculpture masterpieces for museums, schools, and collectors. The brothers sold their interest in the company in 1927, but it continued to operate under various names into the 1950s.

This mask is likely one offered by P. P. Caproni & Bro. in a “Special Circular for the Lincoln Centenary, February 12, 1909,” distributed to schools and other organizations for the commemoration of the centennial of Lincoln’s birth in February 1909. The exact same version of this mask sold at Heritage Auctions on January 24, 2015, "The Donald Dow Collection of Lincolniana", with a single hand included. The catalog said, "We have never seen this particular version before." The pair sold for $15,000, but obviously the much more valuable of the two items included was the mask.

Provenance: This piece is from the collection of Harold Holzer (b. 1949), a prominent Lincoln scholar and collector of Lincolniana. He is the author or editor of fifty-two books, most on Abraham Lincoln, and specializes in representations of Lincoln in visual culture. Holzer was senior vice president for public affairs at the Metropolitan Museum of Art in New York from 1992 to 2015 and served as co-chair of the Abraham Lincoln Bicentennial Commission from 2000 to 2010.