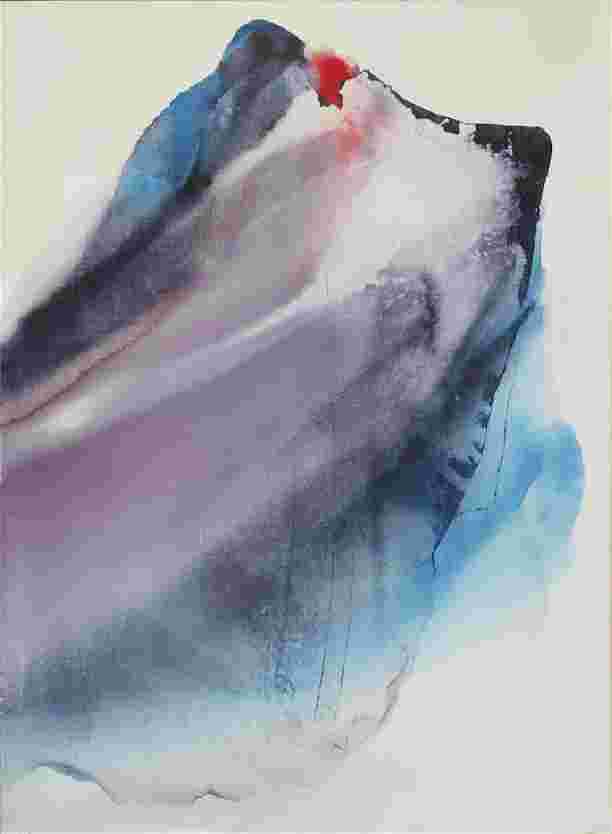 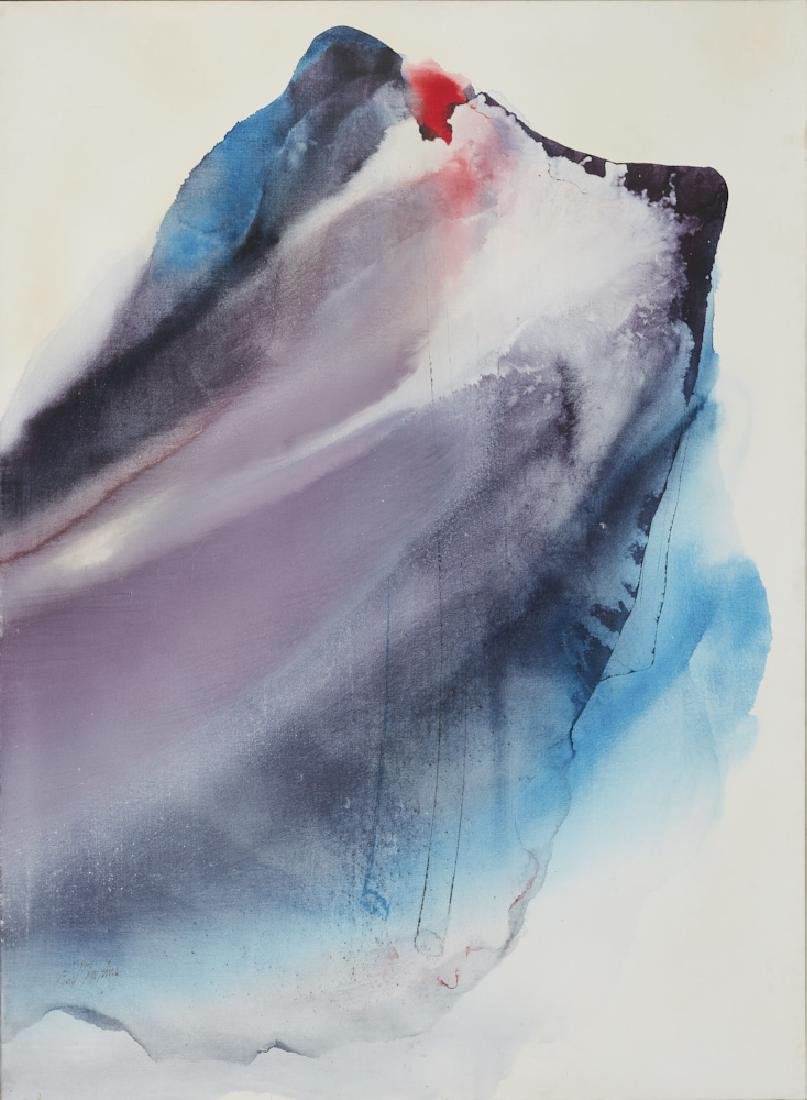 NY Times Obituary: Paul Jenkins, a colorful Abstract Expressionist who came of age during the heyday of the New York School and for several decades carried on its highly physical tradition of manipulating paint and canvas, died on June 9 in Manhattan, where he lived and had continued to paint until recently. He was 88. In the late 1940s, joining a wave of aspiring painters moving to New York, Mr. Jenkins used the G.I. Bill to study at the Art Students League and soon met Jackson Pollock and befriended Mark Rothko. Early on he adopted a tactile, chance-driven method of painting that relied on almost every technique but rarely brushwork. Dribbling paint, Pollock-like, onto loose canvases, he allowed it to roll, pool and bleed, and he sometimes kneaded and hauled on the canvas - "as if it were a sail," he said once. His favorite tool for many years was an elegant ivory knife, which he used to guide the flow of paint. The billowy, undulating results could look like psychedelic landscapes or what Stuart Preston, reviewing his work in The New York Times in 1958, described as "Abstract Expressionist rococo." Influenced by the theories of Jung and by the visionary imagery of Odilon Redon and Gustave Moreau, Mr. Jenkins described himself as an "abstract phenomenist," and from the 1960s on, all his paintings' titles began with the word "Phenomena." "I have conversations with them," he said of his paintings, "and they tell me what they want to be called." His work attracted collectors and museums in the United States, but he had a stronger following in Europe, where, with his flowing hair and beard - a friend said he looked like Charlton Heston's Moses - he seemed to embody an old-fashioned archetype of the avant-garde artist. In a 2009 review of work from the 1960s and '70s, Roberta Smith wrote in The Times that Mr. Jenkins's paintings were "more a popular idea of abstract art than the real thing" and "too gorgeous for their own good." William Paul Jenkins was born - during a lightning storm, according to his official biography - in Kansas City, Mo., on July 12, 1923. As a boy, he met both Thomas Hart Benton and Frank Lloyd Wright. (Wright suggested that he should think about a career in agriculture rather than art.) He worked weekends at a ceramics factory, where watching the master mold-maker's handling of shape and color, he said, had a profound effect on his ideas about painting. By the 1970s and '80s, his art career had provided him with a glamorous lifestyle, divided between France, where his paintings graced a Pierre Cardin boutique, and New York, where he worked in an airy loft near Union Square that had previously belonged to Willem de Kooning. The first lady of France, Danielle Mitterrand, once visited the studio, and the party he gave for her was attended by guests like Paloma Picasso, Robert Motherwell and Berenice Abbott. In 1971, the Houston Museum of Fine Arts and the San Francisco Museum of Art organized a retrospective of Mr. Jenkins's work. But he got much more exposure in 1978, when his paintings had a starring role in the Paul Mazursky movie "An Unmarried Woman," in which Alan Bates plays a smoldering, heavily bearded Manhattan artist. The paintings supposedly done by the Bates character were actually his work. Mr. Jenkins spent weeks teaching Mr. Bates how to approximate his methods of paint-pouring.