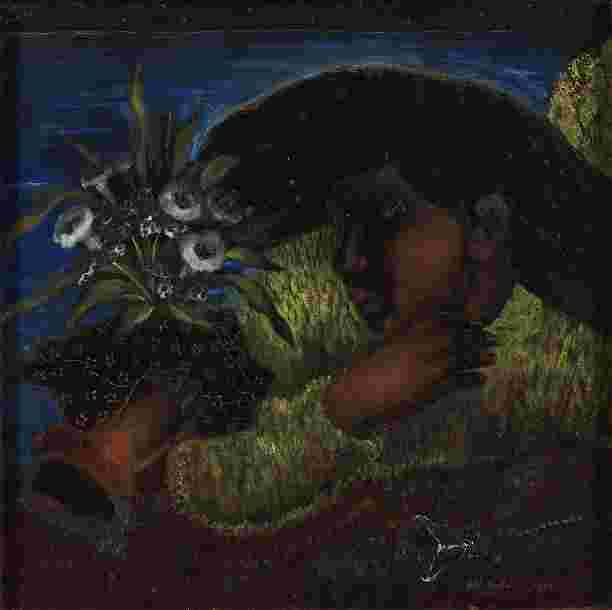 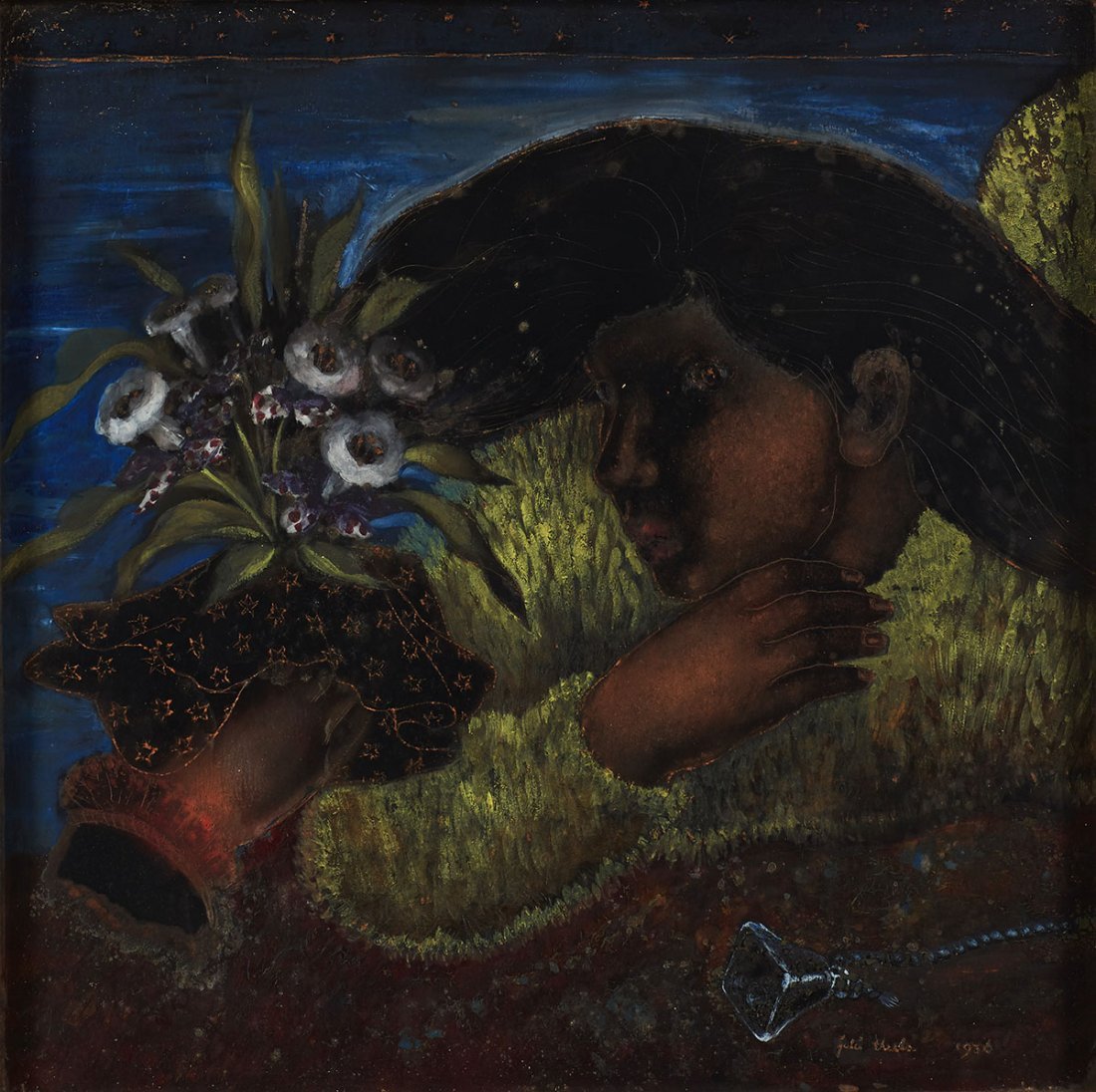 From AskArt: Julia Thecla Connell was born in 1896 in the rural town of Delavan, Illinois, to Irish parents Julia Fitzpatrick Connell and James Gleason Connell. She had three older sisters and one younger brother, and showed an early aptitude for art. Thecla began her art education as soon as she was old enough to pay for classes, studying at Illinois State University, Normal, for a summer. In 1920 she moved to Chicago, taking classes at the School of the Art Institute of Chicago (SAIC), supporting herself and her studies through art and antique restoration work. Around that time, she dropped the Irish surname Connell and assumed the name Thecla, fashioning a new identity for herself as an artist. She joined many associations in the 1930sÂ—including the Chicago No-Jury Society of Artists, the Neoterics, and the Chicago Society of ArtistsÂ—and participated in Chicago's first outdoor art fair held in Grant Park in 1932. In 1936 Thecla enrolled in Francis Chapin's lithography class at SAIC. She developed a personal vocabulary of fairy tale images of children and animals. During her employment in the easel painting section of Works Progress Administration during the Depression (1938-42), however, she tempered her imaginative explorations and produced more prosaic themes of everyday life.Thecla met Ivan Albright and Gertrude Abercrombie in the 1930s, and, like them, joined the modernist trend toward fantasy. Imaginative and dreamlike images like theirs blossomed in 1920s and 1930s Chicago. Thecla's early works are representational but as personal, unconventional, and idiosyncratic as she was. Known for her odd way of dressing and childlike persona, Thecla lived alone in a tiny apartment with an assortment of animals, including a chicken and rabbit. Chicago critic C. J. Bulliet described her as shy, self-effacing, and quiet, and declared her "the mystery girl of Chicago art." Some have argued that her oddness was a performance and should not overshadow her credibility as an artist. It is important, however, to recognize how her uniqueness extended to her approach to making art. She developed an original technique of rubbing through the top layer of opaque watercolor to create smudged, mottled surfaces, often crossed by delicate, scratched lines.Her subject matter shifted away from the childlike imagery, becoming increasingly arbitrary and unusualÂ—and based on her imagination. She often incorporated images of floating or flying, as if floating to another world. For instance, in Girl on the Flying Trapeze, 1936, she takes the viewer into the heavenly realm of the trapeze artist high above the spectators below; stark white highlights accentuate the sparkles on her shoes and skirt.Silver Bell Cabaret, 1937, exemplifies well her preference for stark outlining as seen in the myriad details of clothing, hair, fabrics, and furs. Dramatic red curtains frame the scene and render its "reality" ambiguous. Untitled (Girl with nest egg), 1937, is also heavily detailed: Thecla incised paint to mark the floor boards and stairway. It merits comparison to Abercrombie and Harold Noecker, whose surrealist works also tended to depict lone figures in empty rooms or vacant surroundings. Thecla's Girl with Nest Egg conveys an outsider's point of view and is imbued with a sense of mystery. It depicts a room full of doors and windowsÂ—portals to an unknown world, whose stars match those on the girl's dress. She holds up her hands as if she is as mystified as we are at the appearance of a giant egg (possibly an ostrich's) in front of her.Thecla also reworked the surface of Millinery, 1944, in which two women gaze admiringly at themselves in twin handheld mirrors, wearing gloves and heavy coats, while inspecting their fine hats. Thecla scratched oil paint off the surface to create the mottled quality of faces and dark skin, and added contrast with stark outline. People and Planets, 1946, takes on a more idiosyncratic, playful, and abstract tone. It's a mythological scene of water rocks and sea creatures, in which vivid aqua and pink tones render an otherworldly terrain. With her interest in depicting details of clothing and accessories, it is not surprising that Thecla designed scenery and costumes for three ballets choreographed by her friend Berenice Holmes in 1945-46. Many of her works also show this interest in dancersÂ—another predominately female realm.Thecla's later works became more mystical and enigmatic, whimsical, and dreamlike, as seen in her gouache, Untitled (Women and birds). She portrayed herself in front of a wall of her work but obscured her face in a 1950 Untitled (Self-portrait with paintings), allowing the works on the wall to stand in for her representation. Bird Girl Investigator, 1961, even further abstracts the human form, melding surreal images of birds, people, and heavenly bodies, as if fully launched into a stellar realm. Like many figurative artists of the 1940s, Thecla's work lost favor in the shift toward abstraction.With no immediate family to care for her in her old ageÂ—she never married and had no childrenÂ—Thecla died in relative obscurity in a Catholic charity home in Chicago in 1973. She was given a solo exhibition at the Illinois State Museum in Springfield in 1984.