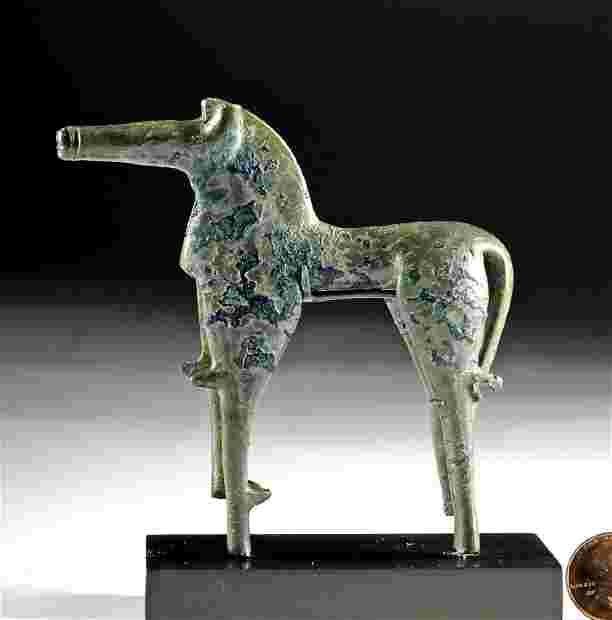 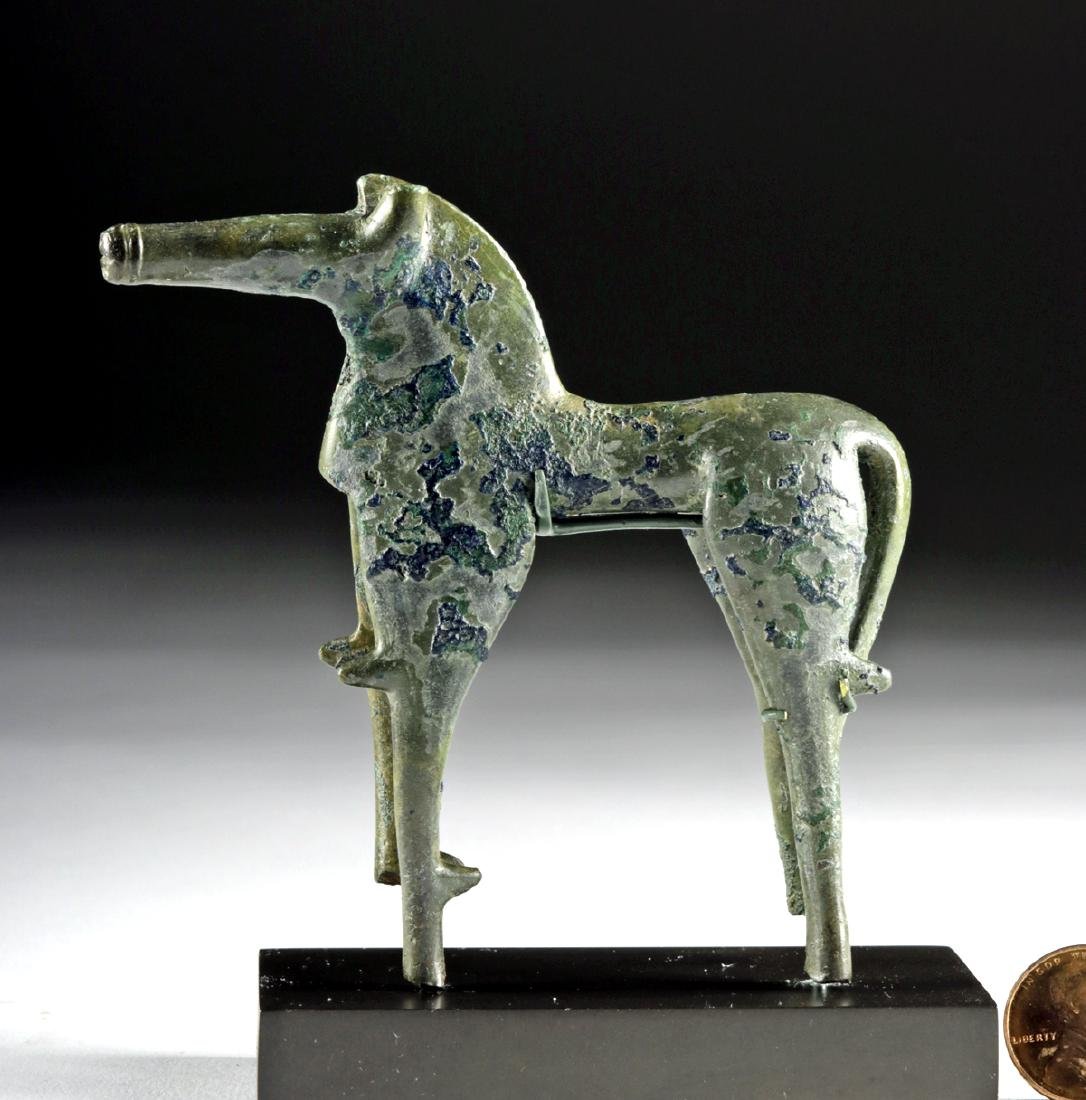 Ancient Greece, possibly Laconian Type, Geometric Period, ca. 8th century BCE. A petite bronze horse presenting the characteristic abstract stylings of the Geometric period. The equine form stands with an elongated body upon a pair of slender legs, with a sinuous tail and an angular posterior comprising the back end. The minimalist head exhibits a stylized integral crested mane, a drawn-out face with cylindrical muzzle, and singular perky ear on top, with a smooth layer of sage-hued patina and areas of deeper forest green patina covering the surface. Zoomorphic representations of this period are generally small in scale, and the figures have simplified schematic shapes as we see in this example. A wonderful piece indicative of the beginning of Greek figural art when the Hellenistic penchant for naturalism was in its embryonic stages. Size: 3.75" L x 3.75" H (9.5 cm x 9.5 cm); 4.25" H (10.8 cm) on included custom stand.

The Geometric Period was when many of the trends that would define Classical Greece began: there was an explosion in population leading to the development of proto-urban centers and the construction of monumental temples and sanctuaries; writing, lost after the Mycenaean period, returned to Greece, and along with it came the writing down of The Iliad and The Odyssey for the first time; finally, much of the artwork of the period depicts scenes of gods that would later become codified as the official Greek state religion. As would be expected in a time period that in retrospect seems obsessed with epic themes, horses, chariots, and warriors were the most commonly depicted things in Geometric Period art.

Missing one ear. Losses from tip of other ear, lower sections of legs and tail. Incredible patina of sage green and aqua hues.