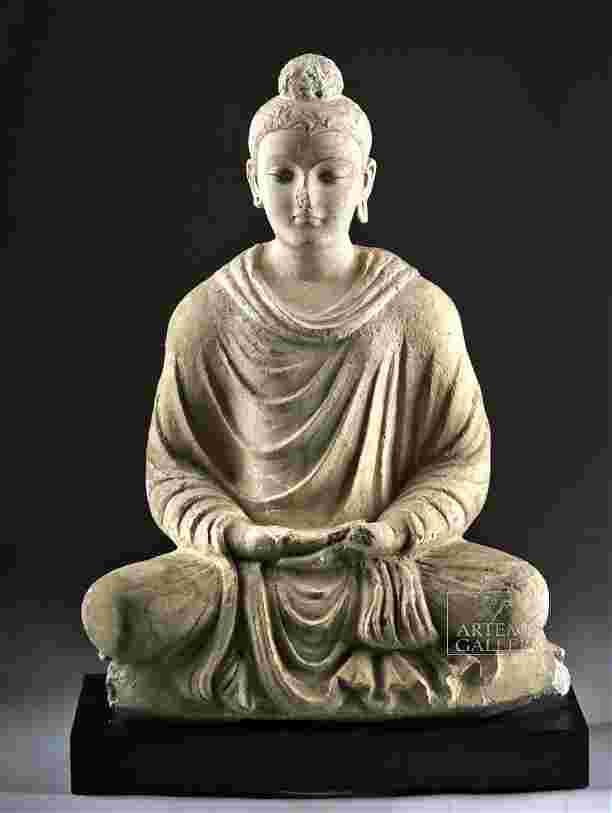 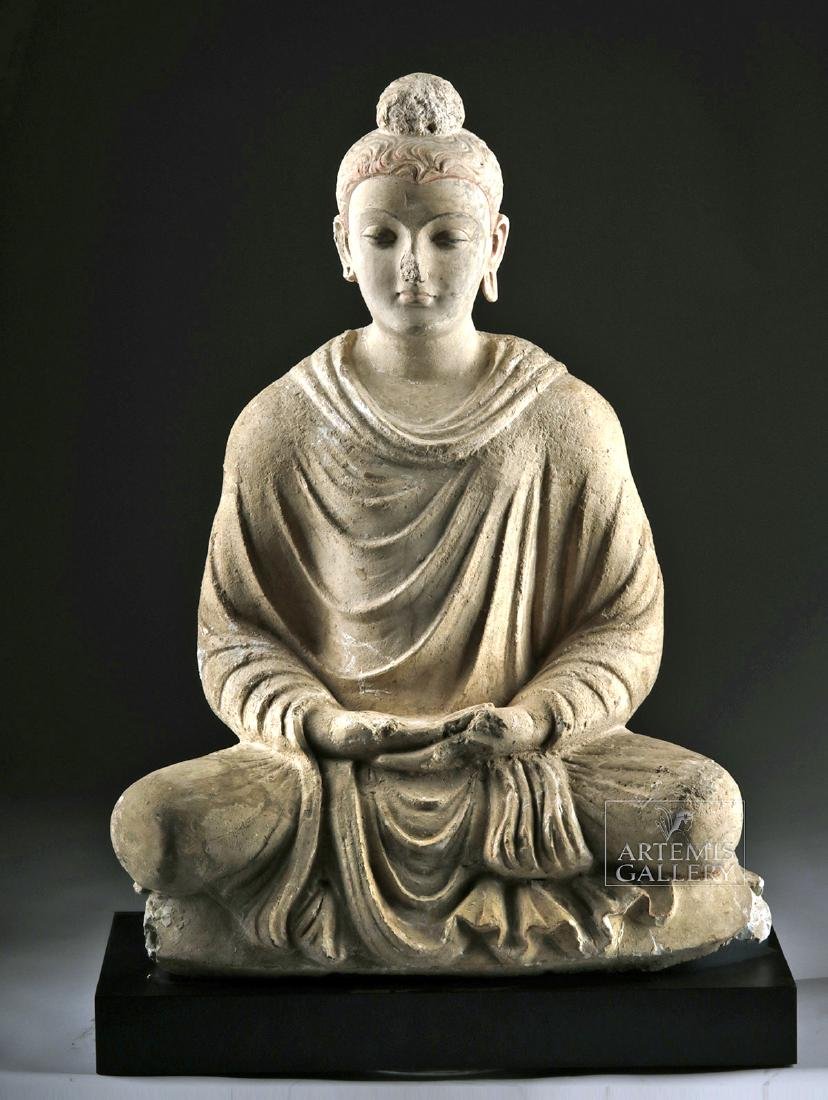 Central Asia, Pakistan and Afghanistan, Gandharan Empire, ca. 3rd to mid 5th century CE. A fantastic stucco portrayal of a youthful Buddha, known as Shakyamuni Buddha or Siddhartha Gautama, the crown prince of the Shakya Kingdom. He sits with his legs crossed, as if he is beneath a tree, meditating - how he would eventually come to enlightenment. He is seated on a low plinth and his hands rest in his lap in the Dhyana Mudra, used for meditation and deep concentration. His ears are long, emphasizing his wealth - they have been stretched from wearing large earrings. Here he is shown after his enlightenment, as evidenced by his large ushnisha, the rounded projection from the top of his head that symbolizes his newfound knowledge. Remains of a pale red pigment is on his hair, with black details on the eyebrows and eyelids. Mahayana Buddhism was very important in this region. Parthian, Greek, Roman, and Bactrian influences combined to create naturalistic human figures like this one. Size: 9" L x 20.75" W x 27.5" H (22.9 cm x 52.7 cm x 69.8 cm); 30" H (76.2 cm) on included custom stand.

Gandharans are famous for schist and stucco carvings, with stucco replacing schist as the dominant material around the 3rd century CE. Vast monastic institutions like those at Takht-i-Bahi, Sahri-Bahlol, Jamal Garhi, Ranigat, and Thareli were decorated by skilled artisans with stucco representations of important figures, religious scenes, and artistic dedications. Stucco allowed artists more freedom in portraying lifelike features, as shown in the gentle curve of the brow here. During this time, Gandhara was exceptionally wealthy, profiting from trade along the Silk Road; patrons had resources to spend on the arts, creating a flowering of stucco artwork.

Head has been reattached; repair is well done and difficult to see. Losses to tip of nose, tops of hands, one earlobe, and bottom corners of the plinth. The back is undecorated and rough. Incredible remaining pigment on face and head. Light scratching and chips across surface commensurate with age. Beautiful weathered surface with light deposits.