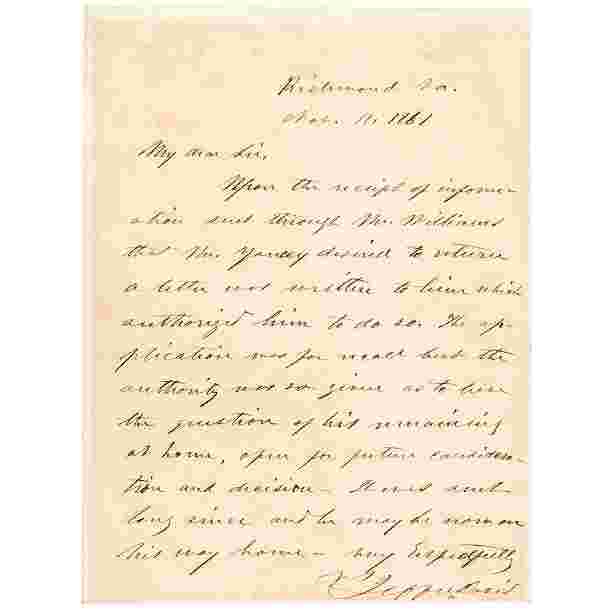 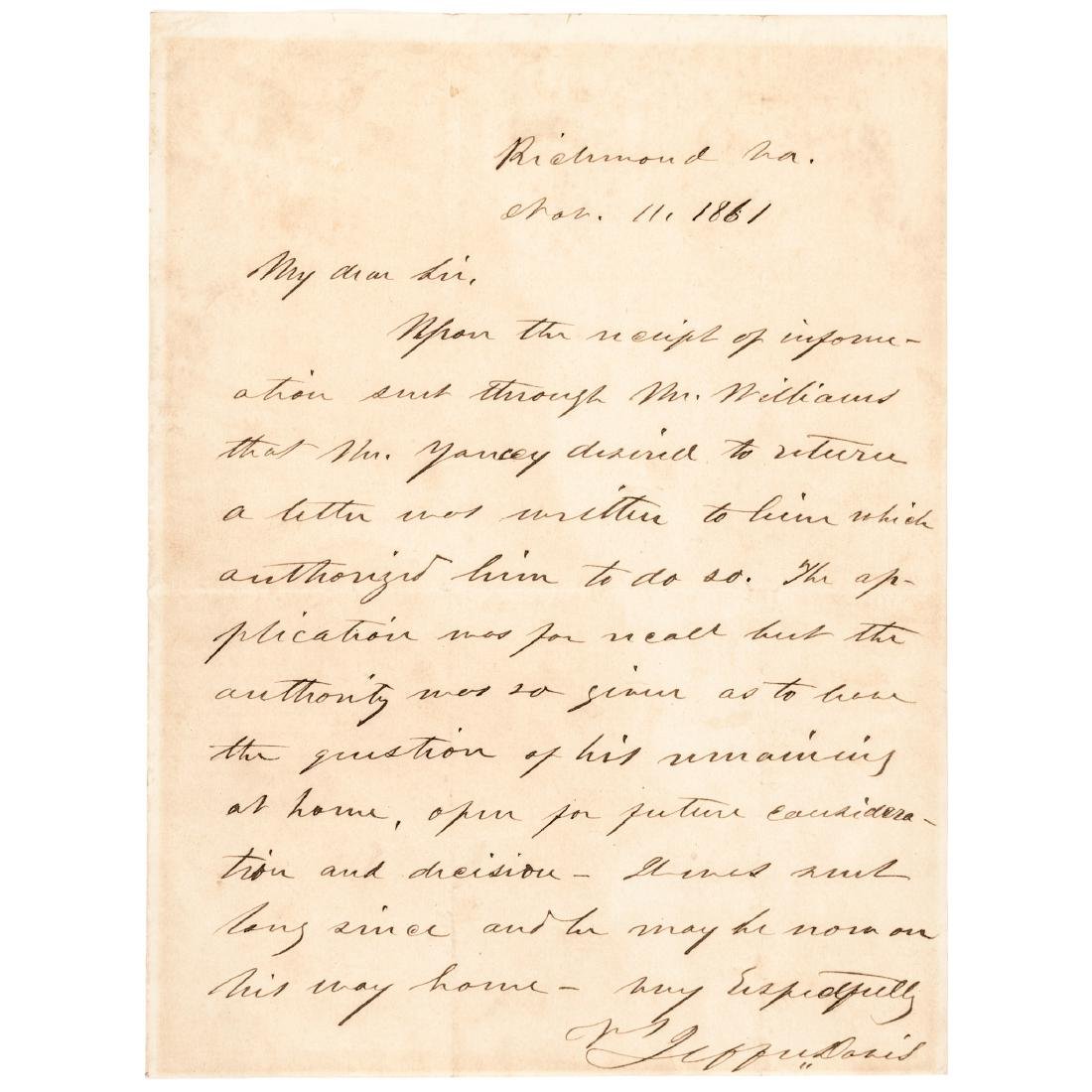 "Richmond, Va. -- Nov. 11, 1861. -- My dear Sir, --- Upon the receipt of information sent through Mr. [James] Williams that Mr. [William L.] Yancey desired to return, a letter was written to him which authorized him to do so. The application was for recall but the authority was so given as to leave the question of his remaining at home, open for future consideration and decision - It was sent long since and he may now be on his way home. Very respectfully, -- (Signed) Jeffn Davis."

During the Civil War, Confederate President Jefferson Davis dispatched Yancey to Europe on a mission to secure diplomatic recognition for the Confederacy; his efforts were unsuccessful. In 1862, he was elected to the Confederate Senate and served there until his death.
William Lowndes Yancey (1814-1863) was a journalist, politician, orator, diplomat and an American leader of the Southern secession movement. A member of the group known as the Fire-Eaters, Yancey was one of the most-effective agitators for Secession and rhetorical defenders of Slavery.

Yancey exceeded the views of many Southern partisans by calling for the resumption of the African Slave trade. In 1850, he opposed the compromise efforts of Henry Clay and called for Secession.

In 1860, Yancey attended the Democratic National Convention and worked to include Southern demands in the party platform. His efforts were opposed by the backers of Stephen A. Douglas, prompting a walkout by Yancey and other Southern delegates. He later attended the Southern Democratic Convention in Baltimore and worked on behalf of its candidate (see Election of 1860). Following Lincoln's triumph, Yancey drafted the Secession Ordinance for Alabama in January 1861.

875 Followers
Get notifications from your favorite auctioneers.
As Seen On
Shop With Confidence
Since 2002, LiveAuctioneers has made exceptional items available for safe purchase in secure online auctions.
Popular Searches
Artists & Creators
Brands
Style Periods
Origins
Company
Winning
Selling
Â© 2002-2020 LiveAuctioneers. All Rights Reserved.Cookie PolicyTerms & ConditionsPrivacy Policy
This site is protected by reCAPTCHA and the Google Terms of Service and Privacy Policy apply.
BACK TO TOP