7 Antique Medical Books 1800's Macrobiotic or our Diseases and our Remedies by Julius Hensel; Diagnosis and Modern Treatment

A Child's Garden of

Eleven Dr. Seuss Childrens Books, How the Grinch Stole Christmas, 1957, dust jacket, If I Ran the Circus, 1965, Yertle the

An antique illustrated book of poetry for children. Illustrations by P. B. Lambin. Published by I. Knebel, Moscow, 1913. The

This lot includes 5 Vintage Disney Donald Duck Children's Books. They are in used condition and present expected signs of 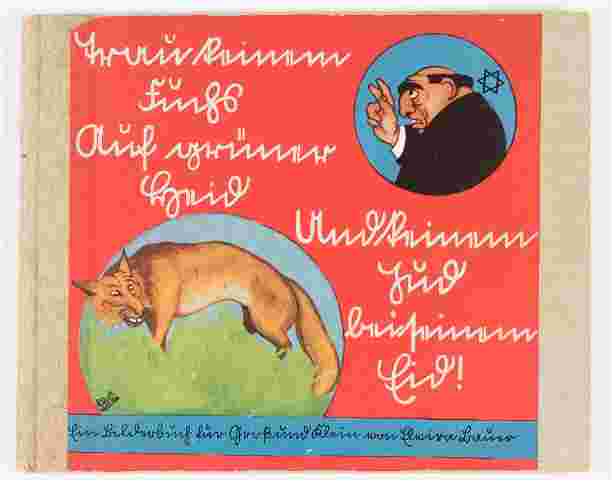 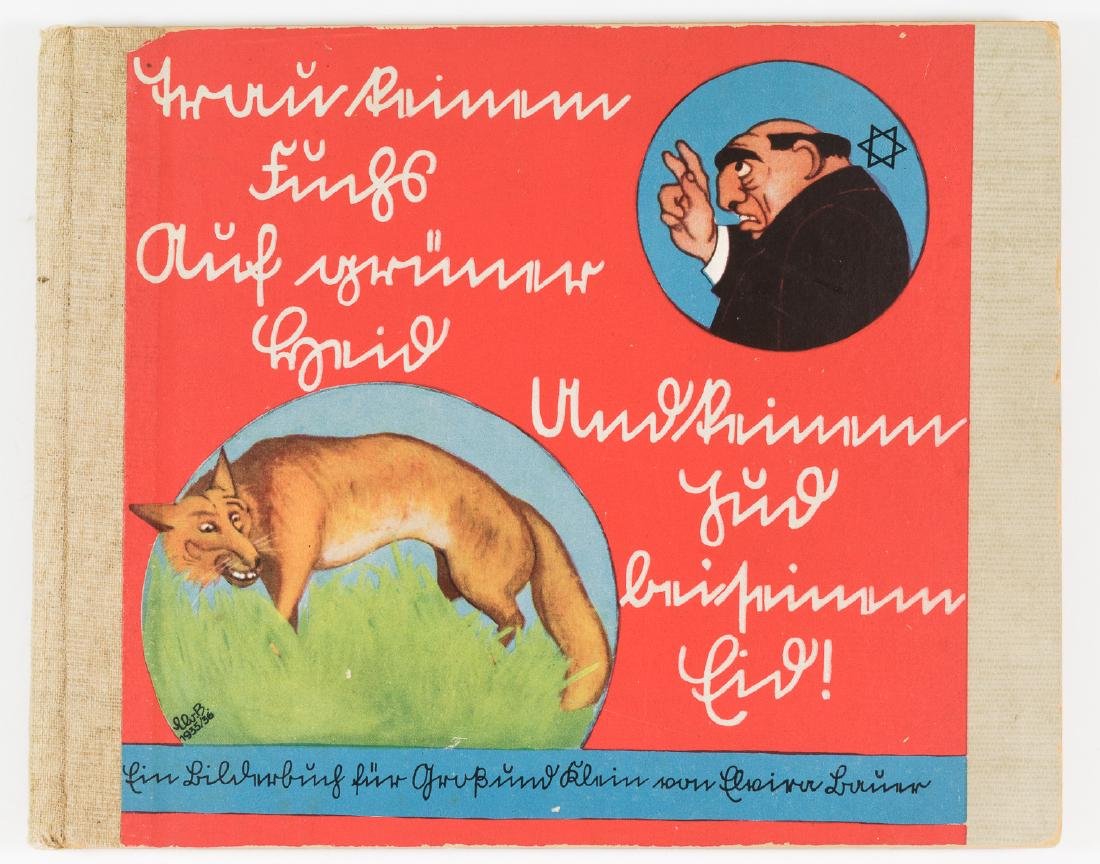 A vile piece of Nazi propaganda, the "instructional" children's book "Trau keinem Fuchs auf gruner Heid und keinem Jud auf seinem Eid" ("Do Not Trust a Fox in a Green Pasture or a Jew Upon His Oath!"), by Elvira Bauer and published by Julius Streicher's Sturmer Publishing Company in 1936. The brightly-colored hardbound picture book was issued to school children as a supplement to other anti-Semitic "primers" such as "The Poisonous Mushroom". It is replete with lurid imagery of dirty, dark-skinned Jews up to no good among innocent and angelic Aryan children, and highlights the heightened Nazi perception of racial differences with every stanza. The book begins with an account of how the lazy Jews historically made their race bothersome to others, and quips: "Look, children, and the two compare, The German and the Jew. Take a good look at the two In the picture drawn for you. A joke - you think it is only that? Easy to guess which is which, I say: The German stands up, the Jew gives way". This rhetoric amplifies as the book progresses with narratives against Jews and their alleged love of money, Jewish lawyers swindling a simpleton farmer, luring Aryan women away from their men with gold and jewels, and so forth. It goes so far as to include an unabashed glorification of Streicher himself: "To him we owe our deepest thanks That German stock remains so sound. The Jews in turn he's taught a lesson, The value of a healthy folk. He let them feel the German spirit Twixt Jew and us he's shown the difference. That is Streicher!!". Of particular note is an image of a wealthy Jew driving a pauper and his daughter from his doorstep, a Jewish butcher serving Aryans cuts of meat from a filthy butcher shop, and ignorant Jewish children tormenting the school-loving Aryan kids. The book concludes with a bucolic image of Hitler Youth on the march and the verse: "From this picture may be seen, Hitler Youth in splendid mien, From smallest to the biggest boy. All are husky, tough, and strong. They love their German Fuhrer And God in Heaven they fear. But the Jews they must despise! They're not like these boys, So Jews must just give way!" This piece of anti-Semitism was one of the most vitriolic published by Streicher. With its bright illustrations and appealing typeface, it enjoyed tremendous popularity and had a run of over 100,000 copies. This particular example is in near fine condition with just slight bumps to the edges and minor toning.