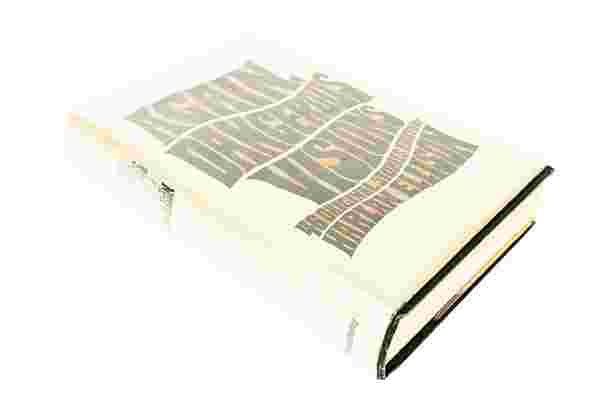 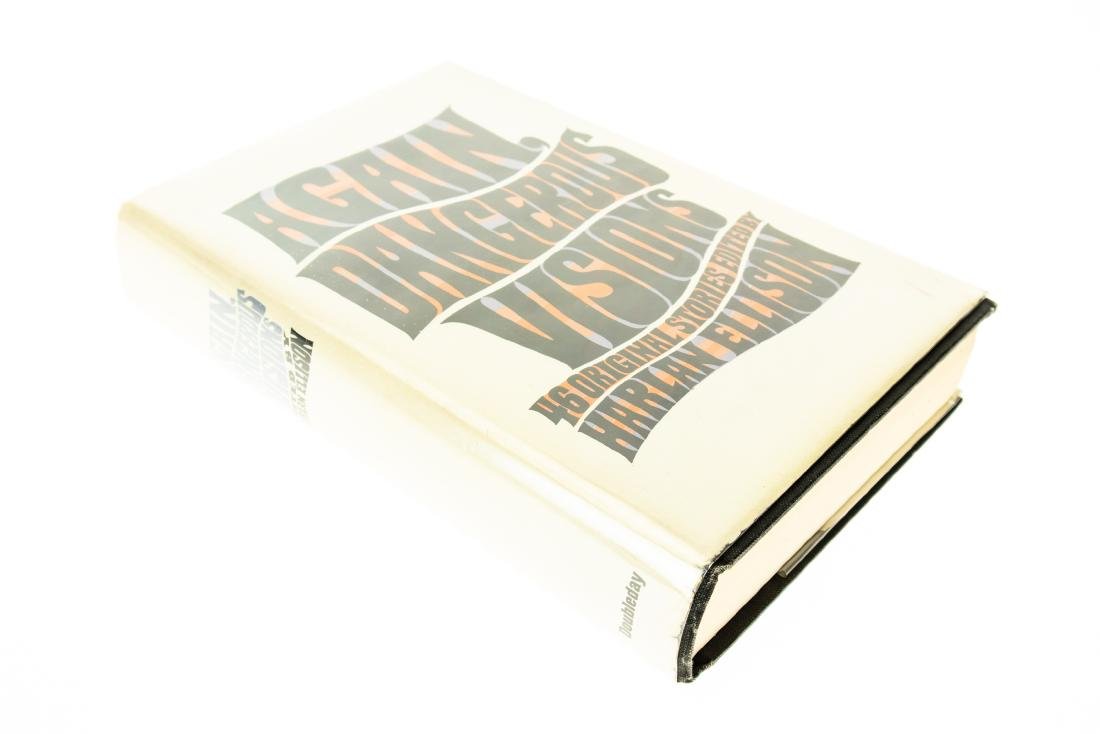 His published works include more than 1,700 short stories, novellas, screenplays, comic book scripts, teleplays, essays, and a wide range of criticism covering literature, film, television, and print media. Some of his best-known work includes the Star Trek episode "The City on the Edge of Forever", his A Boy and His Dog cycle, and his short stories "I Have No Mouth, and I Must Scream" and " 'Repent, Harlequin!' Said the Ticktockman". He was also editor and anthologist for Dangerous Visions (1967) and Again, Dangerous Visions (1972). Ellison won numerous awards, including multiple Hugos, Nebulas, and Edgars.
Publisher: Doubleday and Company, Inc.
City: Garden City, New York
Year: 1972
Printing Information: First Edition
Binding Style: Hardcover
Pagination: 760 pages
Width: 6.5" Height: 9.5"
Book Details: Bound in black cloth with gilt writing to the spine, this signed first edition retains the original dust jacket. From the dust jacket: â€œAll you need to know about this bookâ€¦It is the companion volume to the most influential book of speculative fiction in the past twenty-five years, the award-winning Dangerous Visionsâ€¦It contains original stories, written specially for this anthology, by forty-two very special writers.. It contains forty-six stories ranging in length from shorties of 1,000 words to short novels of 40,000 words; each story was written without thought to taboos or publishing restrictions that usually hamper sf writers. Of course, you remember what a mind-blower, in this respect, was Dangerous Visions..Each story has its own Afterword by the author, as well as its own individual Introduction by the editor.â€
Condition / Notes: This vintage volume shows well with mild shelfwear. The binding and text block are sound. Text and illustrations are clear and crisp through very mild age toning. The original dust jacket is intact and shows well, with very mild wear.

845 Followers
Get notifications from your favorite auctioneers.
As Seen On
Shop With Confidence
Since 2002, LiveAuctioneers has made exceptional items available for safe purchase in secure online auctions.
Popular Searches
Artists & Creators
Brands
Style Periods
Origins
Company
Winning
Selling
Â© 2002-2020 LiveAuctioneers. All Rights Reserved.Cookie PolicyTerms & ConditionsPrivacy Policy
This site is protected by reCAPTCHA and the Google Terms of Service and Privacy Policy apply.
BACK TO TOP