Ejnar Thornvig, Danish painter of the 20th century, snow-covered winter landscape, oil on canvas, u. re. signed u. dat. (19) 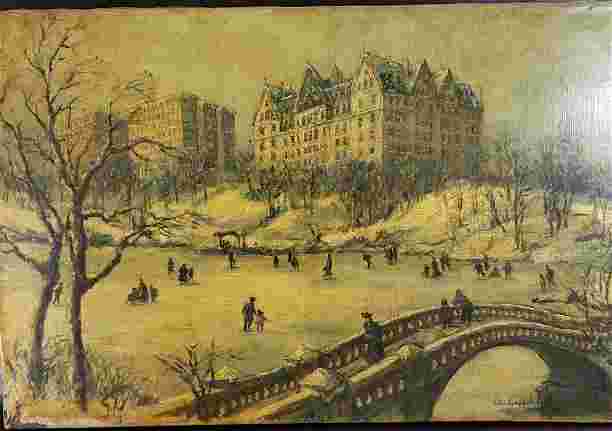 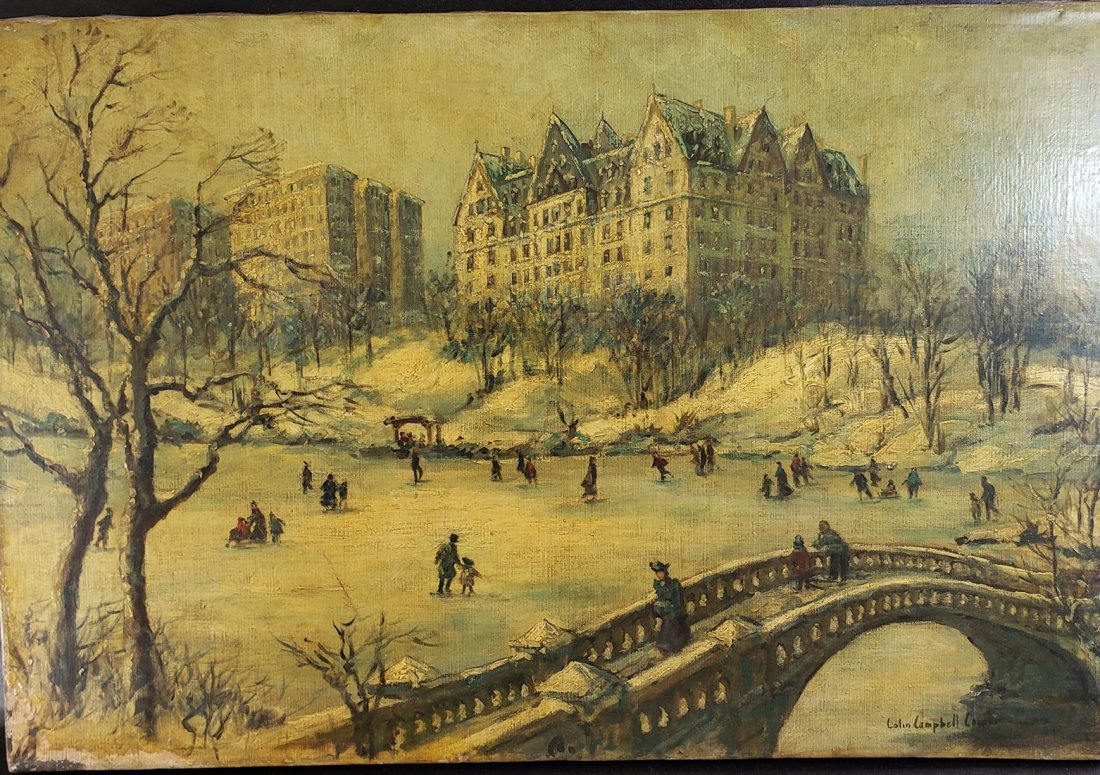 1856-1937 Colin Campbell Cooper Winter Landscape. Measures 20" x 30".Provenance: Inherited by a private collector from Orlando Florida.Bio: A resident and distinguished impressionist painter of both the East and West Coasts, Colin Campbell Cooper earned an international reputation with his depictions of landscapes, florals, portraits, gardens, interiors and figures. He was especially noted for street scenes and skyscrapers of New York and Philadelphia, and his impressionist* palette was inspired by Childe Hassam, whom he met in New York beginning in the 1890s. In the later part of his life, he focused on West Coast subject matter and espoused The California Style* of watercolor painting, a bold, aggressive new oil-painting look to a medium that had traditionally been used more modestly. He was born in Philadelphia to an upper class family where the father was a surgeon, and he, the son, was encouraged by his educated family to pursue art. He was also inspired by the art he saw at the 1876 Philadelphia Exposition*. He studied at the Pennsylvania Academy* of the Fine Arts with Thomas Eakins and in Paris at the Academies Julian*, Vitti, and Delecluse*. During that time, he traveled throughout Europe and painted picturesque architectural scenes, which gained him widespread recognition. Sadly many of these paintings were lost in a fire of 1896.From 1895 to 1898, he was instructor of watercolor at the Drexel Institute in Philadelphia and then moved to New York City from where he and his artist wife, Emma Lampert, traveled throughout the world in search of subject matter. On a European trip in 1912, they sailed on the Carpathia and became part of the rescue operation of the sinking Titanic, an experience that Cooper depicted in a painting, View of Steamship Carpathia passing along the edge of the ice flow after recuing survivors of the Titanic (1912).Of this event it was written by an historian that Carpathia, built 1902, "was sailing from New York City to Rijeka on the night of Sunday, 14 April 1912. Among her passengers were renowned American painters Colin Campbell Cooper and his wife Emma, journalist Lewis P. Skidmore, photographer Dr. Francis H. Blackmarr and Charles H. Marshall, whose three nieces were traveling aboard the Titanic. . . .At 4 o'clock in the morning Carpathia arrived at the scene after working her way through dangerous ice fields. Carpathia was able to save 705 people, all that survived the sinking of Titanic. Carpathia, outbound for the Mediterranean prior to the distress call, ferried the survivors to New York." (lostliners.com)The Coopers first went to California in 1915, spending the winter in Los Angeles and in 1921, settled in Santa Barbara, where he served as Dean of Painting at the Santa Barbara Community School of the Arts*.He was a member of numerous associations including the California Art Club*, Salmagundi Club*, and the National Academy of Design*. His work is in many museums including the Cincinnati Art Museum, the St. Louis Museum, and the Oakland Museum. Cooper died in Santa Barbara.

excellent Descriptions provided in both printed and online catalog formats do not include condition reports. The absence of a condition statement does not imply that the lot is in perfect condition or completely free from wear and tear, imperfections or the effects of aging. Interested bidders are strongly encouraged to request a condition report on any lots upon which they intend to bid, prior to placing a bid. All transactions are governed by RBFineArts LLC Conditions of Sale.