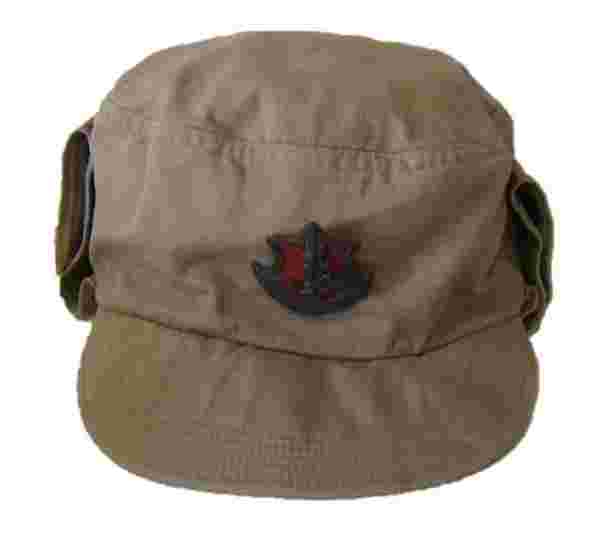 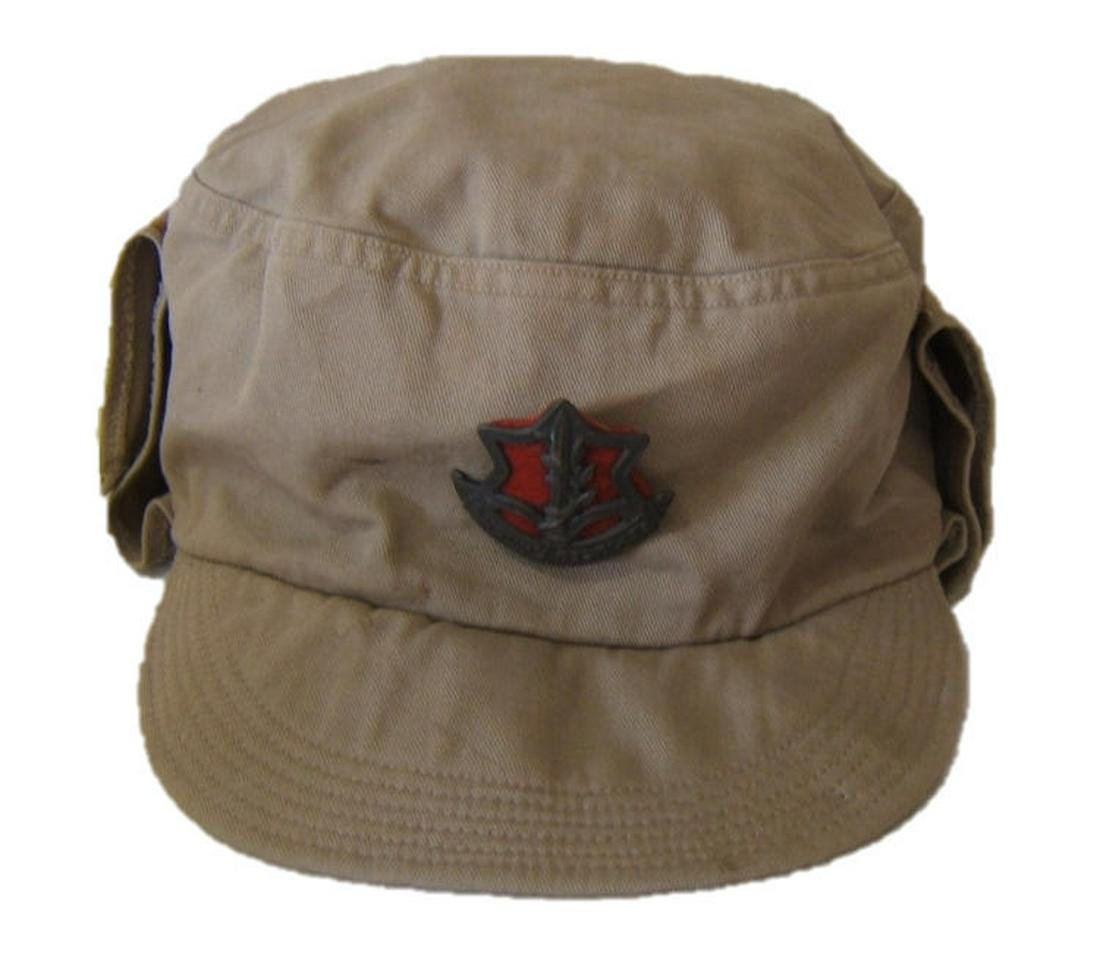 Rare khaki first version of the Israeli Army 'Hitelmacher' hat bearing the IDF metal insignia badge, circa. 1948. Of the two major varieties produced, this is the earlier, American-made issue in khaki denim (the other version, of Israeli manufacture is made of green denim), and stamped by the donating Yiddish hat makers union of America. This first issue was part of a donated shipment of hats specially produced for the new Israeli Army by the American-Jewish hat makers' union, whose Yiddish title "hitel-macher" (hat-maker) became the Israelis' coined name for these uniquely designed pieces of headwear with fastened collapsable sides (for neck-protection against the sun). The IDF quartermasters' symbol (the Hebrew letter 'Tzadi' in a circle) is stamped on the inside crown of the hat. On the inside rim is the key and significant characteristic of this first issue of hats - the maker's mark: a stamp in transliterated Yiddish spelled in Hebrew letters, reading: "Ai Matana Von Americaner Hitel-Macher Durch Der Initziation Von Trier Union Komitet Fur Histadrut" ('A present of the American hat-makers through the initiative of the Union Committee of the Histadrut' - the Histadrut is the Zionist labor union in Israel).