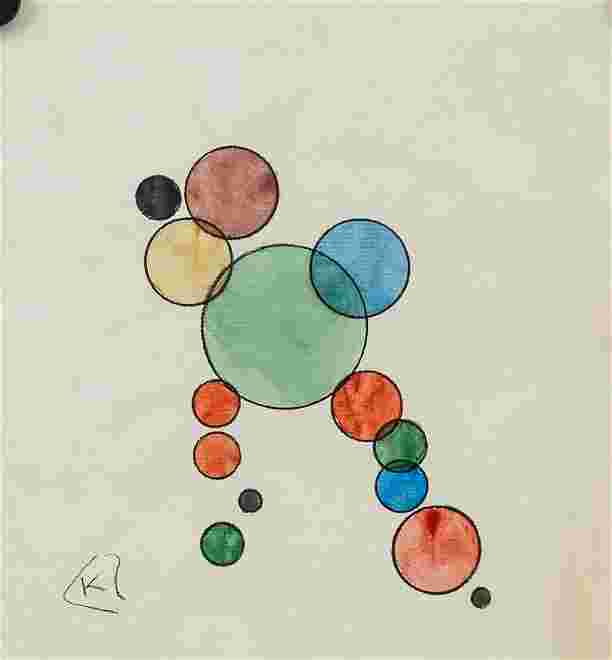 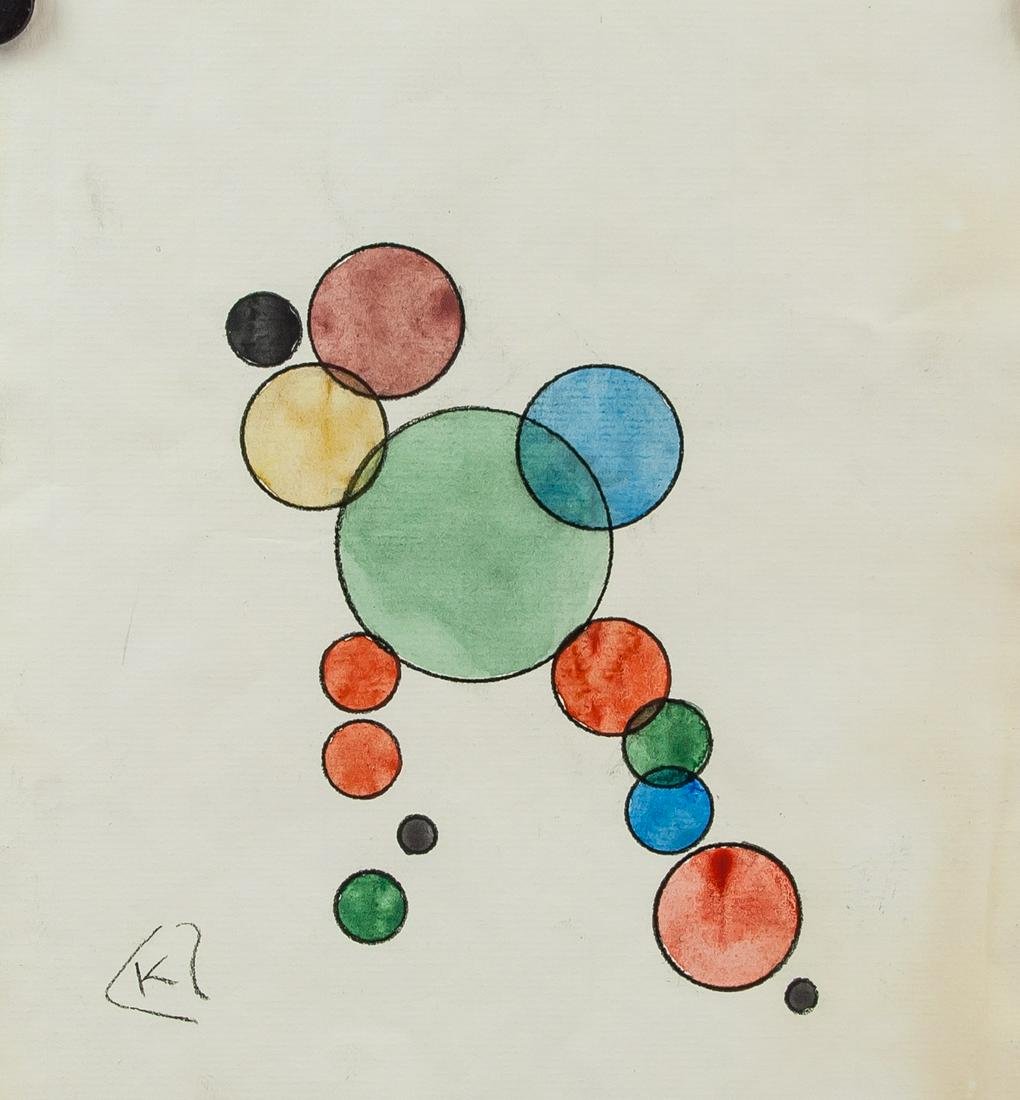 Wassily Kandinsky (1866-1944) was a Russian artist whose vibrant abstract paintings paved the way for Non-Objective Art. In an effort to step outside pictorial tradition, Kandinsky often described color as sound, with several of his most famous works titled using musical terminology, including Improvisation 28 (1912) and Composition VII (1913). â€œColor directly influences the soul. Color is the keyboard, the eyes are the hammers, the soul is the piano with many strings,” he wrote in his book Concerning the Spiritual in Art (1911). Born on December 4, 1866 in Moscow, Russia, as a child he studied music and drawing but chose a career in law as a young man. It was not until 1896 at the age of 30, that Kandinsky moved to Munich to pursue an education in painting. While in school, he forged relationships with Franz Marc, August Macke, Alexej von Jawlensky, and Gabriele MÃ¼nter. Together, these artists formed the short-lived Der Blaue Reiter group. Due to the outbreak of World War I, Kandinsky returned to Moscow, where he spearheaded Russiaâ€™s embrasure of avant-garde aesthetics, holding posts at both the University of Moscow and the Institute of Artistic Culture. After returning to Germany in 1921, Kandinsky began teaching at Walter Gropiusâ€™s newly formed Bauhaus School in Weimar. The school was shuttered by the Nazi regime in 1933, and the artist was once again forced to flee Germany. He died on December 13, 1944 in Neuilly-sur-Seine, France. Today, Kandinskyâ€™s works are held in the collections of the Art Institute of Chicago, The Museum of Modern Art in New York, the Tate Gallery in London, the Centre Georges Pompidou in Paris, and the Albertina in Vienna, among others.

4,183 Followers
Get notifications from your favorite auctioneers.
As Seen On
Shop With Confidence
Since 2002, LiveAuctioneers has made exceptional items available for safe purchase in secure online auctions.
Popular Searches
Artists & Creators
Brands
Style Periods
Origins
Company
Winning
Selling
Â© 2002-2020 LiveAuctioneers. All Rights Reserved.Cookie PolicyTerms & ConditionsPrivacy Policy
This site is protected by reCAPTCHA and the Google Terms of Service and Privacy Policy apply.
BACK TO TOP