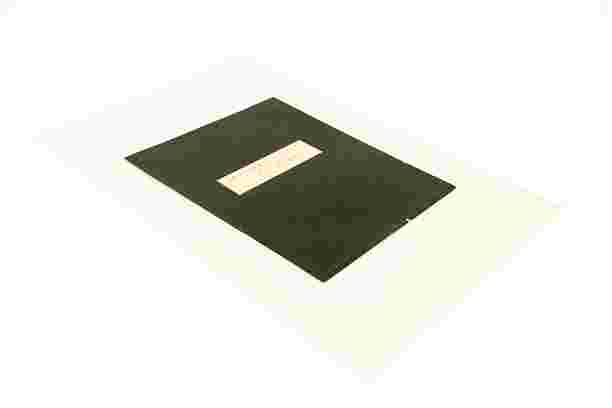 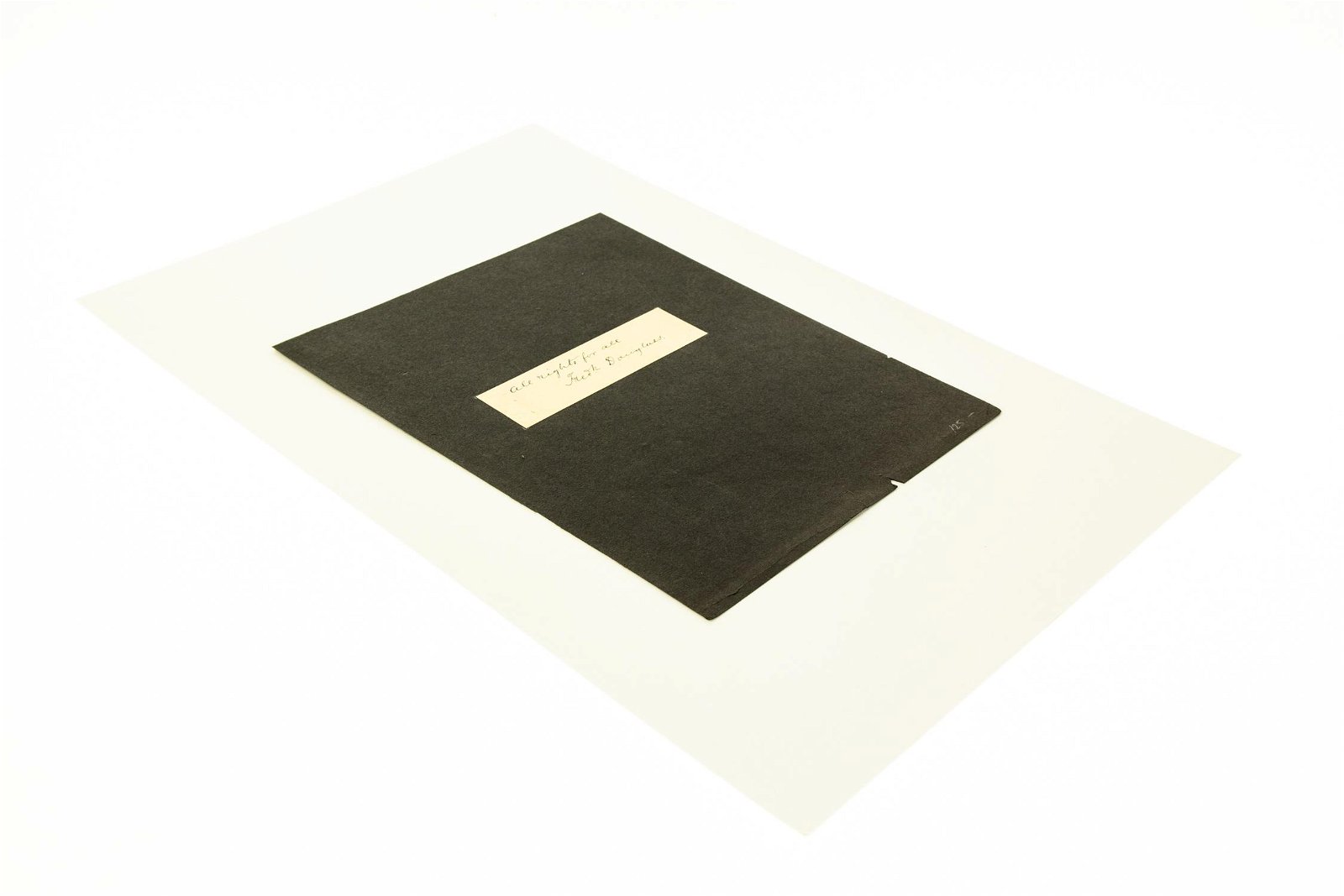 Details: This lot consists of an original Frederick Douglass signature and sentiment mounted on black paper affixed to cardstock. ″All rights for all″ was Douglass′s signature expression, written at the top of his newspaper.

Frederick Douglass (born Frederick Augustus Washington Bailey; c. February 1818 ‐ February 20, 1895) was an American social reformer, abolitionist, orator, writer, and statesman. After escaping from slavery in Maryland, he became a national leader of the abolitionist movement in Massachusetts and New York, gaining note for his oratory and incisive antislavery writings. In his time, he was described by abolitionists as a living counter‐example to slaveholders′ arguments that slaves lacked the intellectual capacity to function as independent American citizens. Northerners at the time found it hard to believe that such a great orator had once been a slave.

Douglass wrote several autobiographies. He described his experiences as a slave in his 1845 autobiography, Narrative of the Life of Frederick Douglass, an American Slave, which became a bestseller, and was influential in promoting the cause of abolition, as was his second book, My Bondage and My Freedom (1855). After the Civil War, Douglass remained an active campaigner against slavery and wrote his last autobiography, Life and Times of Frederick Douglass. First published in 1881 and revised in 1892, three years before his death, it covered events during and after the Civil War. Douglass also actively supported women′s suffrage, and held several public offices. Without his approval, Douglass became the first African American nominated for Vice President of the United States as the running mate and Vice Presidential nominee of Victoria Woodhull, on the Equal Rights Party ticket.

Douglass was a firm believer in the equality of all peoples, whether black, female, Native American, or recent immigrant. He was also a believer in dialogue and in making alliances across racial and ideological divides, and in the liberal values of the U.S. Constitution. When radical abolitionists, under the motto ″No Union with Slaveholders″, criticized Douglass′ willingness to engage in dialogue with slave owners, he replied: ″I would unite with anybody to do right and with nobody to do wrong.″
Condition / Notes: This signature shows well with minimal age wear indications. There is a small tear to the black backing paper and age toning to the signature paper.

The stated shipping cost in this listing will apply only to addresses within the continental 48 states. Within those parameters, the shipping cost for this lot will be: $8.50

910 Followers
Get notifications from your favorite auctioneers.
As Seen On
Shop With Confidence
Since 2002, LiveAuctioneers has made exceptional items available for safe purchase in secure online auctions.
Popular Searches
Artists & Creators
Brands
Style Periods
Origins
Company
Winning
Selling
© 2002-2020 LiveAuctioneers. All Rights Reserved.Cookie PolicyTerms & ConditionsPrivacy Policy
This site is protected by reCAPTCHA and the Google Terms of Service and Privacy Policy apply.
BACK TO TOP