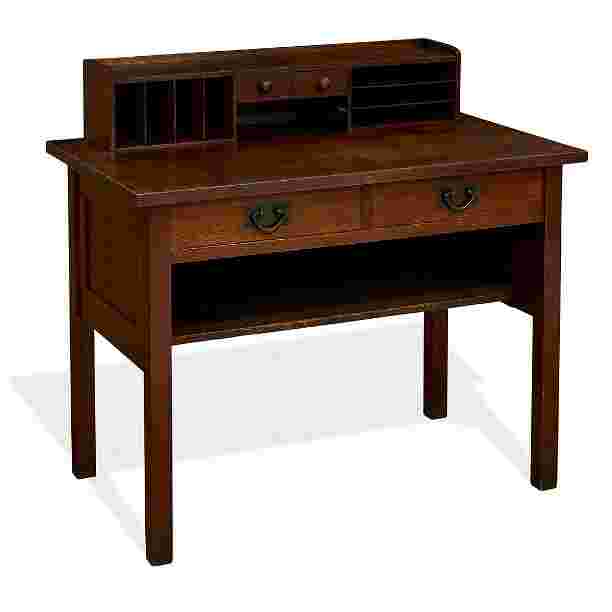 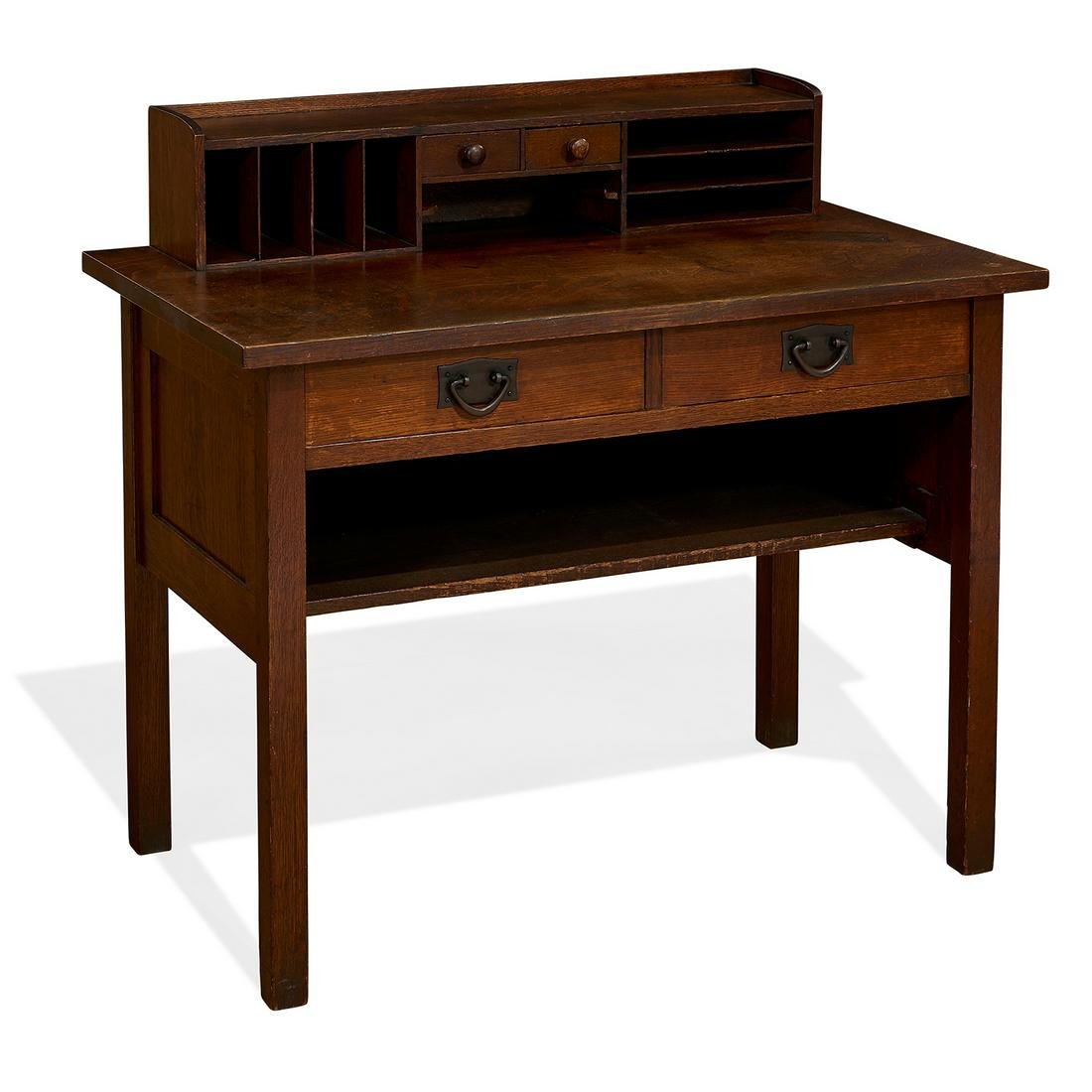 Biography: American Arts and Crafts leader Gustav Stickley was born in 1858 in Osceola, Wisconsin to German immigrant parents. At age 12, he earned his journeyman’s license in stonemasonry; at 17, he began work in his uncle’s chair factory, where he realized that he had a passion and aptitude for woodworking. Eventually, he started his own furniture business with his younger brothers, Charles and Albert. The chairs they created typically mark the origin of the Craftsman Style, also known as Mission or Mission Oak Style. Rather than produce machine-made, ornamental furniture like his contemporaries, Gustav Stickley sought a return to simplicity and handwrought pieces. An 1898 trip to Europe proved pivotal in determining Stickley’s direction. Inspired by the Arts and Crafts ideals of British designer William Morris, Stickley endeavored to create furniture to fulfill a purpose or mission and insisted that products be of high quality, comfortable, and practical. After returning to America, Stickley renamed his firm the Gustav Stickley Company. To promote his craft-centered design ethic and advertise his company’s furniture, Stickley launched a magazine called The Craftsman (1901-1916). Among various topics, Stickley wrote about the Morris chair he made to honor his biggest influence and published articles on building open-concept, light-filled bungalows. With clean, rectangular lines, Stickley furniture displays a sturdy, masculine style favoring oak. Although pieces are often large, their simplicity of design prevents them from appearing too bulky. True examples are usually identified by Stickley’s shopmark, a joiner’s compass with the words “Als ik Kan” (Flemish for “if I can”), and his signature. Some pieces have paper labels that identify Gustav Stickley’s shop, which is not to be confused with that of his brothers Leopold and John George Stickley, who operated their own factory at the same time. Gustav Stickley died in 1942 in Syracuse, New York. During the latter part of the 20th century, his Arts and Crafts furniture became quite popular again, achieving high results at auction and finding a home in the collections of various noteworthy museums.

6,413 Followers
Get notifications from your favorite auctioneers.
As Seen On
Shop With Confidence
Since 2002, LiveAuctioneers has made exceptional items available for safe purchase in secure online auctions.
Popular Searches
Artists & Creators
Brands
Style Periods
Origins
Company
Winning
Selling
Â© 2002-2020 LiveAuctioneers. All Rights Reserved.Cookie PolicyTerms & ConditionsPrivacy Policy
This site is protected by reCAPTCHA and the Google Terms of Service and Privacy Policy apply.
BACK TO TOP