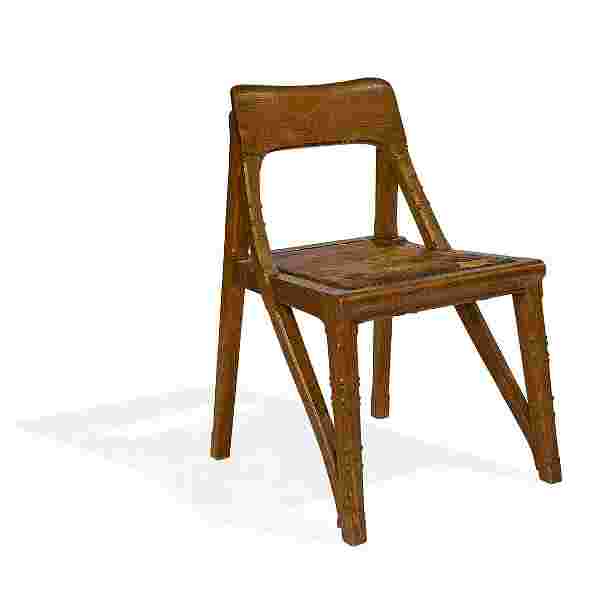 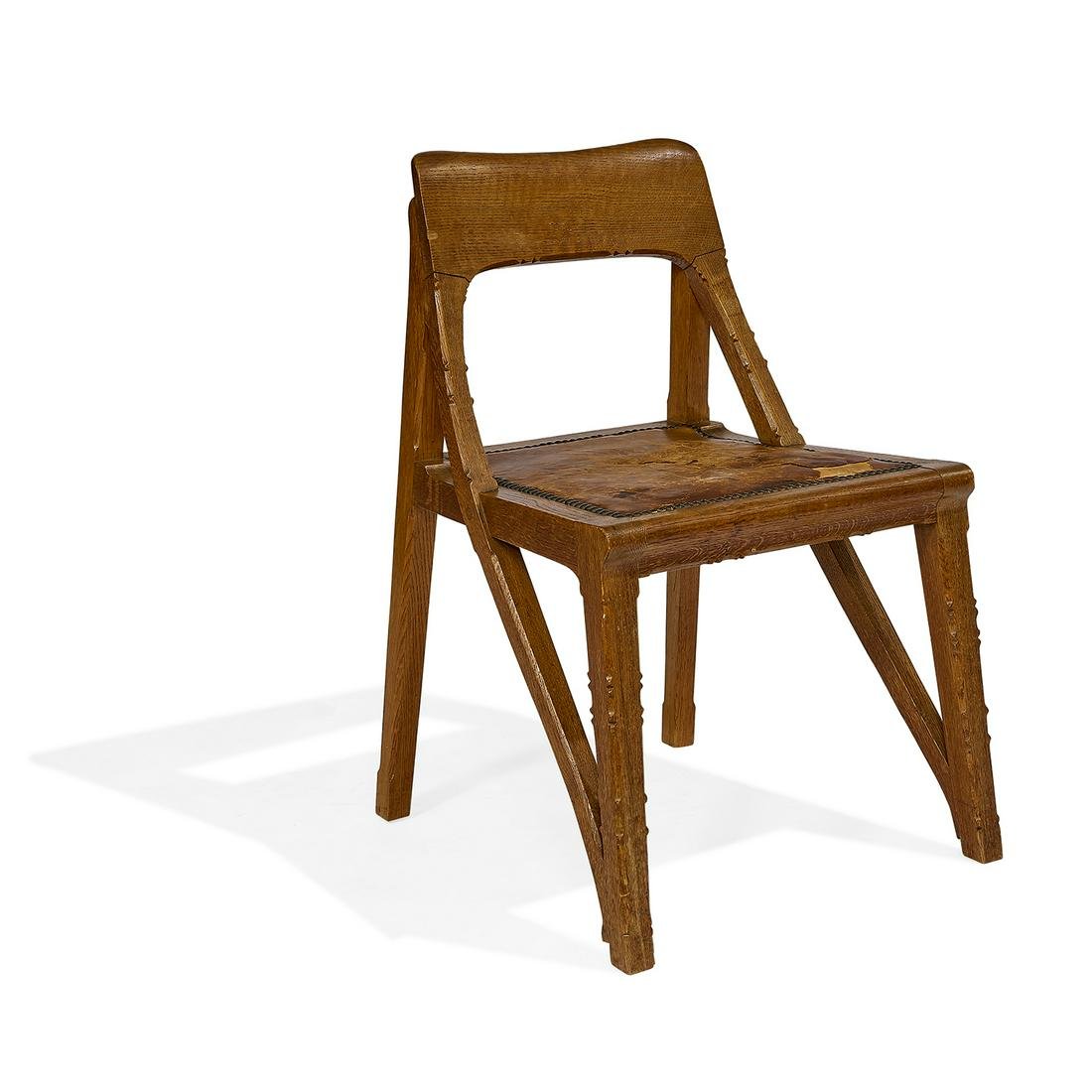 Exhibitions:
Similar examples are in the collections of the Art Institute of Chicago, the Museum of Modern Art in New York City and the Victoria and Albert Museum in London.

Biography: A leading figure of the Jugendstil movement in Germany, Richard Riemerschmid was born in Munich in 1868. After graduating from the Wilhelmsgymnasium in 1886 and serving in the army for two years, Riemerschmid studied at the Academy of Fine Arts from 1888 to 1890, studying under Gabriel von Hackl and Ludwig von Löfftz. Riemerschmid started his professional career as an independent painter and architect, occasionally producing advertisements on commission. He also wrote for Jugend, a progressive art magazine highlighting the Art Nouveau movement. Given his insistence that objects be crafted purposefully by hand from simple, natural materials, Riemerschmid’s aesthetics resonated with the English Arts and Crafts Movement. In 1895, he married actress Ida Hofmann, with whom he had four children. Seeking to raise his professional profile, Riemerschmid began designing furniture, serving wares, carpets, wallpapers, and other interior decorations. In 1898, he co-founded the Munich-based Vereinigte Werkstätten für Kunst im Handwerk (‘United Workshops for Art in Craft’). His 1899 furniture designs for a music salon exhibit in Dresden appealed to the public greatly, so mass production of the line followed. While Riemerschmid favored hand assembly, he nonetheless began with machine processing, which suggested a shift toward Modernism. By 1902, Riemerschmid had co-founded the Gartenstad-Gesellschaft (‘Garden City Association’) to promote public garden projects in the Dresden-Hellerau area. In 1907, with Josef Maria Olbrich and Peter Bruckmann, Riemerschmid formed the Deutscher Werkbund (‘German Association of Craftsmen’). From 1912 to 1924, he served as director of Munich’s Kunstgewerbeschule (‘School of Applied Arts’). From 1926 to 1931, he directed and taught at the Kölner Werkschulen (‘Cologne Academy of Fine and Applied Arts’). Late in his career, Riemerschmid wrote books on art education even though the Nazi regime undermined his scholarly efforts. However, he was awarded the Goethe Medal for Art and Science in 1943. Riemerschmid passed away in 1957, but today his designs are found at the Victoria and Albert Museum in London, the Museum of Modern Art in New York City, the Art Institute of Chicago, and other important institutions.