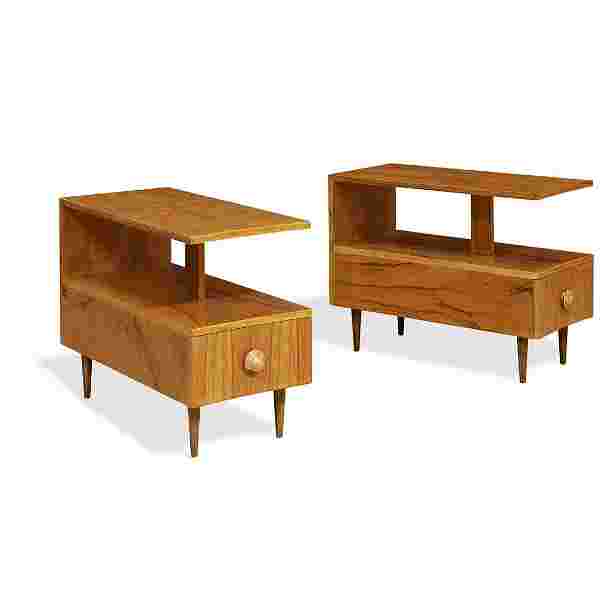 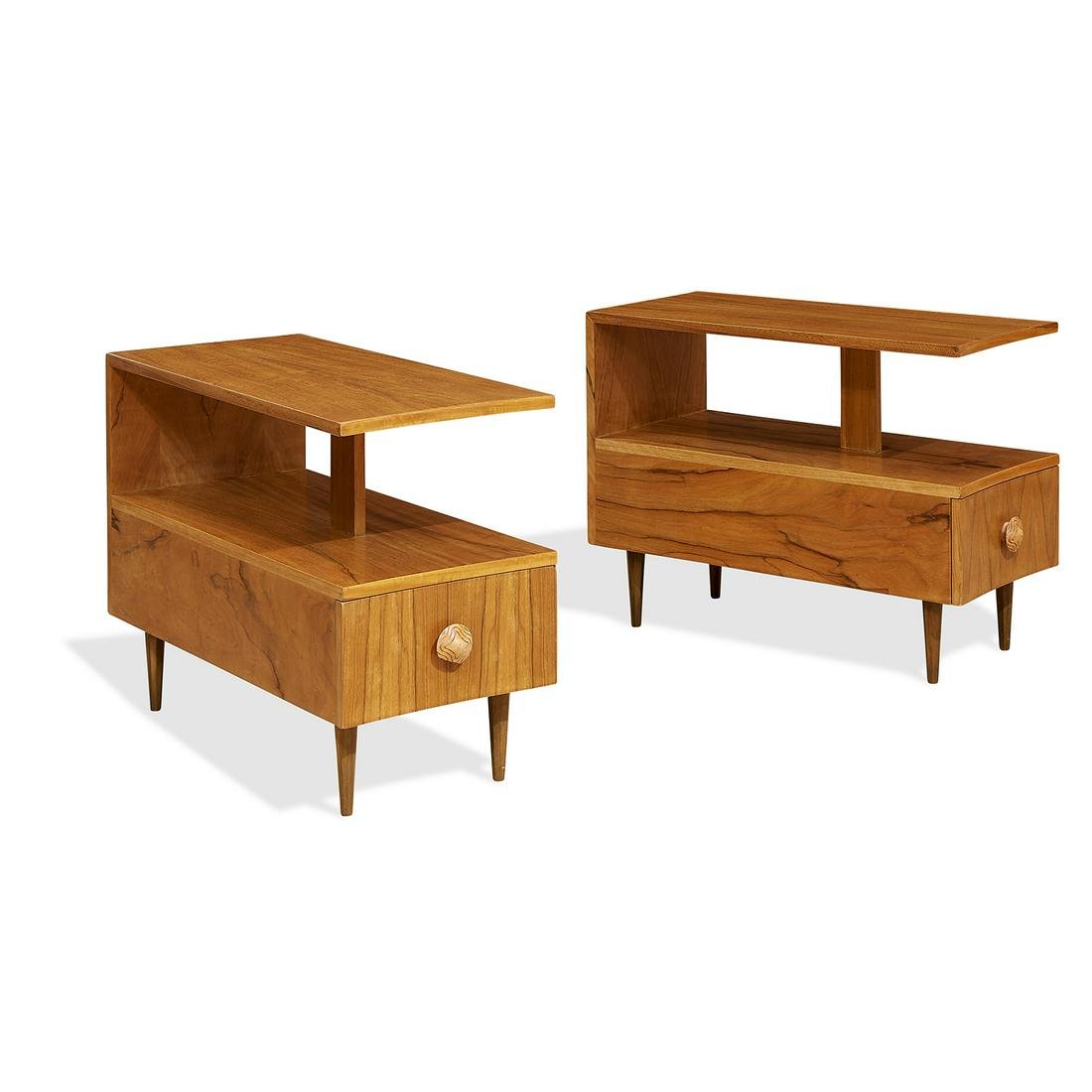 Evidence of very minor prior restoration and fills to veneer. Losses along edges in a few areas. One circular drawer pull is missing a broken piece about 1 1/2". Light surface scratching throughout commensurate with age and use. Overall very good vintage condition.