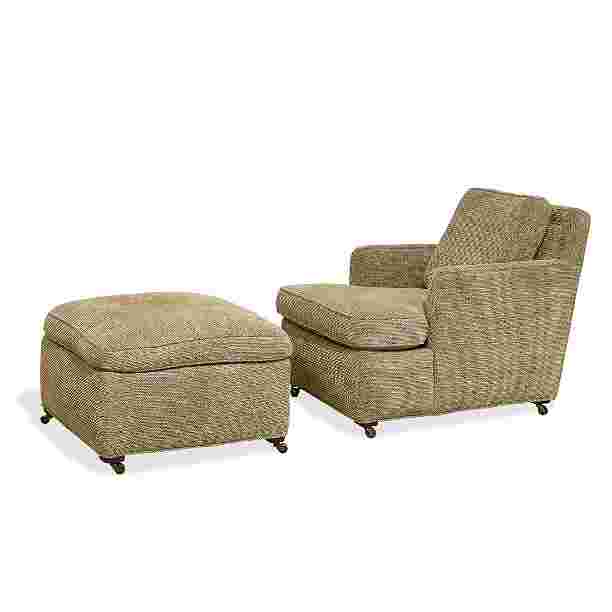 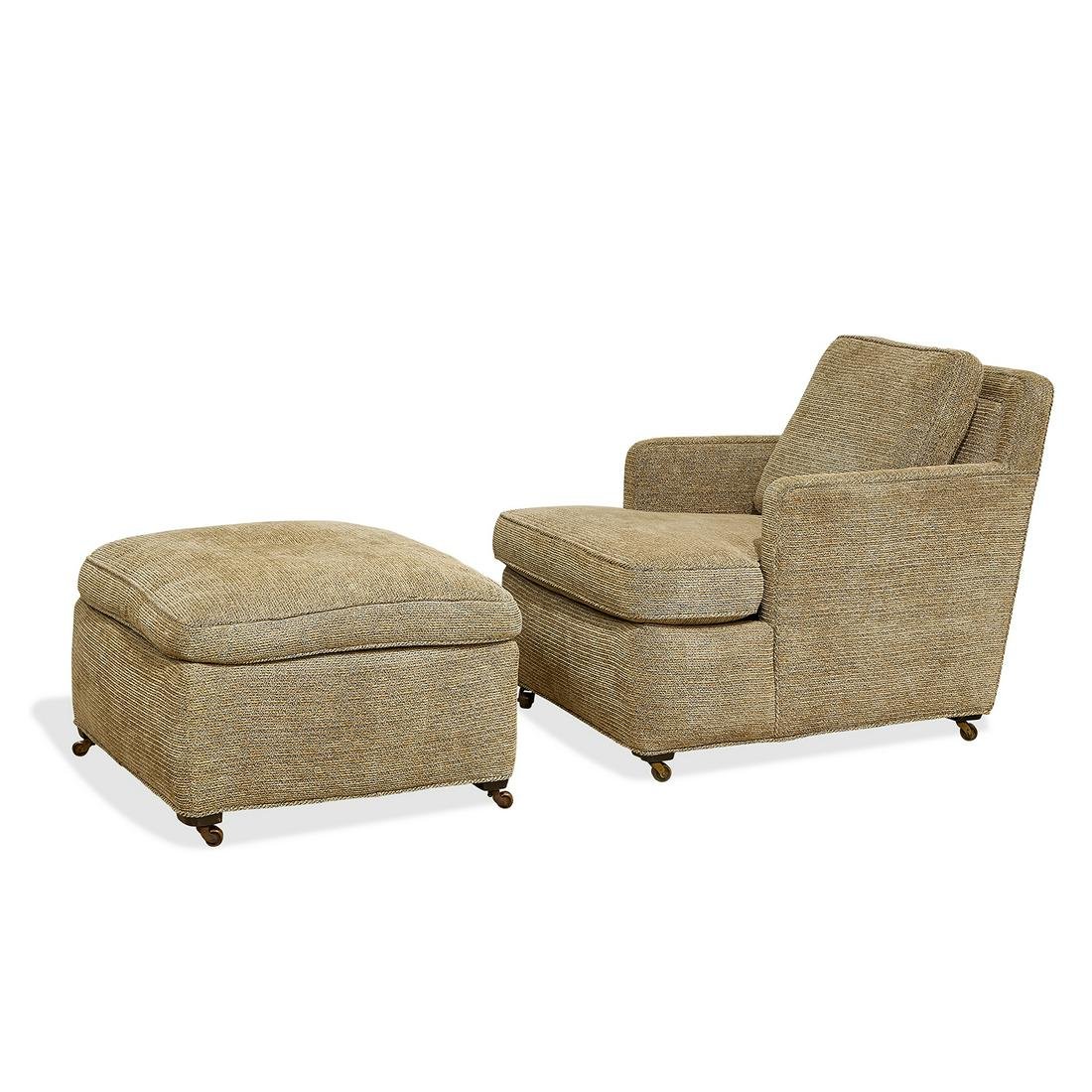 Upholstery of chair is clean and in overall excellent vintage condition. One seam connecting ottoman cushion to base has ripped but is not visible in use.