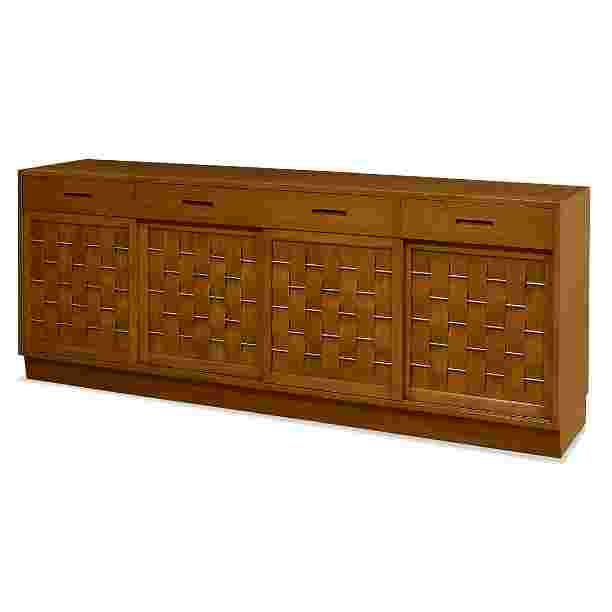 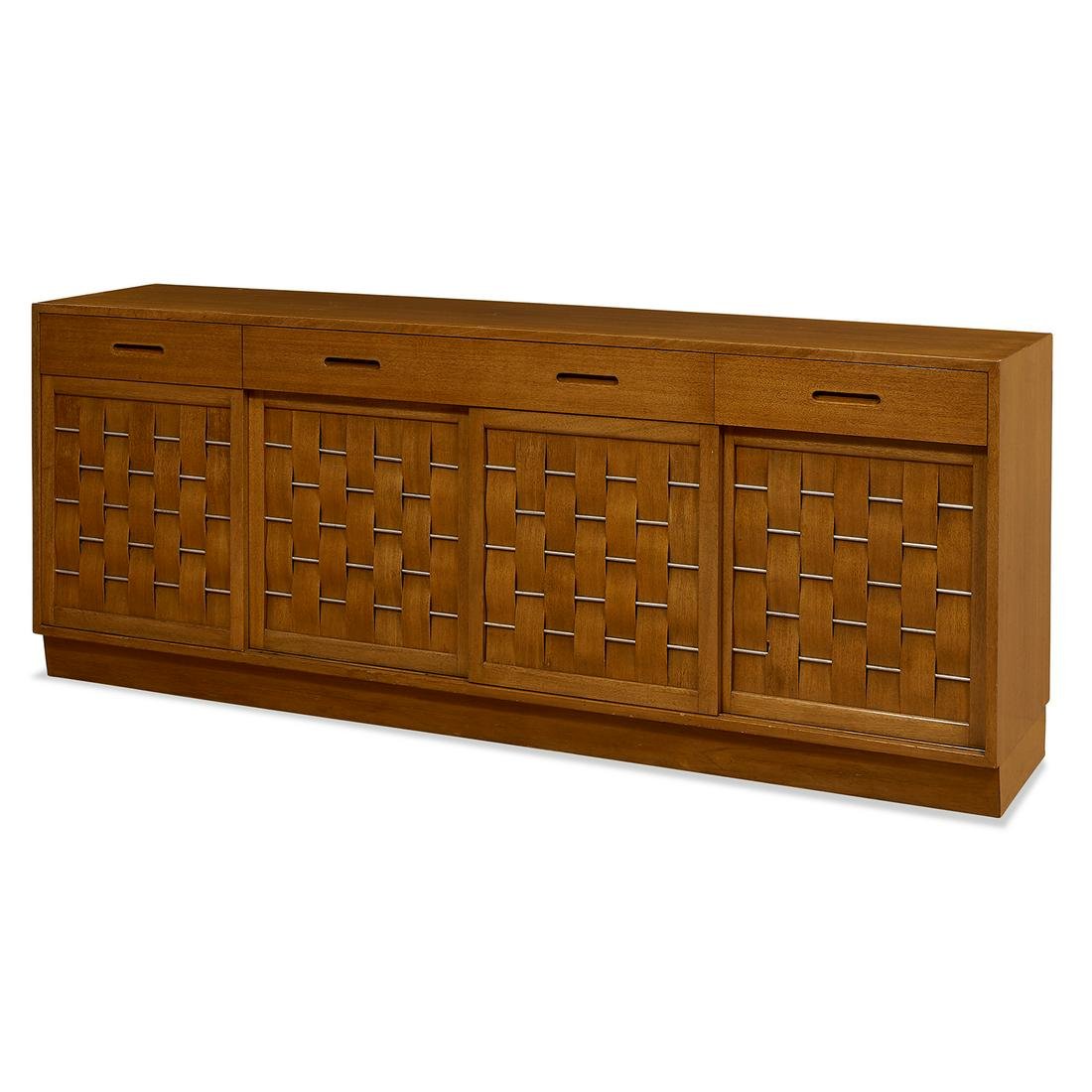 Light damage to top surface including light scratching, small areas of finish loss and small areas of crackling to finish. The veneer itself is not substantially damaged. There is a 1" x 3/8" loss to a vertical woven veneer strip of one door panel. Structurally sound.