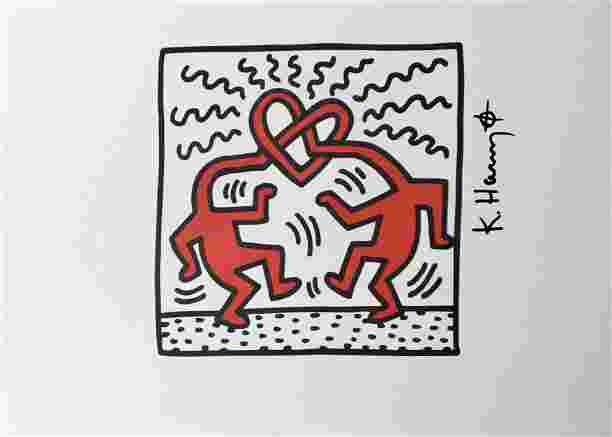 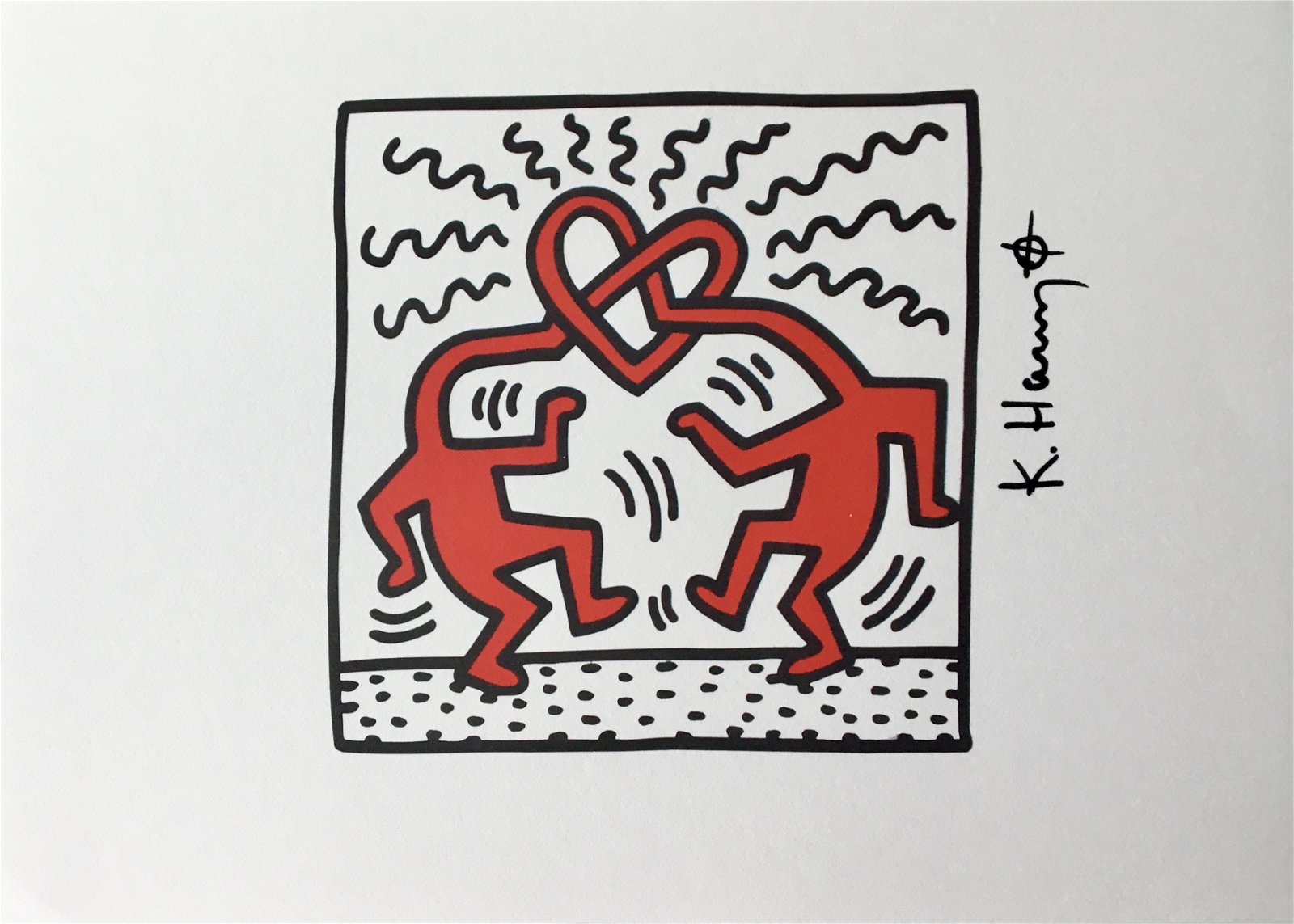 After Keith Haring lithograph on thick lithographic paper, Keith Haring written in marker on the right . Size: 28X21cm approx. Keith Allen Haring (May 4, 1958 to February 16, 1990) was an American artist whose pop art and graffiti like work grew out of the New York City street culture of the 1980s. Haring s work grew to popularity from his spontaneous drawings in New York Subways chalk outlines of figures, dogs, and other stylized images on blank black advertising space backgrounds. After public recognition he created larger scale works, such as colorful murals, many of them commissioned. His imagery has become a widely recognized visual language. His later work often addressed political and societal themes especially homosexuality and AIDS through his own iconography. No COA. Unframed.

GOOD CONDITION
All authorship of items in this catalog are described according to the following terms:
Signed [Artist Name]: In cases in which the signature is legible in the lot, this work is described as-is with no attributions given.