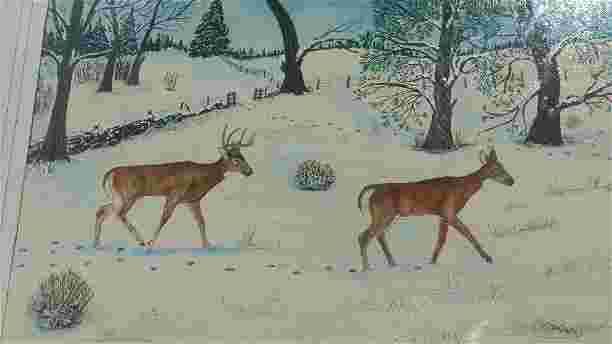 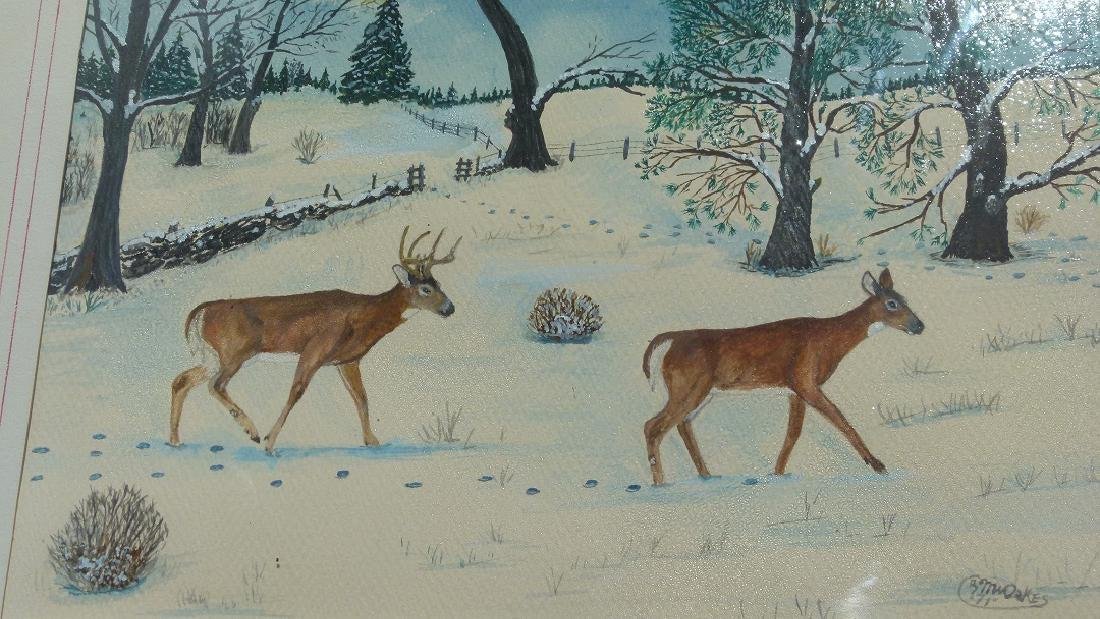 The Story of Maurice W. Oakes:


M. W. Oakes murdered his wife one night while drunk. He first Killed a cat and then told her to shut up or he would kill her. She did not listen and he shot her. This picture was painted while in the Winsor State Prison, Winsor, Vermont. He gave it to his neighbor Woody. Woody was going steady with Sally Brown of Brownsville, Vt. She had a hard drivway to come out of and one Sunday in broad day light, a gay man from Austerity, Vt. on a motorcycle smashed into Woody's pickup truck at a speed in of 70 mph. The young man was killed instantly and laid on the lawn of my mother & father's front steps of Phillips and Rehealth Egelard. of Brownsville, Vt. Woody's truck was a total loss and he was upset over the death of the man, thinking people would think of him as of his Uncle, a murderer. My folks took him in the house and calmed him down. For this he later presented this picture to them and they in turn to [blanked out] and Douglas Enelarnd ??? of Reading Vt, now Dickinson Ctr.. NY.

Any description and/or condition statement is given as a courtesy to a client, is only an opinion and should not be treated as a statement of fact. Orange County Estate Liquidators shall have no responsibility for any error or omission. The absence of a condition statement does not imply that the lot is in perfect condition or completely free from wear and tear, imperfections or the effects of aging.Unless otherwise stated, all artwork sold by Orange County Estate Liquidators is assumed to be "after", "school of", "manner of" or "circle of" and will carry no warranties or guarantees as to authorship or authenticity whether stated or implied by other parts of this agreement or description. Ignorance of terms by buyer (s) is no excuse to bring action against the auction house or consignor.